888 back in hot water with Gambling Commission as regulator demands £9.4m fine for AML and responsibility failures 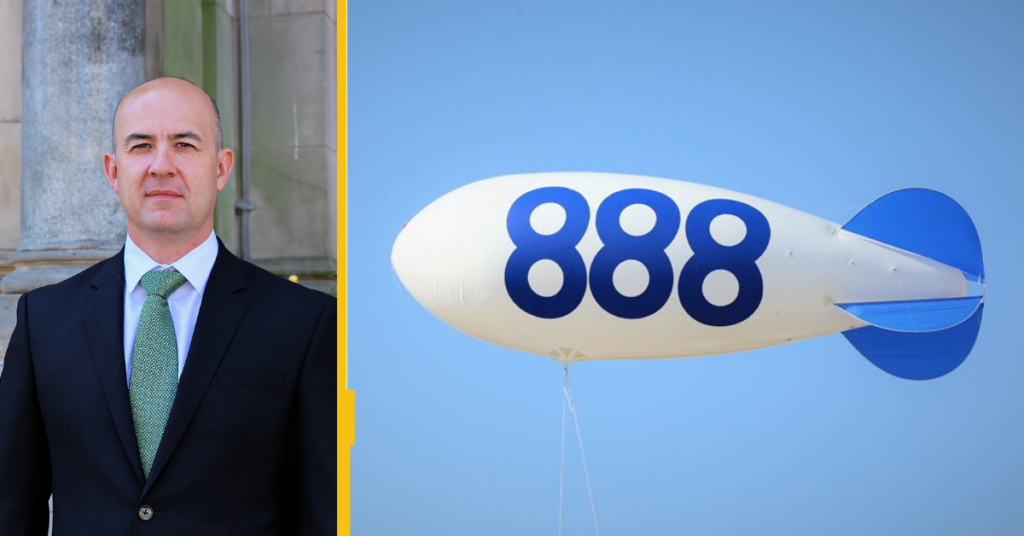 888 will pay a £9.4m fine in the UK after the Gambling Commission discovered serious social responsibility and anti-money laundering failings.

The operator has also received an official warning from the Commission and will undergo extensive independent auditing following the failures, which were identified during an investigation that ended in October 2020.

Social responsibility failures included a lack of proper financial checks on customers who deposited less than £40,000. The operator did not interact with one player who lost £37,000 over a six-week period during the Covid-19 pandemic and failed to take into account Gambling Commission formal guidance on customer interaction.

According to the investigation, most customer interactions consisted of an email detailing responsible gambling tools, which did not require a customer response, while there was no evidence that the operator proactively placed restrictions on accounts where social responsibility concerns were raised.

Finally, the operator also failed to ensure that customer interactions and restrictions were managed holistically for customers with multiple accounts. In one example, a customer had one of his 11 accounts restricted due to source of funds (SOF) concerns, but was allowed to open three further accounts and continue gambling.

With regards to the firm’s AML-related licence conditions, allowing customers to deposit £40,000 before carrying out SOF checks was declared in breach of Gambling Commission rules. One customer was even permitted to spend £65,835 in five months without appropriate SOF checks being carried out.

Further, 888 accepted verbal assurances from customers about their employment income and was found to be reliant on open-source information to validate SOF, ruled the regulator.

The Commission said 888 had not effectively implemented its own AML policies, which stated that customers had a 10-day period to present SOF documentation before their account was restricted. In one case, proof of SOF was requested from a customer but only three weeks after the 10-day trigger, during which time the customer lost £15,000.

888 previously paid a £7.8m penalty package in 2017 after the Gambling Commission found they had failed vulnerable customers by allowing self-excluded players to continue gambling, among other breaches.

“The circumstances of the last enforcement action may be different but both cases involve failing consumers – and this is something that is not acceptable,” said Gambling Commission CEO Andrew Rhodes.

“Today’s fine is one of our largest to date, and all should be clear that if there is a repeat of the failures at 888 then we have to seriously consider the suitability of the operator to uphold the licensing objectives and keep gambling safe and crime-free.”

In response, 888 accepted the Gambling Commission’s ruling and set out several changes it had implemented since being made aware of the failings.

Since the compliance assessment concluded in October 2020, 888 said it had implemented additional customer SOF checks and loss limits, reduced thresholds in customer behaviour monitoring technology and invested further in its safer gambling and compliance team.

The London-listed operator said it had also started several other safer gambling initiatives, including the launch of a customer-focused interface called Control Centre, which enables users to monitor their gambling activity through real-time data.

It has also established a new ESG committee of its board of directors, which it said will enhance the board’s oversight of 888’s progress against its safer gambling commitments and objectives.

Itai Pazner, 888 CEO, commented: “We recognise our responsibility to make gambling safer and regret that previous implementation of our processes failed to meet required standards in the UK.

“We accept the findings of the UKGC’s investigation of some of 888’s former policies and procedures and have taken immediate appropriate action to improve and address the failings.

“Over recent years we have made significant investments in safer gambling, including more than doubling the size of our compliance team since 2019. We will continue to work closely with the UKGC, our peers and other stakeholders to drive continuous improvement in the industry.”

The operator said it expects no impact on the group’s 2022 financial forecasts from the announcement. 888 is due to report its full-year financial results for 2021 on 9 March 2022.