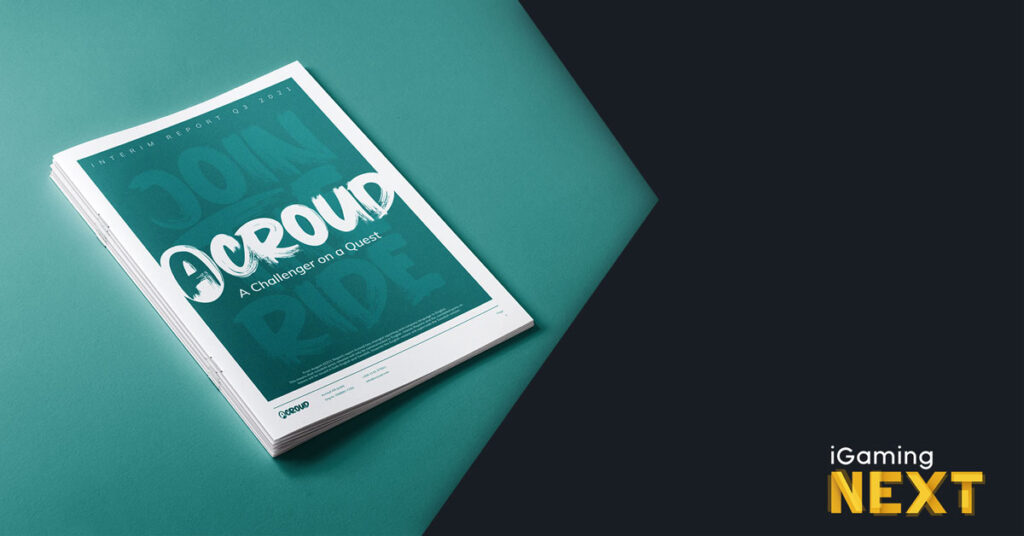 Organic growth, however, was just 0.3%, as the majority of revenue was driven by assets which were newly acquired this year.

Revenues consisted of €3.7m from the business’ SaaS segment, following its acquisition of Power Media Group in January 2021, and €2.7m from iGaming affiliation.

Within the business’ iGaming affiliation segment, 68% of revenue was generated in Europe. A further 21% came from North America, while 11% was attributable to other markets.

The majority of affiliation revenue, 53%, was earnt on revenue share agreements. Cost-per-acquisition (CPA) agreements brought in 21%, while other agreement types accounted for the remaining 26%.

Matching Visions accounted for the majority of revenue in the SaaS segment, at €3.3m. Voonix accounted for a further €202,000, while other parts of the business brought in the remaining €280,000.

Acroud said: “The revenue development within Matching Visions is solid, driven by organic growth as well as the successful penetration in the Streaming market (Twitchers and Youtubers).”

“This is further complimented by strong growth in the number of New Depositing Customers (NDCs) delivered to operators reaching 21,454 NDCs in the third quarter compared with 10,483 in the corresponding period the previous year. Additional growth initiatives are being worked upon to target new markets, such as the Dutch and LATAM markets as well as the eSports segment.”

After personnel expenses of €1.0m and other external expenses of €4.5m, EBITDA came to €1.3m, up 30.9% year-on-year. Expenses were significantly higher than Q3 2020, as a result of additional costs associated with Acroud’s recent acquisitions – including Power Media Group and tipster service TheGamblingCabin.

Across all segments, the business registered 39,362 new depositing customers (NDCs) during Q3, up significantly from the 5,312 registered in Q3 2020.

Robert Andersson, CEO of Acroud, said that during the quarter the business had actively continued to invest in new growth initiatives for the future, at the expense of its short-term profitability.

The business is not satisfied with its current EBITDA level, he said, with a margin of around 20%, but is sure of its progress, and underlying KPIs are showing strong trends which will bear fruit going forward.

The business suffered an impact from the regulation of the Dutch online gaming market, Andersson said, which negatively impacted its revenues from summer 2020.

He continued that Acroud is in a favourable position within the market, however, as the best way to describe the long term future of the jurisdiction is a ‘land grab’.

Andersson also said he is confident the core affiliate business will see solid organic growth, as well as growth in the US during 2022.

“To sum up where we stand at the moment, I can conclude that we have put a very eventful quarter behind us, integration and operational wise.”

“The fruit of the hard work has started to pay off, reaching 40,000 NDCs in Q3, which means that the EBITDA impact will come over time. In addition, after closing the third quarter the Dutch market has re-opened, which we will consider to be one of our core markets going forward,” Andersson concluded.