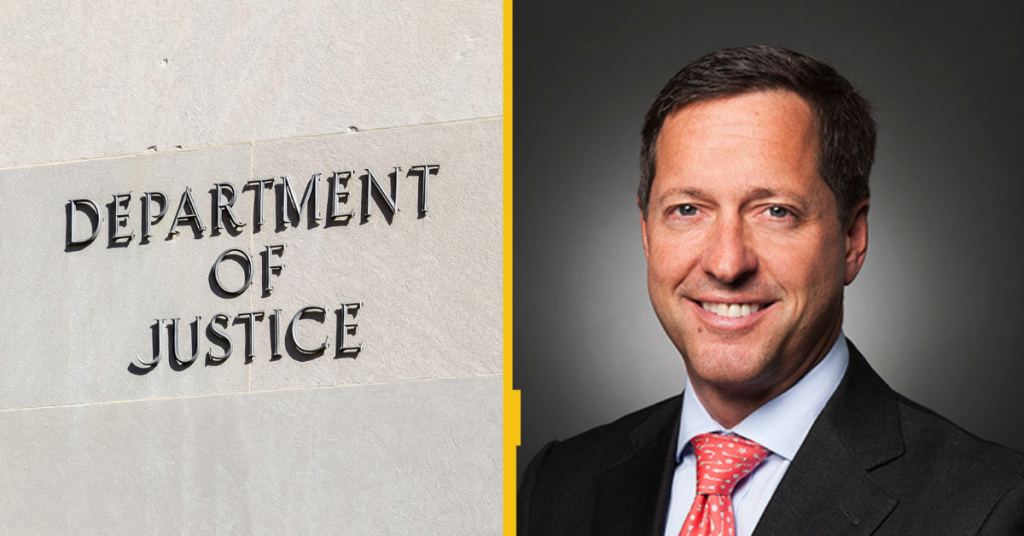 The American Gaming Association (AGA) has called upon the US Department of Justice (DoJ) to do more to tackle unlicensed gambling companies with a presence in the country.

“While the challenge of illegal gambling is not new, the brazen and coordinated manner in which it occurs – both online and in communities – has elevated this problem to a level that requires significant federal attention,” wrote AGA president and CEO Bill Miller in a letter dated 13 April and addressed to Attorney General Merrick Garland.

The AGA released a report last year showing that while the manufacturers and operators of so-called ‘skill based’ gaming machines – which closely resemble traditional slot machines – claim the games are offered outside the realm of traditional gaming regulations, many punters are unable to distinguish between these machines and traditional slots.

Further, the association argued, the machines put customers at risk, undergo no game integrity or fairness testing, do not comply with anti-money laundering or cybersecurity standards, and are capable of being used to prey on vulnerable or underage customers.

In addition, such machines also often have ties to organised crime, the AGA said, with links to money laundering, drug trafficking, violent crime and more.

With regards to unregulated gambling online, the letter pointed out that nationwide prohibition of the activity until the repeal of PASPA in 2018 led to the development of an illegal US sports betting market estimated to be worth more than $150bn annually.

Since the widespread roll out of sports betting regulation in 33 states and Washington DC to date, the AGA pointed out that unlicensed brands such as Bovada, MyBookie and BetOnline continue to enjoy high visibility among US customers, who can still easily access the sites to place bets.

AGA CEO Bill Miller: “These illegal sites also enjoy many competitive advantages that allow them to offer better odds and promotions and ignore any commitment to responsible gaming.”

“These illegal sites also enjoy many competitive advantages that allow them to offer better odds and promotions and ignore any commitment to responsible gaming because they do not pay state and federal taxes or have comparable regulatory compliance costs and obligations,” Miller said.

The letter also pointed to research carried out by the association in 2020, which showed that while customers in the US want to bet with licensed operators, the availability of unlicensed offerings is a cause of confusion.

While 74% of survey respondents thought it was important to only bet with legal providers, 52% continued to use unlicensed operators, and 63% of these customers later said they were surprised to learn they had been betting through unregulated brands.

“The Justice Department is the only law enforcement entity that can credibly address these illegal offshore sportsbooks and casinos,” read the letter.

“The AGA recognises and appreciates the enforcement challenges associated with this form of transnational crime and is grateful for the FBI’s recent public service announcement to better educate Americans about the dangers associated with illegal gambling operations. However, the pervasiveness of this illicit activity requires more sustained attention and action from the department.”

Finally, it called upon the DoJ to investigate and indict the largest offshore operators present in the US, which would “provide much-needed clarity that these websites are criminal enterprises, which can help to deter the American public from visiting these sites and prompt businesses to take appropriate action to ensure they are not supporting them.”