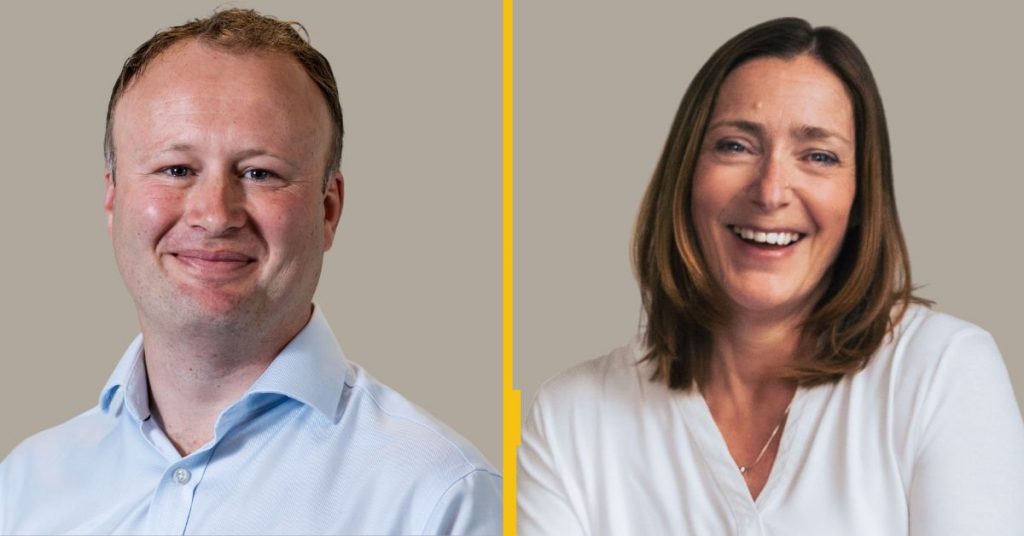 The UK’s next National Lottery operator Allwyn has been given the go-ahead to acquire incumbent operator Camelot and has made changes to Camelot’s leadership team, including the appointment of new co-CEOs.

Allwyn has received regulatory approval from the UK Gambling Commission to take over Camelot from its parent company, the Ontario Teachers’ Pension Plan, for an undisclosed price.

Previously, media outlets have estimated the transaction to be around £100m.

The agreement covers all of Camelot’s UK operations, which are currently run out of Watford, including the right to operate the National Lottery competition until February 2024.

Allwyn will assume control at that time. It was awarded the fourth National Lottery licence in September 2022 following a tender process, albeit after Camelot dropped its appeal against the decision.

On completion of the deal, Camelot’s current CFO Clare Swindell and commercial director Neil Brocklehurst (both pictured) will become co-chief execs and will lead Camelot until the end of January 2024.

Swindell joined Camelot in 2017 as CFO and was appointed to the board in September 2019.

Before joining Camelot, she was group CFO at marketing company dunnhumby and held several senior finance roles at Tesco, including as CFO for Tesco.com.

Brocklehurst has worked for Camelot in a variety of senior roles for 15 years and became commercial director in 2018.

His lottery experience includes working in the UK, Ireland and North America within Camelot Global, including as interim managing director.

Camelot’s current chairman Sir Hugh Robertson and CEO Nigel Railton will step down from the board.

Sir Keith Mills is expected to be appointed as the new chair at closing of the transaction, subject to regulatory approvals.

Mills, who is regarded as the mastermind behind London’s successful 2012 Olympics bid, also led Allwyn’s winning bid for the UK National Lottery licence.

Allwyn, meanwhile, welcomed the news that the Gambling Commission had cleared the company’s acquisition of Camelot UK, although the acquisition remains subject to certain regulatory conditions.

Allwyn said its ownership of Camelot would produce greater clarity and certainty for the future of the National Lottery, as well as for the good causes it funds and for the employees of both firms.

Last week, Allwyn CEO Robert Chvátal was made interim CEO of Allwyn UK upon the departure of David Craven, who had led the team that won the bid to replace Camelot as the UK National Lottery’s next operator.

Chvátal commented: “Acquiring Camelot will help ensure a smooth transition from the third to the fourth licence, while bringing together the collective expertise and technical know-how of two highly experienced lottery operators.

“We are thrilled to welcome Camelot into the Allwyn family. We are united by our common passion: to protect and improve the National Lottery, and the good causes it supports,” he added.

The news of the UKGC approval and leadership changes come after Allwyn also announced the purchase of the American-based Camelot Lottery Solutions division of companies from the Ontario Teachers’ Pension Plan Board in December.

The 2.6% increase over the same period in 2021 marked the first time sales exceeded £4bn during the first half of a financial year.

These sales helped the lottery operator increase its contributions to good causes by 8.1% to £956.5m, the largest amount ever donated during the first half of any financial year.

Elsewhere, Allwyn recorded a strong 11% increase in gross gaming revenue (GGR) to €958.6m for Q3 2022, which was the company’s best quarter to date.

Despite the impressive financial results, Allwyn did not proceed with its planned SPAC listing in the US with Cohn Robbins Holdings Corp due to concerns over a potential economic recession.