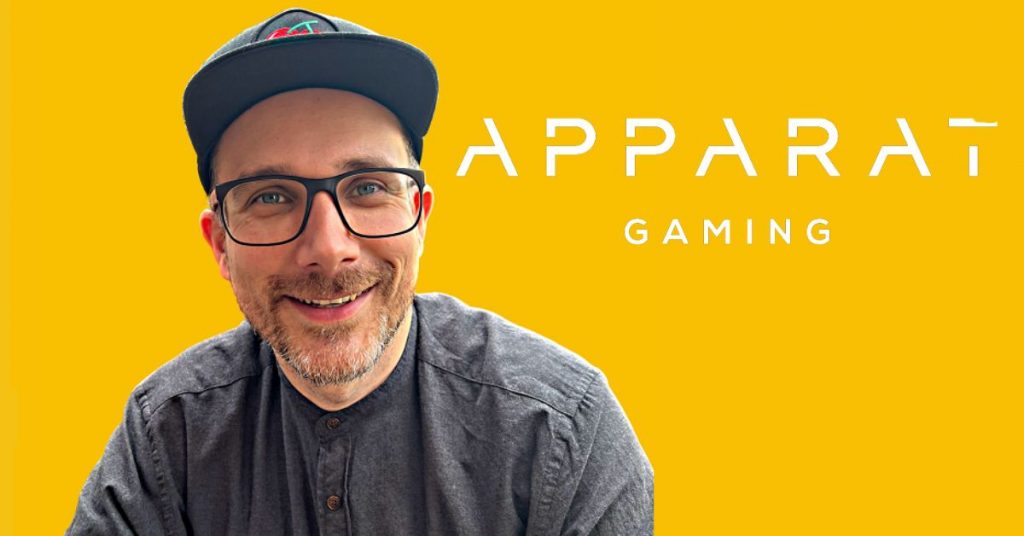 Apparat Gaming co-founder Martin Frindt has agreed to take on an active role in the operations of the German games development start-up.

Frindt’s primary responsibilities will be to assist with the alignment of the rapidly expanding company and to close more top-tier partnership deals in the German market and beyond.

Founded in 2020, Apparat Gaming is on a mission to deliver ‘iGaming with a German Accent’ and has struck high-profile partnerships with Relax Gaming, Pariplay and others.

Apparat Gaming director Thomas Wendt: “Martin is a crazy slot nerd, and his experience in the industry speaks for itself.”

As a serial entrepreneur, Frindt is one of the co-founders of Apparat Gaming, but he has now joined the team in an official capacity.

Frindt commented: “I’ve been involved with Apparat Gaming since its inception, but now I am officially part of the team, and that feels great.

“The company has achieved so much in such a short space of time. All I can say is I’m proud to be involved, and I am ready to go full throttle,” he added.

Before Apparat Gaming, Frindt was co-founder of Crowdpark, a social betting and gaming start-up, which was backed by Earlybird and Target Partners.

It was later partially acquired by one of the largest land-based casino operators in Germany, which was when he met Thomas Wendt, another co-founder of Apparat Gaming.

“Martin is a crazy slot nerd, and his experience in the industry speaks for itself,” said Wendt.

“With his tech background, his ability to familiarise himself with almost any topic and his proven record of building companies, it was a no-brainer to found with him. And it’s always fun to work with him,” he added.

In his previous role as head of online and MD of the iGaming subsidiary of Bally Wulff – the number three slot machine manufacturer in Germany – Frindt was responsible for the development of more than 40 online casino titles.

Frindt is a cycling enthusiast and vegetarian by conviction. He owns a bike clothing company, and often can’t decide in the morning which of his six bikes he will use to get to work.