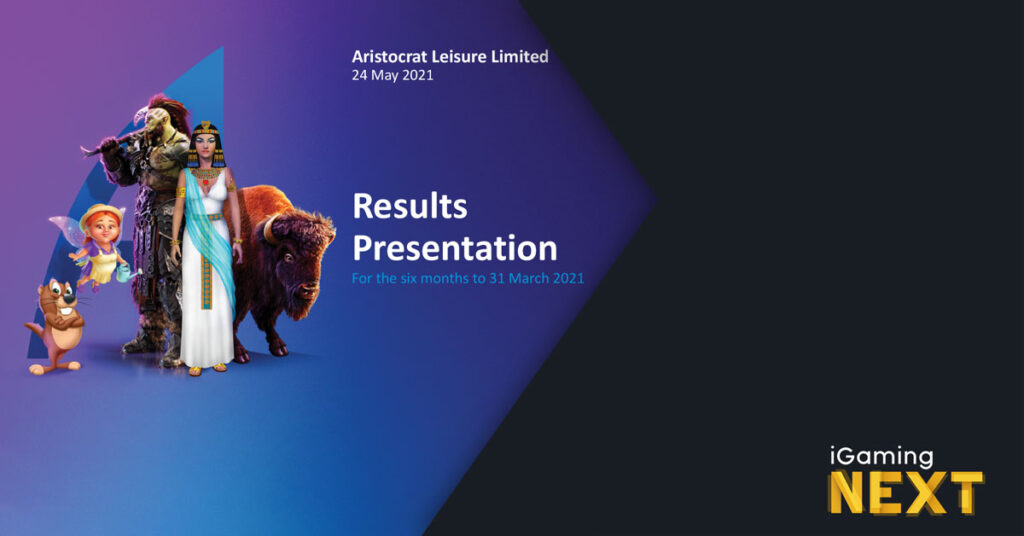 Of Aristocrat Gaming’s total revenue, US$1.37bn came from the Americas, with A$400m coming from the Australia and New Zealand (ANZ) region.

From this, the business declared a normalised profit after tax and before amortisation of acquired intangibles of A$864.7m, up 81.4% year-on-year. Aristocrat said this represents a growth rate of around 102% in constant currency.

This, it said, reflects its strong product and portfolio performance, and profitable growth across both Aristocrat Gaming and Pixel United.

While the business said its portfolio of assets continued to grow and diversify during the period, 80% of revenue was derived from recurring sources, which it said enhanced its resilience.

Growth continues to be underpinned by investment in game design, development and technology, Aristocrat said, with the business investing A$527.6m, or 11.1% of group revenue, in design and development during the period.

Aristocrat Gaming saw an “outstanding” average fee per day (FPD) across North American Class II and Class III premium installed bases, which grew to 54,032 units during the quarter. Almost all of those machines were switched on in venues that were open as of 30 September, the business said.

It said the results were supported by stronger than expected consumer sentiment and economic conditions in the US and ANZ region.

Pixel United also cemented its position as a top 5 mobile game publisher in tier 1 western markets, it said, having published 7 of the top 100 mobile games in the US across multiple genres as of the end of the quarter.

The business also described itself as the clear number 1 publisher in the social slots segment, and number 2 in the broader social casino genre.

Pixel United saw a 25% increase in average bookings per daily active user, to US$0.74, which was driven by performance of its social casino games, improved monetisation of casual games and continued scaling of its RAID: Shadow Legends title.

Overall demand for the games remained at elevated levels compared to the pre-Covid period, the business said.

With regards to Aristocrat’s proposed acquisition of Playtech, which was announced on 18 October, the business reiterated that the 680 pence per share all-cash offer represents a 58% premium on Playtech’s undisturbed share price, and that the acquisition has received a unanimous recommendation from Playtech’s board.

The business has also received irrevocable commitments and letters of intent from Playtech shareholders representing 16.52% of Playtech share capital as of 15 November, it said.

An interim finance agreement has been put in place to provide funding certainty to complete the proposed acquisition, and Aristocrat has successfully completed A$1.3bn in equity raising as part of a fully underwritten finance package.

The regulatory approval process is on track, and the business is focused on progressing this quickly, it said. Aristocrat expects the transaction will be completed as planned in Q2 2022.

Earlier this month, it was revealed that Hong Kong-based Gopher Investments – which is already in the process of acquiring Playtech’s Finalto finance division – was working on a separate offer to acquire the business.

This week, it was also announced that JKO Play, a business controlled by Formula 1 team owner Eddie Jordan and former SVP of sportsbook and platforms at SG Digital, Keith O’Loughlin, had made a preliminary approach to Playtech to acquire the business.

What’s next for Aristocrat?

Looking to the future, Aristocrat said it expects continued growth over the full year to 30 September 2022, excluding the impact of the proposed acquisition of Playtech.

The expected growth is based on the business’ plan to enhance its position in gaming operations, which will be measured by the number of active machines and fee per day. It also aims to generate sustainable growth in floor share across key gaming outright sales markets globally.

Further growth in Pixel United bookings is also expected, as well as continued design and development investment to drive sustained, long-term growth, with investment likely to be slightly above the historic range of 11-12% of revenue, as well as further investment into the core business capabilities in order to allow ongoing transformation in the business’ scale and velocity, it said.

“Aristocrat enters fiscal 2022 with excellent operational momentum, business resilience, and an appetite to continue to invest organically and through M&A to accelerate our growth strategy,” said the company’s chief executive and managing director, Trevor Croker.