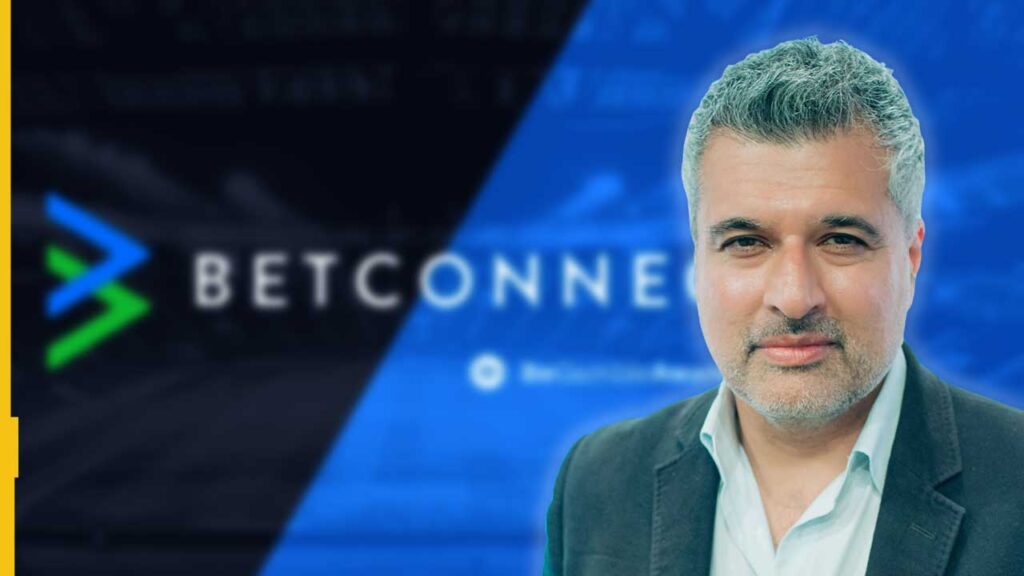 Sports betting exchange BetConnect has secured a round of pre-Series A funding from a consortium of iGaming industry investors, including former FOX Bet CEO Robin Chhabra, who has also joined the start-up as a strategic business adviser.

The round’s other investors include Tom Waterhouse, Andy Clerkson and Tim Heath.

Waterhouse is an Australian wagering specialist who serves as chief investment officer at Waterhouse VC. He served as the CEO of William Hill Australia between 2014 and 2018 and also runs a high roller affiliate tipster business via TomWaterhouse.com

Clerkson is the founder of the Grand Parade digital creative studio and former chairman to free-to-play specialist SportCaller, while former Coingaming Group (now Yolo Group) CEO Heath has invested in BetConnect via his Yolo Investments fund.

BetConnect said the funding has been raised in addition to further re-investment from Candy Ventures, a multi-stage investment firm that has been involved in every capital raise so far.

Candy Ventures is based in Luxembourg and is bankrolled by British entrepreneur Nick Candy. The firm has funded 25 companies to date in sectors including fintech, biotech, augmented reality and sports.

The new financing will be used to accelerate the brand’s growth in the UK and internationally and to support its product roadmap over the next 12 months.

BetConnect said the senior appointment of Tekkorp Digital Acquisition Corp president Chhabra, who has a proven record of scaling businesses and leading major M&A deals, underscores the company’s ambitious vision for the future.

Chhabra said: “BetConnect has a genuinely innovative product that has been stress-tested in the UK’s ultra-competitive marketplace. Dan [Schreiber] and his team offer a transformative vision and a super-agile platform, which, combined with their ability to execute, sets BetConnect up for international expansion.

“For me, this investment constitutes an exciting strategic play in a company that has already laid the firm foundations to strike once exchange regulations do clearly coalesce across US states.”

BetConnect founder Schreiber added: “BetConnect’s growth over the last three years has been incredible and to have secured investment from such prominent industry leaders will accelerate this growth to the next level.

“This funding gives us the opportunity to develop new products and services to complement the core offering, keeping them all accessible and intuitive to the evolving demands of the end user. It also allows us to focus on a community-first approach which ensures that new developments will resonate with our users.”

The BetConnect platform enables users to access odds from all major operators in one place. Users can then place their bets through a single account on the platform, without needing to sign up for multiple accounts with different licensed bookmakers.

At present, BetConnect’s 20,000+ users can both back and lay bets on sports including horseracing, football, golf, tennis and cricket.

“BetConnect is at the forefront of a betting revolution that’s sweeping the industry,” said Waterhouse. “The Waterhouse VC Fund endeavours to generate capital growth by holding long-term strategic investments in companies that can reinvigorate tired thinking and disrupt the norm.

“The BetConnect model improves the experience for international customers and can be flexibly adapted to accommodate blockchain assets and the inherent crypto benefits of better margins, lower transaction costs and faster withdrawals,” he added.