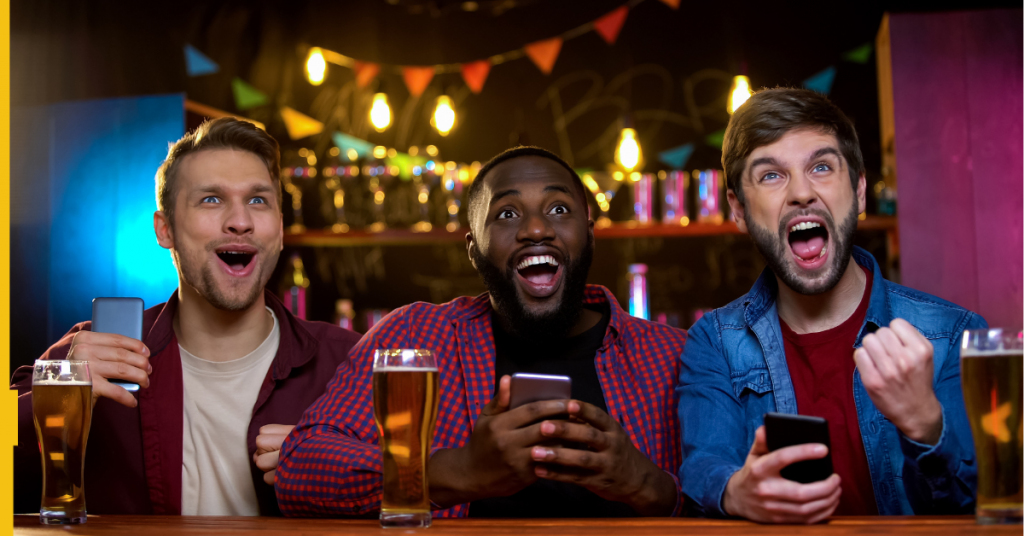 Sports bettors are compelled to wager for the “thrill” of the experience instead of the long-term goal of making money, a new study finds.

The vast majority of sports bettors are not looking to turn a profit, but rather enjoy an ancillary form of sports entertainment through the “thrill” (49.5%) or “value-add” (30%) of betting, according to a study released by sports betting media company Playmaker and Miami University in Ohio. Around 18.7% of bettors were motivated by money, the study found.

“I live and breathe sports, so once I learned (daily fantasy sports) and betting were legal, I immediately made accounts. I began betting because I saw it was a way to make the game even more fun,” an anonymous respondent to the survey said.

The study of 567 respondents, about half of whom described themselves as sports bettors, examined sports media consumption, social media use as well as sports betting motives and resistance points.

The study found the average sports bettor consumed more than 22 hours per week of sports, more than nine hours more than non-bettors. These bettors spent just over five hours a week preparing their bets.

The average bettor surveyed averaged about $263 per week spent betting. For bettors between age 18 to 24, that figure dropped to $118.67 per week.

Bettors had significantly higher education levels than the nation overall. More than 60% of respondents had an undergraduate or graduate college degree, compared to around 39% for the overall US population.

The average length of time betting on sports among active bettors was nearly 10 years, the survey found.

Among 50 respondents in the state of Ohio, the average amount of weekly sports consumption was 15.5 hours. Bettors averaged around two hours of betting preparation per week.

Ohio bettors surveyed wagered an average of $183 per week. One in five respondents bet multiple times per day. Just over one in four placed multiple bets per week.

While gender statistics were in line with the national average, Ohio bettors in the study had significantly less educational achievement than the total survey or the nation overall. Only one in five respondents had either an undergraduate or graduate degree.

The average length of time betting for Ohio bettors was 4.8 years, less than half of the overall study.

Ohio’s first legal sportsbooks launched Jan. 1, though Buckeye State bettors are projected to have wagered billions of dollars annually with unlicensed bookmakers and offshore sites for years prior to legalization; even with legal offerings, unregulated options are still projected to make up the lion’s share of dollars gambled on sports in the state.

It remains to be seen how much legalization – and the proliferation of sports betting marketing – in Ohio will impact the state betting market. Ohio bettors now have access to 16 legal wagering options, one of the highest figures in the country, including national market share leaders FanDuel, DraftKings, BetMGM and Caesars.

Ohio is the first state to permit all of the following forms of wagering: statewide mobile sports gambling, retail betting at casinos, in-stadium sportsbooks and betting kiosks at grocery stores and other businesses. The proliferation of betting options, along with nearly 12m residents and some of the nation’s most high-profile sports teams has led industry analysts to project Ohio will be among the nation’s highest-grossing regulated sports gambling markets.