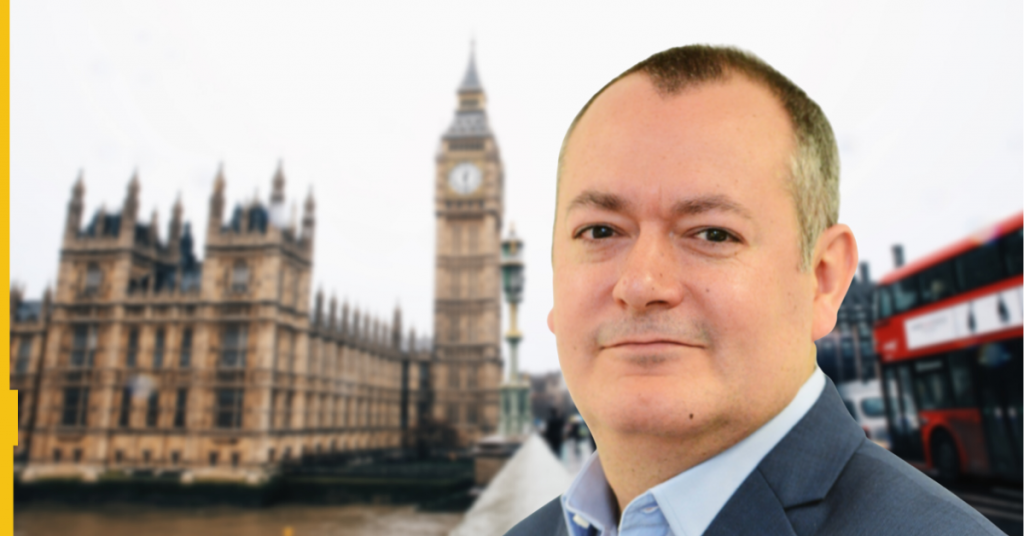 However, Dugher urged the government to focus first on the rapidly deteriorating cost of living crisis in the UK, as spiralling inflation and energy costs pose a looming threat to businesses and individuals across the nation.

Against this backdrop, Dugher said, upcoming government plans for the introduction of a new white paper on the UK’s gambling sector will rightly be far from the top of a growing list of priorities.

Plans for a new Gambling Act have been repeatedly delayed this year, with the most recent setback arriving as a result of Boris Johnson’s resignation as Prime Minister in July.

Between the political instability caused by the soon-to-conclude leadership race to decide the next leader of the Conservative party, and the mounting financial pressures on UK households and businesses, Dugher insisted that the government’s time would be better spent tackling the issues that matter most to the British public.

“The forthcoming white paper feels like a barnacle that needs to be scraped off the bottom of the government’s boat,” he wrote in a new column for PoliticsHome.

While changes to the gambling sector are required, he argued, “the overwhelming majority of MPs, like their constituents, don’t spend their time obsessing about people having a bet.”

BGC CEO Michael Dugher: “The forthcoming white paper feels like a barnacle that needs to be scraped off the bottom of the government’s boat.”

He was also quick to argue that the gambling industry – particularly the major operators and household names which make up the bulk of BGC membership as the UK sector’s leading trade and standards body – has taken innumerable steps in recent years to curb the dangers of gambling-related harm.

Measures introduced on a voluntary basis by UK gambling firms include safer gambling messaging making up at least 20% of all advertising, an additional industry code on online advertising preventing the exposure of gambling ads to under-25s, and the dropping of TV advertising during the breaks in live football matches before the watershed.

Further, Dugher suggested that overzealous and unnecessarily restrictive reforms could work against what should be the new government’s top priority, namely the strengthening of the British economy.

“This is an industry which supports 119,000 jobs, contributes £7.7bn to the economy and generates £4.5bn for the Treasury each year – important things to consider given the precarious state of the British economy,” he said.

One controversial element of the proposed Gambling Act review – purported details of which have been leaked in recent months in the mainstream media – is that of affordability checks, and the thresholds that might trigger what are often seen as intrusive requirements, with punters expected to provide bank statements and other personal data to be allowed to continue gambling.

BGC CEO Michael Dugher: “[Affordability checks] need to be carefully targeted at the most financially vulnerable and those showing any signs of what we call ‘markers of harm’, of problem gambling, not the overwhelming majority of punters who gamble safely and responsibly.”

While many in the industry have been vocally opposed to the introduction of such checks, Dugher urged a measured approach to the idea.

“We do want to see enhanced spending checks (‘affordability’ checks),” he said.

“Indeed, many operators are already doing this. But these need to be carefully targeted at the most financially vulnerable and those showing any signs of what we call ‘markers of harm’, of problem gambling, not the overwhelming majority of punters who gamble safely and responsibly.”

Reforming the industry should be done on a basis of evolution, not revolution, Dugher argued, suggesting that a new legislative bill is not required to deliver the gambling sector changes that the country needs.

A brand new Gambling Act would kick start a process that would take “forever” to be approved in parliament, he said, whereas “these reforms can be achieved quickly and introduced almost immediately through a combination of voluntary, regulatory and secondary legislative changes.”

“In the comings weeks [government] ministers can quickly put together a package of reforms to gambling that cumulatively will be genuinely radical and transformative.

“They can do so without wasting time getting bogged down in endless statutory procedures, or embarking on policies that will wreck jobs, threaten sport and broadcasting, or trample all over people’s legitimate right to spend their own hard-earned money on things they like to do like having a bet,” Dugher concluded.