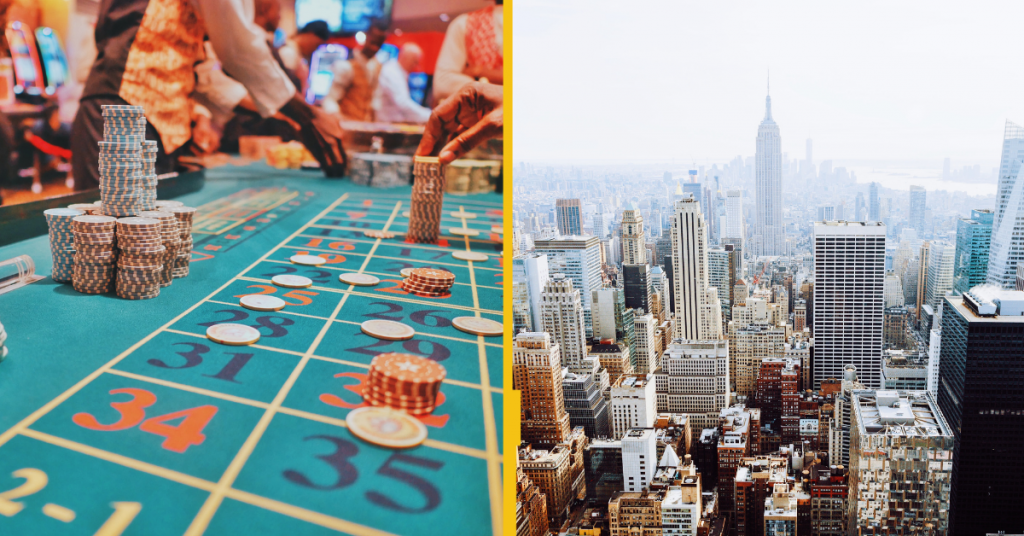 Lawmakers in New York’s State Senate and Assembly have approved a budget proposal which would allow the granting of three licences to operate land-based casinos in the downstate area.

This could see operators soon begin a bidding war to obtain the rights to break ground on new casino venues within the limits of New York City.

In the wake of the pandemic and all of its associated costs, New York State now appears keen to generate as much revenue from the gaming industry as possible – including via downstate land-based casino licensing fees, which will be set at no less than $500m.

Operators will have the opportunity to bid for the licences, in a structure which could see fees climb as high as $1bn – for a licence lasting between 10 and 30 years.

Senator Joseph Addabbo: “While this is a nice step forward for New York State, this does not mean our work is done.”

The tax rate on total GGR from slot machines will be set at no less than 25%, while a GGR tax of at least 10% will be applied to other sources of revenue.

Under the bill, the New York State Gaming Commission will establish a separate, six-member board known as the NY gaming facility location board, in order to determine where approved licensees may begin building new gaming venues.

The board will issue a request for applications within 90 days of a majority of its members being appointed.

Senator Joseph Addabbo, a longtime advocate for New York’s gaming industry, has said he hopes the process of issuing licences can be completed before the end of the year.

Two venues – MGM Resorts’ Empire City Casino at the Yonkers Raceway, and Resorts World Casino New York City in Queens – have a potential advantage over their competitors, having already established their land-based presence in the city offering some casino gaming. If able to secure a licence, the venues would seek to build up to become full-scale casinos.

Top US casino operators including Las Vegas Sands, Bally’s Corporation and Wynn Resorts were reported to have been eyeing New York licences for several years, and the licence application process is expected to be fiercely competitive.

“The inclusion of the downstate casino licences in this year’s budget is a win for New York State and the local communities where these licences will go,” said Addabbo in a statement.

“By allowing three casinos in the downstate region to operate with full licences, it will create thousands of jobs when considering construction and credible post-construction union jobs. It also means additional revenue for the state, estimated at an initial $1.5bn from the three licence fees, and will allow us to significantly fund important educational and gaming addiction programmes.”

The construction of new casino venues following the end of the licensing process could last several years, meaning it will still be some time before customers in New York City can head through the doors of a fully fledged casino.

“While this is a nice step forward for New York State, this does not mean our work is done,” continued Addabbo. “In fact, our work is just beginning.

“Following the budget, the legislature must monitor the timely, fair and transparent bidding process for the licences, and ensure that the siting process is being credibly implemented.

“I look forward to working with my colleagues, the Gaming Commission and the Hochul Administration on the downstate licence issue,” he added.

New York has proven itself to be a highly lucrative gambling market since launching legalised online sports betting in January of this year.

With total revenue between all of the state’s online betting operators since launch now over $329.7m, Flutter Entertainment-owned FanDuel is currently the state’s biggest earner by revenue, having brought in $113.8m from $1.83bn in bets.

Caesars Sportsbook is the second largest revenue earner so far, having generated GGR of $102.7m from $1.25bn in handle, while DraftKings currently comes in third with $84.5m in revenue from $1.22bn in wagers.

The remaining handle and revenue is divided between New York’s other approved sports betting operators, including BetMGM and PointsBet.