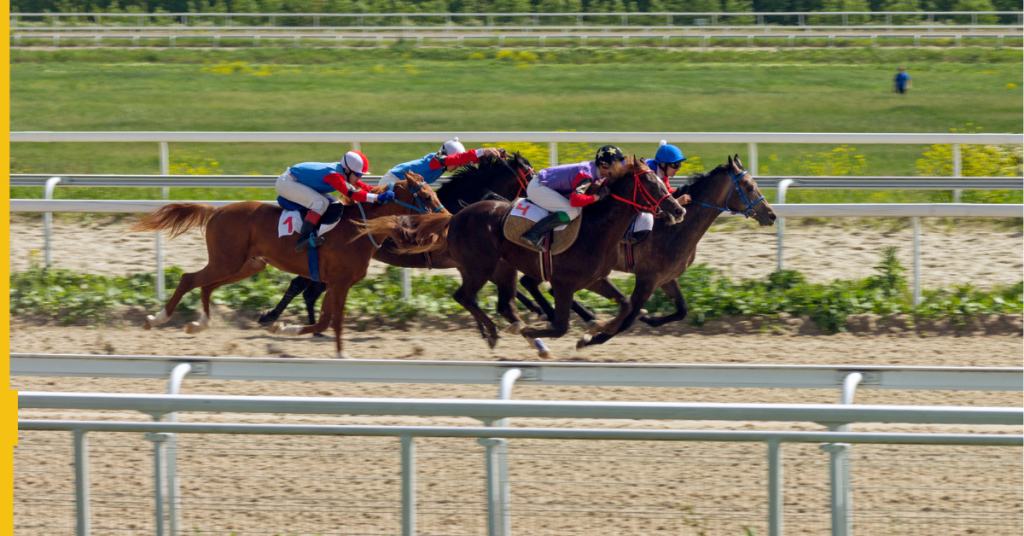 The new options for the Caesars Racebook are available for download in all seven states where the racebook operates: Kentucky, Florida, Ohio, Indiana, Oregon, Montana, and North Dakota. The new launch comes just ahead of this year’s Breeders’ Cup, which along with the Tripple Crown races is among the four biggest events in US horse racing.

“Expanding Caesars Racebook’s access to Android users and desktop is key for the platform’s continued growth,” said Caesar Digital vice president Dan Shapiro in a statement. “We’re excited to offer even more customers a horse racing wagering experience that treats them like royalty, no matter what type of device they prefer, thanks to the integration with our industry-leading Caesars Rewards loyalty program.”

Bettors using Caesars Racebook can wager on races at more than 250 tracks across the country, according to the Caesars release. That includes Keeneland, home to the upcoming Breeders’ Cup Race, as well as Aqueduct, Belmont Park, Saratoga Race Course, Gulfstream Park, Del Mar and Santa Anita.

Caesars Racebook also plans to continue to launch in additional states across the US, according to the release, pending regulatory approvals.

The steady expansion of Caesars Racebook states in recent months gives the company a compliment to its other digital gaming platforms. Though none of the seven states currently allow online casino gaming, Indiana already has statewide mobile sports wagering and Ohio is set to launch Jan. 1, 2023; Caesars has already started accepting downloads there for its standalone digital sportsbook.

In Kentucky, home to the upcoming Breeders’ Cup and the state best-known for horse racing, Caesars Racebook could also give the company a leg up on the market if lawmakers there approve online or retail sports betting. In Florida, another major horse racing state, the Racebook could foreshadow interest in the market, though it would likely take a constitutional amendment approved by voters for online, single-game sports wagering to be permitted in the state.

Caesars’ continued horse racing expansion comes as the company is set to open, build and operate a Harrah’s racetrack and casino in Columbus, Nebraska. Nebraska law will also permit an on-property sportsbook, though mobile wagering statewide will not be allowed.

The company already operates a host of racetracks across the country, including Harrah’s Hoosier Park, Horseshoe Indianapolis, Harrah’s Philadelphia, and Eldorado Gaming Scioto Downs. All these properties are also eligible for wagers via Caesars Racebook.

Meanwhile, the National Thoroughbred Racing Association’s National Handicapping Championship will be held at Horseshoe Las Vegas through 2026. Caesars is undertaking a massive renovation of the former Bally’s on the Las Vegas Strip, rebranding it under the Horsehoe name.