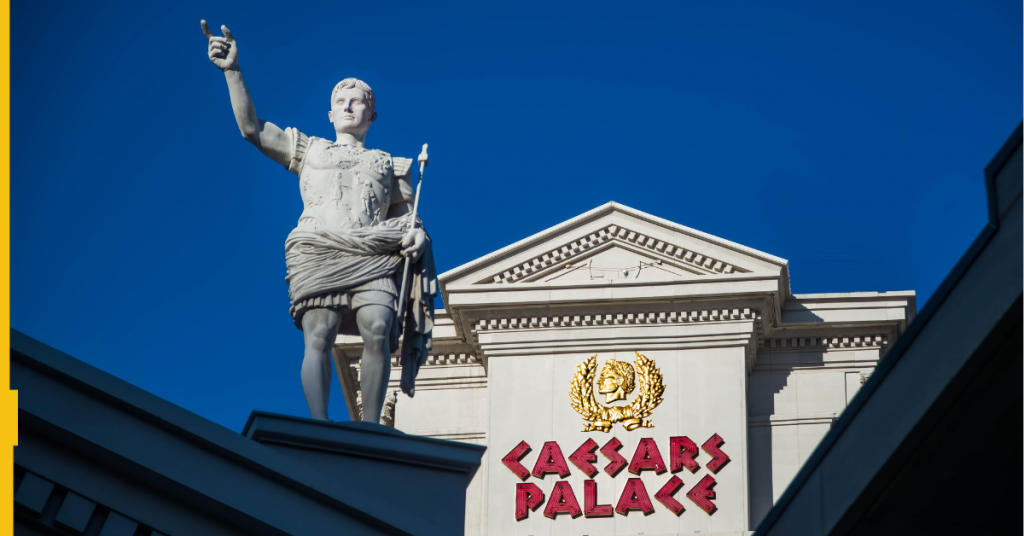 Caesars is set to open a 30,000-square-foot retail sportsbook in Massachusetts, which would be one of the largest in-person betting venues in the country.

Caesars has partnered with Raynham Park to open an in-person betting venue at the simulcast racing facility in Raynham, Massachusetts, the two groups announced Monday. Assuming regulatory approval, Caesars expects to open a temporary facility before building a permanent sportsbook.

“Raynham Park is in an excellent location in southeast Massachusetts and will be one of just a few retail sports betting locations in the Commonwealth,” said Eric Hession, President of Caesars Digital, in a statement. “It’s great to partner with the Carney family, which has a long history in the community and an exciting vision for a tremendous sports entertainment and pari-mutuel simulcasting facility. We look forward to showcasing the Caesars commitment to world-class experiences through this partnership.”

The brick-and-mortar Massachusetts sportsbook announcement comes as Caesars is growing its in-person and online betting options in the commonwealth and nationwide.

Caesars was already approved for a mobile sports betting license in Massachusetts. It has partnered with Wynn for access to one of the property’s two mobile sports wagering licenses permitted under state law, with the other going to its WynnBet brand.

The state expects to launch its first mobile sportsbooks, including Caesars, sometime in March.

Caesars had previously launched its Racebook app in Massachusetts, joining a growing number of states. The Caesars Racebook, a partner with New York’s NYRA Bets, allows bettors to wager on thousands of races around the world.

Caesars is one of nine live online sportsbooks in New York, the only state bordering Massachusetts in which it takes mobile bets.

The sportsbook partnership between Raynham Park and Caesars is the fourth announced retail sports betting partnership in Massachusetts.

The state’s three commercial casinos, MGM Springfield (BetMGM), Penn Entertainment’s Plainridge Park (Barstool) and Wynn’s Encore Boston Harbor (WynnBet), are all set to open retail sportsbooks. All three books are poised to start taking bets Jan. 31, the first day regulators will allow them to do so.

Massachusetts law allows Suffolk Downs, a horse track-turned-simulcast racing facility, to also open a retail sportsbook. It has not yet announced a partner or launch timeline.

The retail openings will give Massachusetts bettors several legal betting options before the upcoming Super Bowl. Online sports betting is set to give them many more.

As many as 12 mobile sportsbooks are expected to go live in Massachusetts this year, the majority of which are set to start taking bets this March.

Caesars is among that mobile group, along with BetMGM, WynnBet, Barstool and Fanatics. These sportsbook all secured market access via partnerships with one of the three brick-and-mortar casinos.

Bet365 also previously announced an online market access deal through a partnership with Raynham Park, which was secured independently of its retail affiliation with Caesars. Bet365 is the only one of the 12 initial applicants that has not yet earned a license.

Betr, a micro betting-focused start-up currently live only in Ohio, has also secured a license. Company officials said during regulatory hearings earlier this month that they weren’t sure if they would go live in March or later in the year.

Overall, 12 mobile sportsbooks are set to go live in 2023. Massachusetts’ 2022 sports betting law allows three more: one partnered with MGM, one with Suffolk Downs and one that doesn’t have to affiliate with a Massachusetts brick-and-mortar gaming property. It is unclear when – or if – another operator will seek to enter the state.