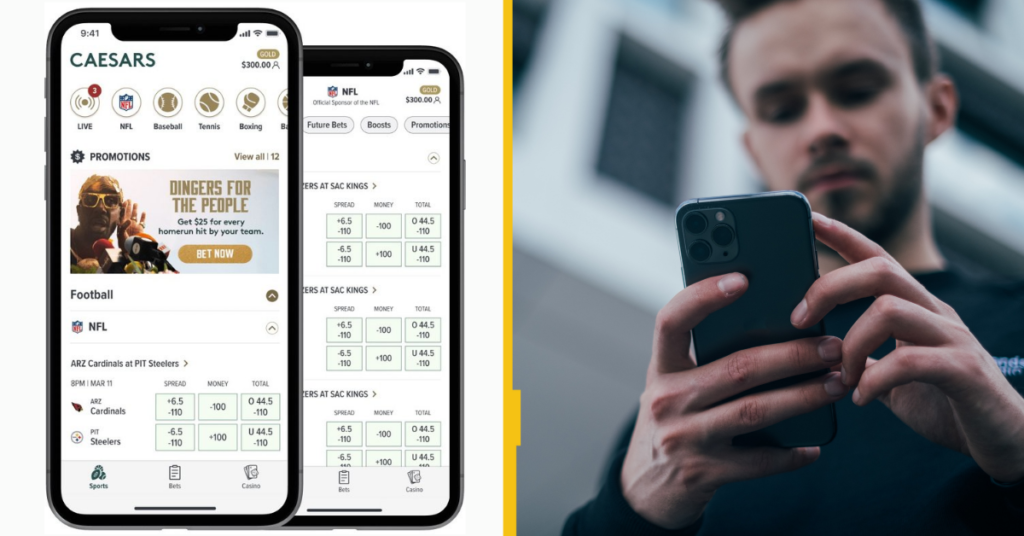 Caesars Sportsbook has made an instant impact in New York’s mobile sports betting market by handling $257.7m in wagers, or 42.7% of the state total, just eight days after going live.

After launching on 8 January, the first four approved mobile sports betting operators generated a combined total of $48.2m in revenue from $603.1m in wagers.

The preliminary figures were released by the New York State Gaming Commission and include totals from the first four licensees approved for launch in the market; Caesars Entertainment, FanDuel, DraftKings and BetRivers.

The period for which revenues were disclosed ran from 8 January to 16 January, the day before New York’s fifth approved licensee, BetMGM, entered the market.

Four further operators (WynnBet, Bally Bet, Resorts World and PointsBet) are yet to launch in the state pending regulatory approval.

US market leader FanDuel came in second for New York revenue during this preliminary period, handling $200.4m in bets, or 33.2% of state total, while generating $14.1m in revenue or 29.3% of total state GGR.

Together, the trio handled more than 98% of New York’s betting volume over the opening period.

One caveat to note is that Caesars offered the most generous customer acquisition bonuses of any operator, including a $3,000 deposit match on the opening weekend and $300 in free bets, which is hardly sustainable in the medium to long-term.

With a controversial 51% tax rate on online sports betting revenue, the state of New York stands to receive $24.6m in tax revenue from the market’s first eight days alone.

From the daily average suggested by these early figures, it can be extrapolated that New York’s mobile sports betting market stands to generate around $2.2bn in annual revenue from $27.51bn in handle, and some $1.12bn in taxes.

Legalised sports betting is off to a flying start in the Empire State, with figures released last week showing that some 878,000 unique users had registered 1.2m betting accounts in the first 10 days following launch.

Those figures represent more than 4.5% of the entire population of New York state.