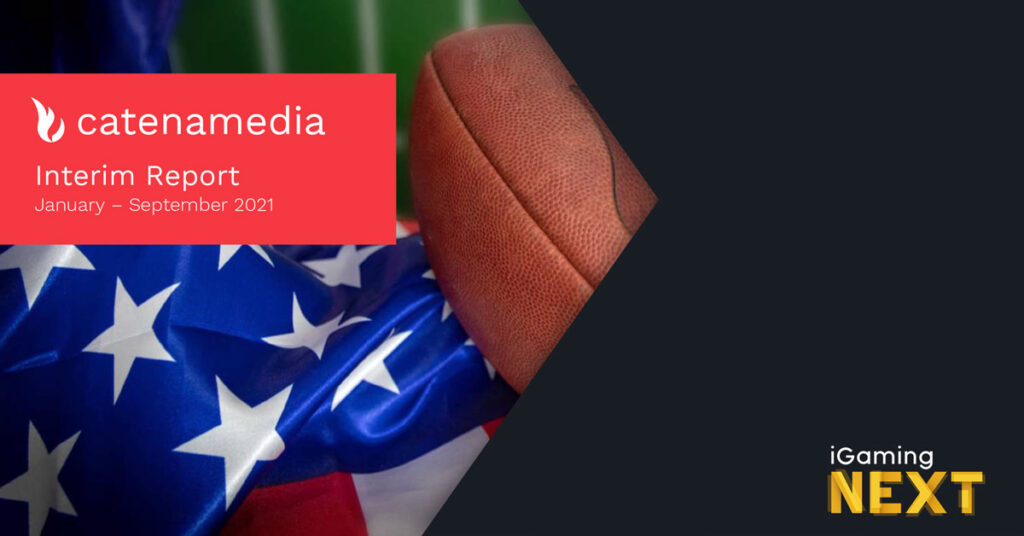 Affiliate business Catena Media has published its financial results for the third quarter of 2021, showing an increase in revenues of 32.9% year-on-year.

The business also saw a significant increase in the number of new depositing customers (NDCs) it had provided its partners with during the quarter, registering 153,701, up from 94,710.

Catena said that increased activity in Japan and North America was the biggest contributor to its revenue growth, and that it saw organic growth of 23% over the period.

Excluding the German sports betting and casino market, it said, which accounts for around 4% of group revenue and has recently been affected by the launch of a new regulatory regime, organic growth would be around 34%.

By vertical, casino was the business’ largest market, bringing in 60% of its revenue. Sports betting brought in a further 38%, while the financial trading sector accounted for just 2% of group revenues.

38% of all revenue was earned on a revenue share basis, 53% came from cost-per-acquisition agreements, and 9% from fixed fees.

This, Catena said, was in spite of further heavy investment in North America and transformation programme investments in Europe.

After a loss of €49.4m from impairment on intangible assets, however, combined with depreciation and amortisation costs of €2.2m, the business recorded an operating loss of €36.7m for the quarter, compared to a €9.4m operating profit in Q3 2020.

Catena then paid €1.2m in interest on borrowings and spent a further €800,000 on other finance costs, declaring a loss before tax of €38.7m.

With regards to its strategy for the future, Catena has set out a plan based on the principles of organic growth, geographical expansion of existing products, cost-efficiency improvements and strategic M&A.

In growth markets such as its existing operations in the US, Japan, Central and South Europe, Catena said its strategy will be to achieve fast growth and good margin through operational efficiency and investment.

In more mature markets, such as the UK, Sweden and Germany, the business will aim to improve its margin through cost reductions and efficiency improvements.

And for those markets in the ‘incubation’ stage, such as newly regulating states in the US, Canada, Latin America and Asia-Pacific, the business will aim to nurture key future markets and establish a leading position in them through investment.

Catena said while this will generate a low margin initially, the markets have significant long-term potential.

The business expects North America to continue being its core growth driver moving forward, and expects profitable double-digit organic growth on an annual basis, it said.

Its acquisition of i15 Media, LLC, announced in September, will prove a valuable asset during the NFL season, it said, and together with Catena’s Lineups.com, acquired earlier this year, had helped maximise revenue from the season’s opening.