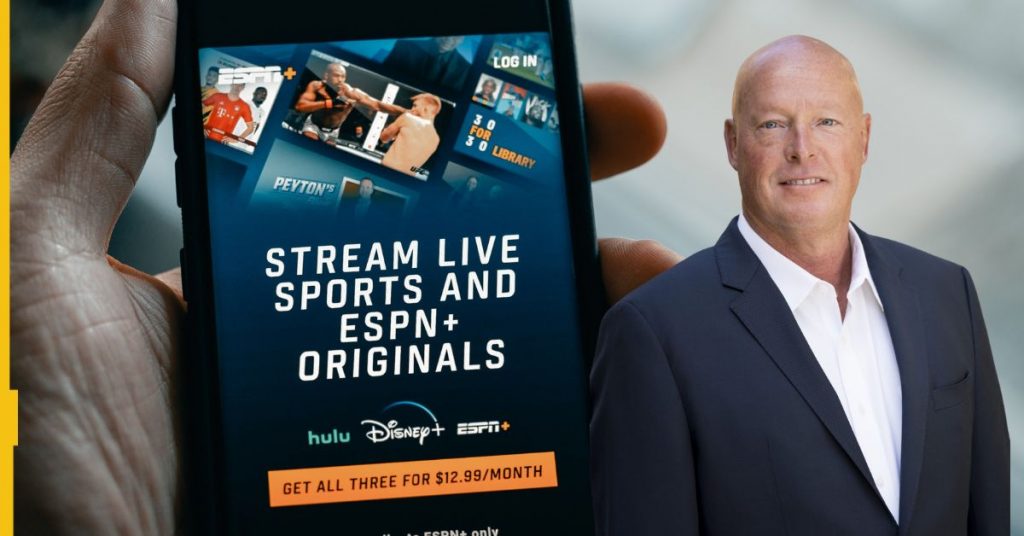 There is only a remote possibility that Disney is actually working on building a sports betting app, according to US sports betting expert and investor Chris Grove.

Yesterday (12 September), Bloomberg reported that Walt Disney CEO Bob Chapek said sports betting is a constant request among Disney’s under-35 sports-loving audience, and when asked if the company was developing a sports betting app for its ESPN brand, Chapek stated: “We’re working very hard on that.”

ESPN has received a lot of attention in recent weeks after US investor and founder of the Third Point hedge fund, Daniel Loeb, suggested that Disney should spin off ESPN as this would give America’s best-known sports media entity a better chance to embrace sports betting than it has under its current corporate umbrella.

In a Linkedin post, Chris Grove commented on the Bloomberg story and said that he thinks the “headline is getting very far ahead of the story”.

“The tricky part here is that Chapek could mean a few things by ‘that’,” he added. 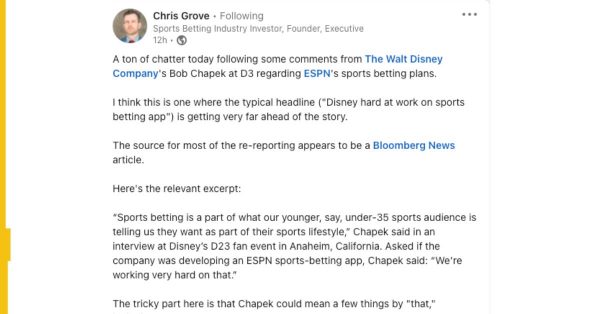 “The last one is by far the least likely one,” Grove wrote.

He outlined that building a sportsbook app is a time-consuming and resource-intensive process, which does not seem to follow Disney’s modus operandi at the moment.

“No one I talk to has seen any meaningful footprints of Disney developing this kind of app,” Grove added and pointed out that there has not been any visible related hiring or M&A activity.

In addition, running a sportsbook is “a challenging business where capital expenditure is intense and profits are uncertain”, which also does not seem to follow Disney’s policy, according to Grove.

“Disney would also be absorbing a ton of opportunity cost by operating its own sportsbook,” he said as the network would take away “marketing dollars from sportsbooks”.

Lastly, he concluded: “It is highly unlikely that Disney would be interested in opening up another front with state policymakers,” whereby running its own sportsbook would leave Disney “exposed to regulators and potential political pressure in every state where they operate.”