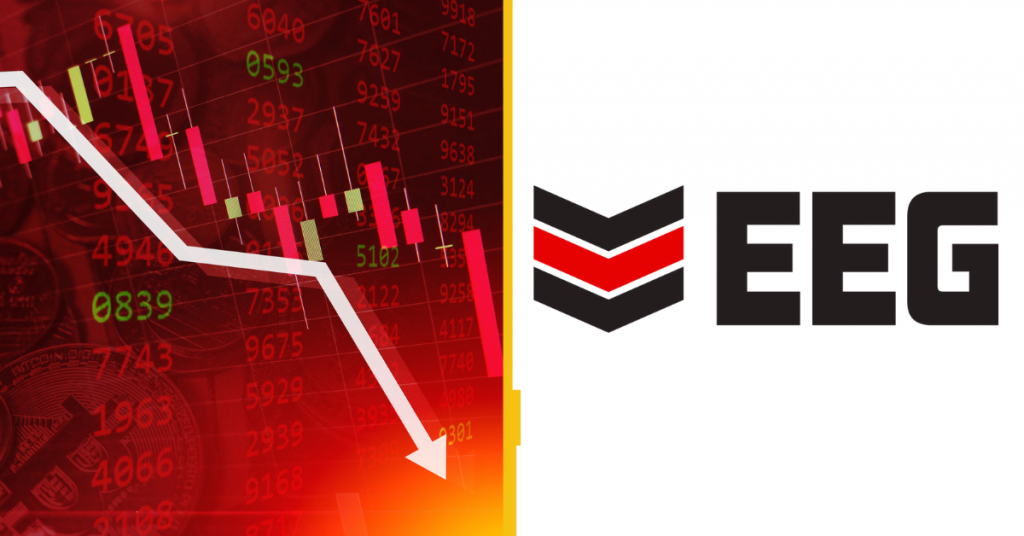 The share price of Esports Entertainment Group tanked by more than 46% on Friday after the operator launched a new public offering of company stock.

The Nasdaq-listed operator ended 16 September at just $0.18 per share after dropping to a 52-week low of $0.17 during the day’s trading.

The nosedive was caused by the pricing of its previously announced underwritten public offering of 30,000,000 shares of common stock.

Each share is being sold at a price of $0.25 per share, meaning the stock has actually fallen below the stock offering price.

The company intends to raise $7.5m via the offering, which will then go towards working capital costs and repaying a portion of its outstanding senior convertible note.

The offering is expected to close on 19 September 2022.

Despite being called Esports Entertainment Group, the company relies on sports betting and online casino for the bulk of its revenue, from brands such as SportNation and Lucky Dino.

AskTraders’ Tim Worstall: “If every time they need more money they’re going to cut their own stock price off at the knees, then perhaps Esports isn’t quite where we desire to be invested.”

Costs of revenue, including marketing and third-party commission fees, totalled another $6m. This has seen the stock plummet 95% on a year-to-date basis.

Tim Worstall, a finance and economics writer, posted his commentary of the situation on Catena Media’s AskTraders affiliate brand.

“This doesn’t strike as a very useful fund raise, not from the point of view of stockholders at least,” wrote Worstall.

“Sure, the company got its money – its underwritten – and got it at a price higher than the market thinks its worth after the fund raise. So, selling something for more than it’s worth, that’s a win.

“But it’s also worth thinking a little more. For as we remarked back in February, they’ve done this before. GMBL stock fell 40% when they announced the price of the stock raising they had then.

“If every time they need more money they’re going to cut their own stock price off at the knees, then perhaps Esports isn’t quite where we desire to be invested,” he added.