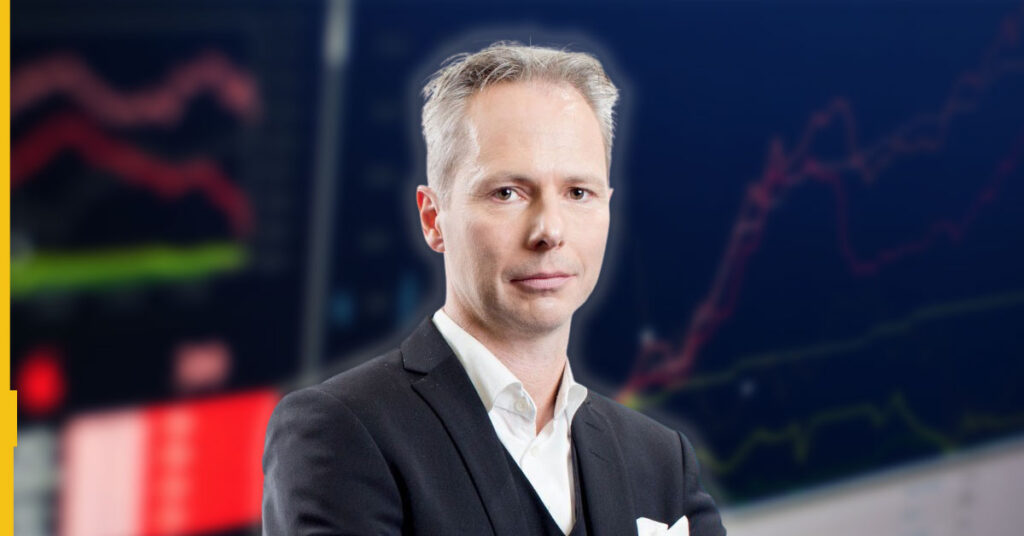 Evolution has come out swinging in defence of its operations after a complaint filed to the New Jersey Division of Gaming Enforcement (NJDGE) alleged illegal activity in markets subject to US sanctions.

The complaint – filed on 12 November by Ralph Marra of Calcagni & Kanefsky LLP on behalf of unnamed private investigators – caused the live casino specialist’s share price to fall by more than 16% over the last week, wiping out nearly €5bn in value.

Evolution has now published a statement on the Stockholm Stock Exchange to address the speculation and is hosting an investor call later today (24 November) to reassure spooked sellers, where CEO Martin Carlesund and CFO Jacob Kaplan are scheduled to speak.

Evolution has now initiated an internal review to ensure that any awkward forthcoming questions from the NJDGE will be swiftly answered.

The initial claim – which Evolution has said originated from an anonymous third party with the intention to discredit its business – centred on accusations that the supplier’s live casino games were available in black market jurisdictions including Iran, Syria and Sudan.

Speculation looks set to persist that the private investigators were hired by either a rival B2B gambling supplier or a short-selling US hedge fund.

Evolution has said the accusations levelled at it are false and that any access to its services from the aforementioned countries would not be possible without “sophisticated technical manipulation”.

“According to allegations made in the anonymous and dubious report, active manipulation of Evolution’s systems has been deployed to create the impression that play from such countries was possible,” said Evolution in a statement.

“This use of Evolution’s content, through an operator that was not an Evolution customer but connected to an aggregator which Evolution has as a customer, was seemingly conducted by first establishing a VPN-tunnel from an IP-address in a blocked country to obtain an IP address in an accepted country.”

The supplier conceded that a connection to the Evolution lobby was successful via the blocked country IP address after the VPN address was terminated, resulting in a session being established with the browser.

Evolution argued that multiple attempts to connect directly to the blocked country IP address were rejected and that the breach was the result of “a deliberate course of action to circumvent a broadly accepted and well-established process to check geographic location” which was solely designed to discredit the business.

The supplier’s share price rebounded by 3% in wake of the announcement, which also put the burden of responsibility on its operator partners.

As a B2B provider, Evolution said it has a B2B licence in more than 20 jurisdictions and performs full due diligence on the operators it has commercial contracts with, which are also required to hold a valid licence in specific markets.

“Evolution does not handle any players or any of the players’ money,” said the firm. “Evolution provides a service to the operator, which in turn provides their services to the players.

“It is the operator’s responsibility to conduct a KYC on each player and decide what markets to focus on and what players to accept.

“It is the operator’s responsibility to comply with their regulation and their licence. This is the same structure as for land-based casinos. The supplier of a cabinet on a gaming floor is not responsible for who enters the casino and plays on that cabinet.

“Consequently, the supplier of the cabinet is not responsible for the KYC of the player and does not handle the player’s money. The same principle applies in the online casino market.

“The control of who plays the game is a strict responsibility of the operator,” added the company.

The allegations have brought a burst of controversy to a company that had until that point enjoyed an uninterrupted rise to the top of our industry, culminating in an all-time high stock price of SEK1,672 per share in April of this year.

Its ruthless operational strategy has carved out a near monopoly in online casino provision, while the acquisitions of NetEnt, Red Tiger and Big Time Gaming have turned the business into a supplier powerhouse that operators cannot afford to work without.

The precedent was set for this type of tactic earlier in 2021 when financial research outfit Hindenburg Research published an explosive report into the alleged black-market activity of SBTech, the in-house sports betting supplier owned by leading US operator DraftKings.

Public gambling companies targeting the US may now be looking over their shoulders, hoping previous conduct doesn’t come back to bite them.