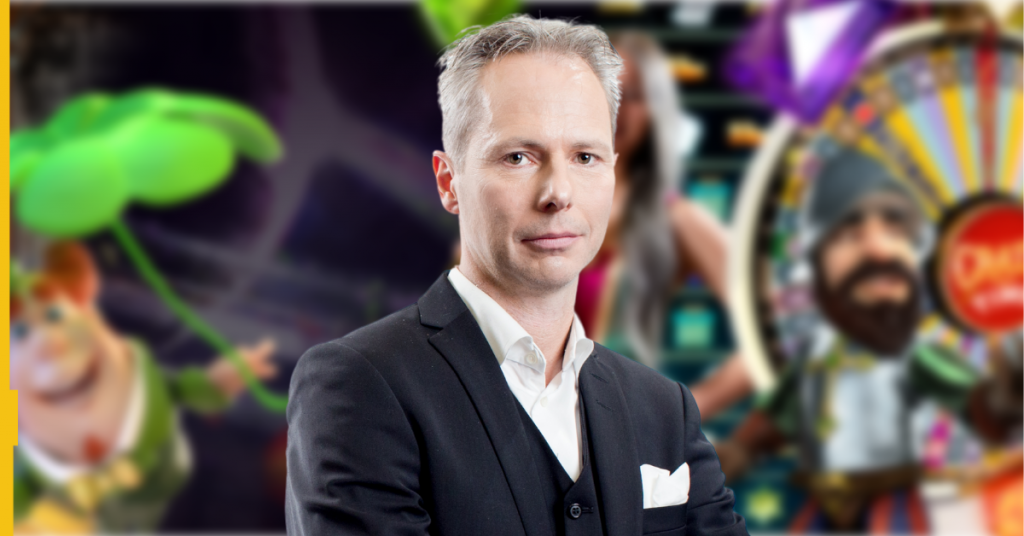 The live casino segment generated the vast majority of quarterly revenue at €310.4m, or 82% of total. That gave live casino a growth rate of 44.7% year-on-year.

Q3 was the first reporting period following the acquisition of Nolimit City. Including revenue from the newly acquired business, year-on-year growth in the RNG business was around 10.7%.

The growth rate pro-forma, however, where Nolimit City revenue is retrospectively included in Q3 2021 figures, came in at just 1.9%. Evolution CEO Martin Carlesund commented that growth in the RNG segment is “not yet satisfactory”, as the business continues to fall short of its double-digit organic growth rate target.

By region, Asia was Evolution’s largest market in Q3 by revenue, generating €127.8m and showing impressive quarter-on-quarter growth of 15.2%, as well as year-on-year growth of 66.6%.

For comparison, Evolution’s second largest region, the Rest of Europe (excluding the Nordics and UK), brought in €115.3m in Q3, giving a quarter-over-quarter growth rate of 4.8% and year-on-year growth of 11.7%.

In the mature UK and Nordics markets, meanwhile, revenue growth was slower, with the Nordics bringing in €23.2m amid a rise of 19%, and the UK generating €20.7m, representing a climb of 8.4%.

During Q3, Evolution’s EBITDA margin slipped slightly, but remained very high by industry standards at 69%, down marginally from 69.9% in Q3 2021.

Overall profit for the period totalled €221.3m at a margin of 58.5%. That represented growth of 40.6% over the prior-year period and an increase of 1.5 percentage points in the profit margin.

After accounting for €32.8m in costs relating to exchange differences arising from the translation of foreign operations, total comprehensive income for the period was €188.5m, up 11.2% year-on-year.

Financial analyst Paul Leyland of Regulus Partners said in a note to investors that the business is yet to demonstrate that it can add growth to the RNG segment.

While the supplier’s live casino expertise allows it to benefit from the high barriers to entry and considerable infrastructure economies of scale in that segment, the development of RNG games across the industry benefits from agile localisation and requires a very different management style to find success, Leyland said.

“In our view: ‘we need to produce more slots’ is only half true – a critical mass of them also need to be good in an environment where customer choice is growing as quickly as customer discernment,” he commented.

With Evolution’s growth driven in large part by live casino in unregulated Asian markets, balancing that growth with the risk of regulatory crackdowns is likely to continue to dominate the outlook for the business, Leyland concluded.

Regulus Partners analyst Paul Leyland: “In our view: ‘we need to produce more slots’ is only half true – a critical mass of them also need to be good in an environment where customer choice is growing as quickly as customer discernment.”

Looking to the year ahead, Carlesund told analysts on the supplier’s Q3 earnings call that it was on target to reach its goal of launching 88 new games in 2022, having already launched more than 60 since the start of the year.

Asked whether the upcoming FIFA World Cup would have a positive or negative impact on the business, Carlesund said: “In general major sports events are always a positive. It creates new players, activity and marketing, and so it’s a positive for us, clearly so.”

Given the macroeconomic climate and rising inflation, however, costs are likely to continue to increase, with operating expenses growing 36.5% year-on-year to €142.1m in Q3.

Those costs were principally driven by higher costs for personnel, connected to the launch of new tables in Evolution studios and the expansion in general of the business compared to the same period of last year.

CFO Jacob Kaplan said that while costs are expected to continue to rise into 2023, and the business must prepare for a tougher situation than the past few years, the increase in costs is not expected to be dramatic.

One of the fastest increasing expenses this year has been energy costs, which has taken a toll on firms across the sector.

While Kaplan recognised this would increase costs for Evolution, which relies on using large amounts of electricity to power its live dealer studios, the cost makes up only a small portion of the firm’s overall expenses. The increases, therefore, are not expected to have a significant impact on the business.

Evolution’s share price fell by around 1% in the wake of the report’s release, to around SEK1,020.