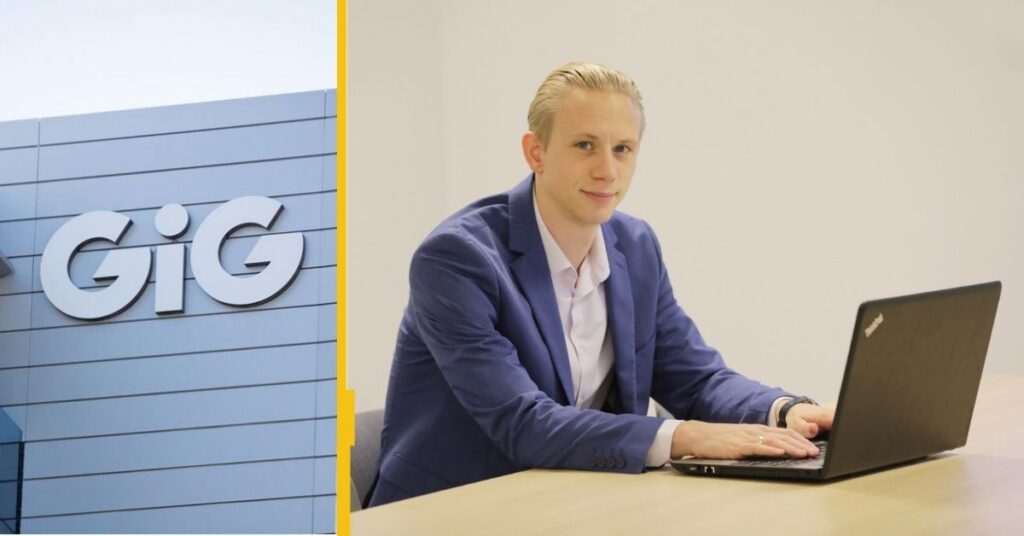 Gaming Innovation Group (GiG) shareholder Hessi Mocca insists 2022 will be a pivotal year for the company as it zones in on creating shareholder value.

Malta-based GiG is not an easy company to understand for investors as it is essentially split across three separate operating divisions – media, platform and sportsbook.

Media, which contains the firm’s affiliate assets, is the primary driver of revenue. It provided 66% (€11.2m) of overall Q3 revenue, which came in at €17m.

Despite this, the company has positioned itself as a Software as a Service (SaaS) provider which aims to help gambling operators launch online operations via its technology, with help from a combination of managed services, such as customer operations and CRM.

Mocca is an active shareholder in GiG and is also head of investor relations at the company. He owns 856,800 shares in the business after spending SEK915,000 on a further 50,000 shares in September 2021.

Mocca provided a series of major updates on the future of GiG based on his personal opinions as a shareholder while in conversation with Symmetry Invest CEO Andreas Aaen (pictured) during an online webcast.

Symmetry is a Danish alternative investment association and the seventh largest shareholder in GiG at 3.1%. It currently owns 3,000,000 shares.

Mocca believes shareholders will finally be rewarded for their loyalty in 2022 after sticking with the business throughout a turbulent two-year period, which saw GiG restructure its core business, usher in new leadership, fight multiple headwinds and stave off debt.

“The board always want to create shareholder value, but the main focus for the last two years has been to get the ship in the right direction,” he said, suggesting it was important to understand the past before looking to the future.

“They had to do a whole strategic review and start firing people, and a lot of people got nervous and ended up quitting their jobs.

“It was a massive, massive disaster, everywhere was burning and costing a lot of money. On top of that, we had Covid with restrictions, no flights and all deals were put on hold.

“Despite all of that, we are now talking two years afterwards about M&A. Our debt level is low, we have refinanced the bond and we have cash on our balance sheet.

“It’s amazing and I couldn’t be prouder of the work the team have been doing,” he added.

Mocca revealed the board was looking at a solution to the fact GiG is currently dual listed, which adds an unnecessary level of complexity to the business.

“My best guess is we will not be dual listed in 2022,” said Mocca. “It creates uncertainties, and we want to take those away to have one listing.”

However, the core way to create value for shareholders next year could be to carve the business up by divesting the platform division from the media segment, or vice versa.

Had a great time chatting with Head of IR of GiGhttps://t.co/zUQmi51QA2
Have received a lot of inbound PM around GiG recently so hopefully Hessi does a good job explaining most of these.

Symmetry CEO Aaen said the media division should currently be worth more than the overall public value of the company – a situation he, and presumably other GiG shareholders including Mocca, would prefer to see rectified sooner rather than later.

“The board has been keeping the company as a conglomerate just to have the platform ready so it is able to stand on its own two legs” said Mocca.

“I know the board wants to create shareholder value. You have already mentioned that you are not getting paid as of today for having this conglomerate [as it is].

“Our media, according to you and me, is bigger than the company itself, which goes back to what we discussed earlier – uncertainties.

Mocca said the current leadership structure of GiG also lends itself to a split, with Jonas Warrer managing the media division and Nicola Fitton, who was last month promoted to the role of COO, managing the platform side of the business. Both report into Brown.

“The companies stand alone,” said Mocca. “Whatever the board decides going forwards, we want to create as much shareholder value as possible.

“If that is about splitting the company or keeping it as a conglomerate, that is down to them. I can only give my opinion as a shareholder,” he added.

In a final note for GiG shareholders, Mocca said: [In 2022], we will try to keep it clean and make it easy to track us because we are doing a tremendous job.

“As of today, we are not getting paid for that, and that needs to change going forward.”

You can watch the full interview here.