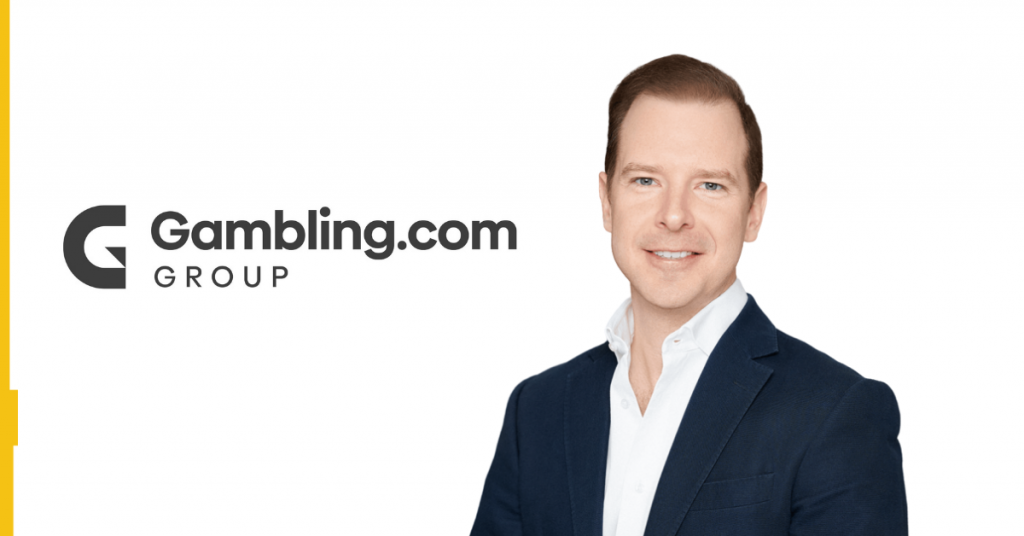 One year after completing an IPO on the New York stock exchange, Gambling.com Group CEO Charles Gillespie has recalled the experience as “incredibly expensive”.

Gillespie, who was interviewed by Wayne Kimmel on the SeventySix Capital Sports Leadership Show, revealed the affiliate initially looked at Sweden when deciding to go public.

But according to Gillespie, the repeal of PASPA helped the company to realise that the future of the gambling industry was “going to be in the US”.

Gambling.com, which boasts a mostly American management team, started the process to list in the US in 2020, but there were a few hurdles to overcome.

The first was to move the firm’s holding company away from Malta.

Charles Gillespie: “You think you’re going to be wearing a Gucci suit and sitting on the top floor of some skyscraper with a Mont Blanc pen and a glass of champagne. The reality is you’re in your underwear on a zoom call at three o’clock in the morning arguing with lawyers.”

“We realised that nobody has ever taken a Maltese company public in the US, and we didn’t exactly want to be the first people to figure that out,” said Gillespie.

So Gambling.com changed the jurisdiction of the holding company to Jersey, which is the largest of the Channel Islands and considered a neutral, “non-EU and non-US” jurisdiction.

Gillespie said the hardest part of the entire process was the accounting. “Our auditors were PricewaterhouseCoopers in Malta, and we thought, you know, obviously, that’s good enough, right?”

But when Gambling.com embarked on the listing journey, they discovered the requirement for an audit in line with standards set out by the US Public Company Accounting Oversight Board.

However, there aren’t many auditors in Europe that offer this kind of certification.

“We really had to thread the needle to find an auditor that could do it,” Gillespie said, adding that these auditors were in huge demand at the time due to a capital markets frenzy.

“But we found ourselves an auditor. We got everything audited. We engaged an investment bank, and then we put a few more banks on the deal team, and we got the deal done.”

Looking back, Gillespie likened the process to those affiliates who have sold their businesses for huge sums in the past: “It is similar to what you hear from people that sell their companies, that there’s no joy in it. It is this horribly tedious process that gets dragged down.”

“You think you’re going to be wearing a Gucci suit and sitting on the top floor of some skyscraper with a Mont Blanc pen and a glass of champagne,” he said. “The reality is you’re in your underwear on a zoom call at three o’clock in the morning arguing with lawyers.”

Despite the rollercoaster ride, Gillespie said he was incredibly proud of what the company has achieved. Last month, the business was added to the Russell 3000 Index, which measures the performance of the largest 3,000 US-listed companies, representing around 97% of the US equity market.

Get your poker face on with @gambling_group at the @Nasdaq Closing Bell! #NasdaqListed $GAMB is a leading performance marketing company for the global online gambling industry. ⚡️💻 pic.twitter.com/kfS1xoJYXq

Another major achievement was the ringing of the bell at Nasdaq on the company’s first day of public trading. “We got it done and everybody just wanted to sleep,” said Gillespie. “And after a couple of months, we were back on our feet and and with the bell ringing it really did give us the kind of moment we needed to take stock of what we actually achieved.”

And it was well worth it in the end, according to Gillespie, who now lives in Monaco. Gambling.com Group is now the first and only affiliate marketing company that is publicly traded in the US.

Affiliates like Gambling.com Group must keep a close eye on state-by-state regulation in the US.

If a new state opens up for legalised online sports betting or online casino, it can be an incredibly lucrative time for affiliates, which drive new customers to operators through websites and other online marketing channels.

They then get a cost per acquisition (CPA) fee or a percentage of revenue (rev share) from that player once the sign-up process is complete.

Commenting on the regulatory landscape in the US, and particularly on the head-to-head battle in California, Gillespie said: “It’s shaping up to be probably one of the most expensive and nasty political fights in American history.

“But if it goes through, I mean that will be absolutely monumental.”

Charles Gillespie: “California is shaping up to be probably one of the most expensive and nasty political fights in American history.”

Meanwhile, Gambling.com Group has recruited Michael Quartieri to its board of directors, effective 30 June 2022.

Quartieri has served as CFO of Dave & Buster’s Entertainment, Inc., a North American restaurant and entertainment business, since January 2022, and is responsible for leading the company’s finance, accounting and supply chain organisations, as well as overseeing investor relations.

Quartieri previously served as executive vice president and chief financial officer at Scientific Games from 2015 to 2020.

He managed over $700m in gaming acquisitions and helped spearhead the successful $352m IPO of SG subsidiary SciPlay Corporation in 2019.

In his role with Gambling.com, Quartieri will serve as a member of the audit committee and the nominating and governance committee.