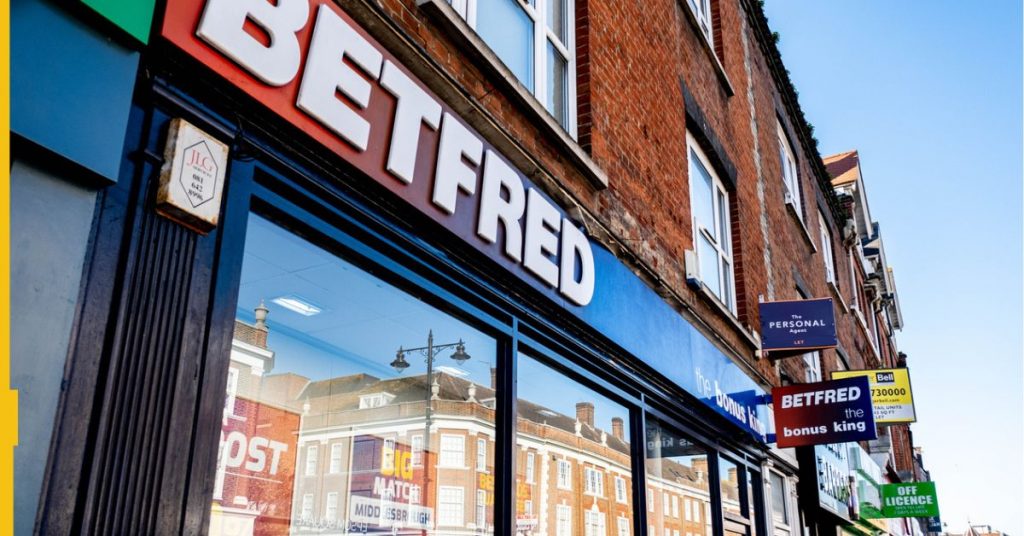 The Gambling Commission has hit Betfred with a £2.87m financial penalty for social responsibility and AML failings.

The UK regulator took action against Petfre (Gibraltar) Limited, which trades in the UK as Betfred and powers the Betfred.com and oddsking.com domains.

There were no controls in place to prevent large levels of high spending by new customers, said the Gambling Commission in a statement.

One customer was allowed to lose £70,000 over a 10-hour period just one day after opening an account with the bookmaker.

The operator was also found to have set safer gambling interaction triggers too high, while account reviews were not conducted when a customer dramatically increased their spend.

The company – which is based in English town of Warrington – also fell short of Gambling Commission guidelines on anti-money laundering.

The regulator said Betfred did not fully take into account the money laundering and terrorist financing (MLTF) risks connected to its business in regards to country or geographic area, customers, transactions, product and services.

MLTF thresholds were deemed “inadequate” by the Commission, with “insufficient” information on customers prior to financial markers being triggered.

Gambling Commission director of enforcement and intelligence Leanne Oxley: “We expect this gambling business and all other licensees to review this case and look closely to see if they need to make further improvements to demonstrate active compliance.”

Betfred also failed to follow guidance issued by the regulator and did not provide adequate employee training, resulting in transactions that were not scrutinised in the proper manner.

Gambling Commission director of enforcement and intelligence Leanne Oxley said: “This is a further example of us taking action to investigate and sanction alarming failures.

“We expect this gambling business and all other licensees to review this case and look closely to see if they need to make further improvements to demonstrate active compliance.

“Where standards do not improve, tougher enforcement will follow,” she added.

The failings were identified following a review of the company’s operating licence and the breaches occurred between October 2019 and December 2020.

The Commission said Betfred co-operated throughout the investigation and took immediate corrective steps to address the failings.

The regulator found no evidence of criminal spend during its assessment.

In 2019, Betfred paid £182,000 in lieu of a financial penalty after another Gambling Commission investigation revealed the business failed to carry out adequate source of funds checks on a customer who deposited £210,000 and lost £140,000 of stolen money over a 12-day period in November 2017.