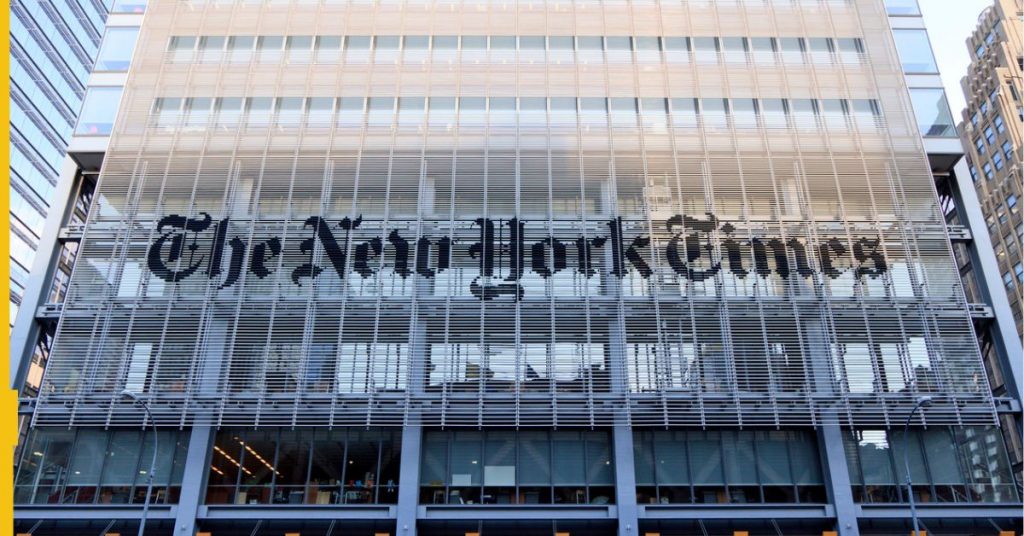 The gambling industry has rallied in defence of its practices after The New York Times published a biting critique of the sector.

The media outlet this week published four long-form articles on the emergence of regulated sports betting in the US. The first in the series was a 29-minute read entitled: Cigars, Booze, Money: How a Lobbying Blitz Made Sports Betting Ubiquitous.

One extract from the article reads: “Gambling companies and their allies deployed a bare-knuckled lobbying campaign, showering state lawmakers with money, gifts and visits from sports luminaries and at times using deceptive arguments to extract generous tax breaks and other concessions, according to a New York Times investigation.”

My @nytimes colleagues & I decided to investigate.

Today, we are publishing several stories on the fastest expansion of gambling in US history. https://t.co/egjMqPncVS

Lawmakers, lobbyists, real estate developers and gambling industry executives were grouped together in the piece. According to the NYT, all had a vested interest and something to gain from the rapid expansion of regulated online gambling across the US.

A second story was published under the title: Why States Were Unprepared for the Sports-Betting Onslaught, which took aim at consumer protection measures in the States and alleged that gambling companies had lured problem gamblers with free bets and bonuses.

Then came what some have described as a “hit piece” on Dave Portnoy, the controversial president of Barstool Sports, which is part owned by Penn Entertainment. The newspaper revealed that Portnoy once filed for bankruptcy after racking up $30k of gambling debts.

This is a direct quote:

“The Times provided Mr. Portnoy with detailed questions about this article. Barstool executives did not respond to repeated messages. Mr. Portnoy did not provide answers.”

Completing the set two days ago was a story about universities and colleges signing commercial agreements with sportsbooks. It was called: How Colleges and Sports-Betting Companies ‘Caesarized” Campus Life, calling out the Caesars Sportsbook.

The recent flurry of in-depth negative coverage has compelled some in the sector to fight back, including the American Gaming Association (AGA).

The AGA said there were “several mischaracterisations” in the Times’ recent reporting.

“The US gaming industry is one of the most heavily regulated in the country,” said the AGA in a LinkedIn post. “The federal government regulates the gaming industry like financial institutions, while thousands of dedicated professionals across legal jurisdictions set and enforce gaming regulations.

“There’s an appropriately high bar to clear to receive and retain a gaming licence and any assertion to the contrary is false.

“The industry’s commitment to responsible gaming is a core and clear differentiator for the US gaming industry against our peers globally.

“That commitment continues to permeate everything we do and evolve with new technology and our understanding of player behaviour.”

David Briggs, board member and former CEO of geolocation specialist GeoComply, also made his feelings clear on LinkedIn.

He wrote: “I have long been a fan of the NYT, however, over the years as I have had the chance to work with journalists there on stories, I have had to accept that it is not without its flaws.

“The worst flaw, that I have seen, is a dogged determination to write the story that fits the headline. And if the facts don’t match the headline, then just throw chaff in the hope that nobody notices,” he added.

Briggs’ post received 155 likes, six reposts and 27 comments, including one from Spectrum Gaming Group MD Michael Pollock, who suggested the NYT had “inaccurately and unfairly” quoted his Spectrum Gaming colleague Joe Weinert in their coverage.

The debate has continued to rumble on social media throughout the last 48 hours.

Hey @nytimes since you are coming after everyone involved in sports gambling shouldn’t you have to admit that @TheAthletic, a company you wildly overpaid for that is losing hundreds of millions of dollars, has a large sports gambling deal? Maybe investigate yourself?

American radio host Clay Travis – who is also the founder of sports betting media company OutKick – pointed out that NYT subsidiary The Athletic is locked into a contract with major US operator BetMGM over an exclusive sports betting partnership.

How do you feel about NYT’s coverage of the sector? Get in touch and let us know via news@igamingnext.com.