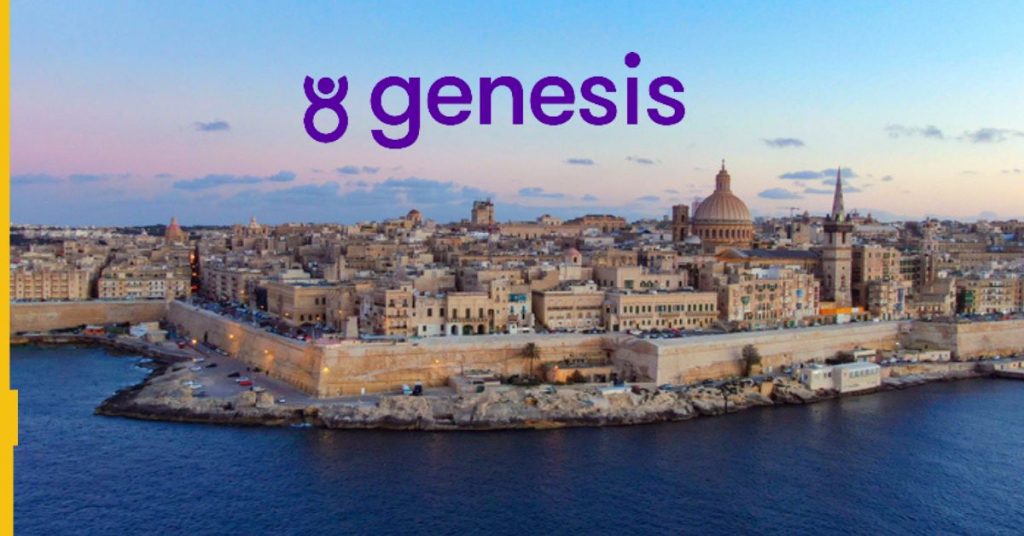 Genesis Global employees are being left in the dark about the company’s future amid rumours that the firm is set to shut down its operations.

iGaming NEXT understands that the operator, which had a 200-strong workforce in Malta, has already laid off around 30 to 40 people in recent weeks.

The news comes just a matter of weeks after co-founder and CEO Ariel Reem announced on LinkedIn that he had left the business on 6 December.

Staff still employed with the company now fear that they won’t be paid at the end of December after they have been ordered to take all outstanding vacation leave.

According to one source who spoke to iGaming NEXT on the condition of anonymity, there is “consensus among employees that there will be no Genesis going forward”.

“Genesis always had a great company culture; however, in recent weeks there has been a complete lack of direction and communication,” the source told iGaming NEXT.

While the company has yet to make an official statement, Genesis’ corporate website is no longer available and its Malta office is also up for rent.

Upon Reem’s departure, Genesis said it had decided to exit the UK market as a cost-saving measure. However, the company appears to be in greater distress than initially suggested.

Employees first realised that Genesis had financial difficulties around six to seven months ago when the company was not able to pay some affiliates.

The trouble started, however, when Genesis was slapped with a £3.8m fine by the UK Gambling Commission after enquiries revealed significant social responsibility and money laundering failures at the firm.

In addition, iGaming NEXT has been informed that certain business ventures did not pan out as planned.

However, the sportsbook did not take off as envisioned due to the onset of the Covid-19 pandemic and the related cancellation of most sports events.

Moreover, the operator decided to enter the Latin American market in partnership with TV Azteca. However, “business didn’t go well”, and Latam support specialists who had just been hired were among the first employees to be made redundant.

While several ex-Genesis employees announced on Linkedin that they are open for work, LeoVegas’ chief commercial officer Chris Welch was quick to highlight his company’s vacancies. 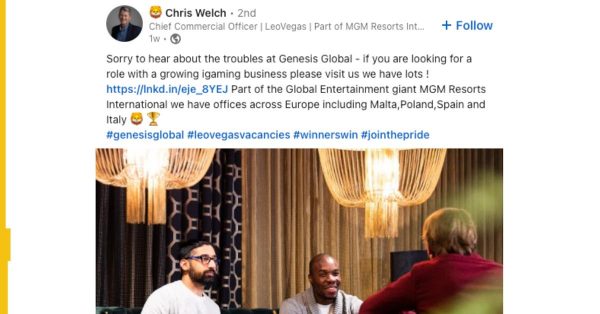 iGaming NEXT understands that there have been internal company plans to bring Genesis back on track. As of the time of writing, however, its future continues to hang in the balance.

iGaming NEXT reached out to Genesis Global for comment before publishing this article.