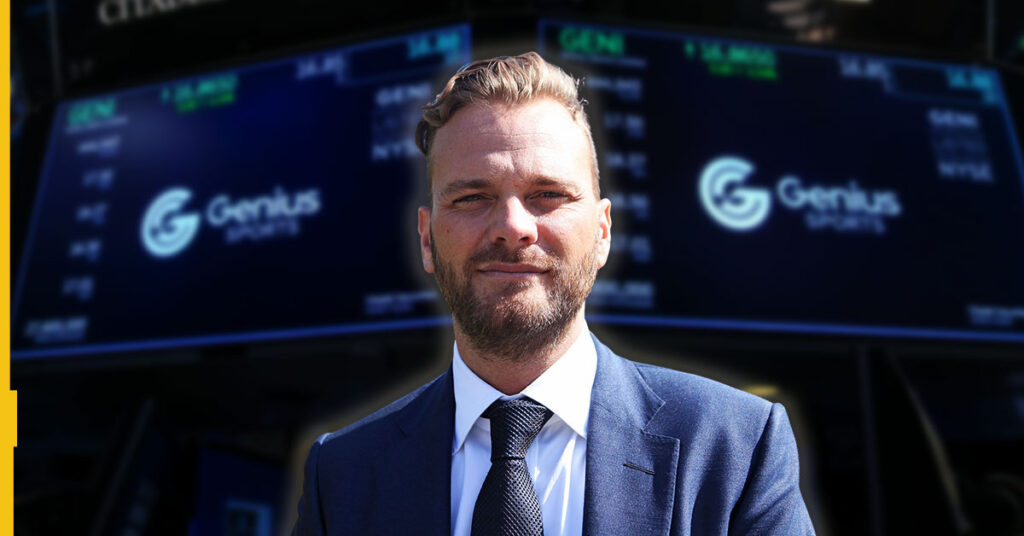 The CEO was followed into the trade by independent directors Niccolo de Masi and Harry You, who purchased 100,000 GENI shares each.

The duo were the main sponsors behind dMY Technology Group II, a special purpose acquisition company (SPAC) that helped Genius Sports list on the New York Stock Exchange in April via a $1.5bn merger.

They also helped US operator Rush Street Interactive to go public on 30 December 2020.

Former Turner Sports president David Levy – who was appointed chairman of the board at Genius Sports in March – separately acquired 25,000 shares of GENI stock, while Oakvale Capital managing partner Daniel Burns capped off the spending spree with 7,480 shares.

The leadership team are clearly backing their own long-term strategy and expecting the stock to rebound after the GENI share price plummeted by 46% over the last month.

A monthly high close price of $19.36 per share steadily declined throughout November, while the dip was accelerated by the publication of the data provider’s Q3 financial results, including a $70m net loss, leading to a monthly low of $9.76 at close on 26 November.

Q3 revenue grew by more than 70% to $69.1m year-on-year however, and de Masi has today (30 November) told his 14,000-strong Twitter following that the board remain bullish on the company and its prospects.