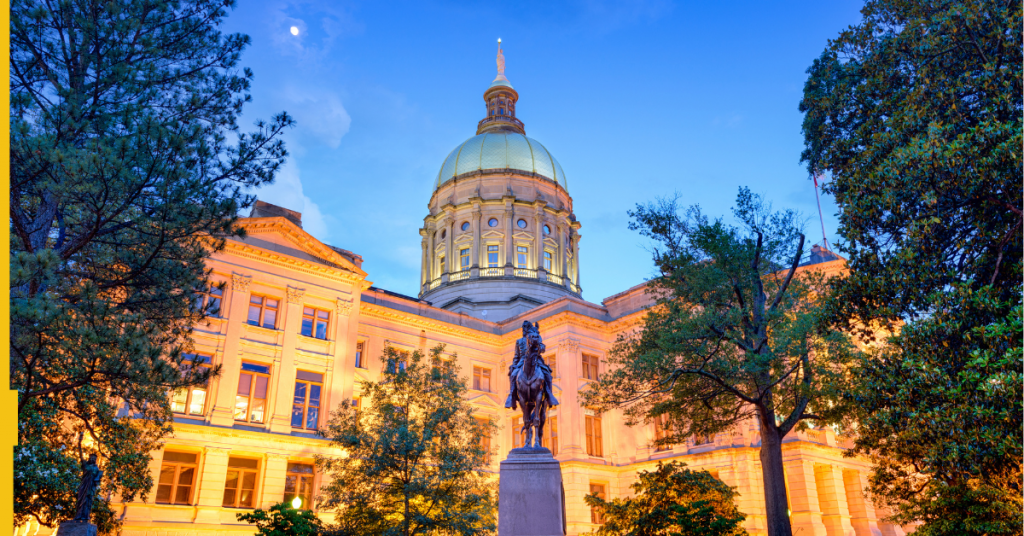 Georgia lawmakers are set to introduce legislation that should it pass this spring could potentially allow legal bets to be placed as early as this fall.

Georiga lawmakers are preparing to again introduce legislation that would permit regulated mobile sportsbooks in the state. After coming close each of the past two years, Georgia sports betting backers are reportedly confident 2023 will see legislation passed.

In 2021, lawmakers appeared to have the votes to place a referendum that would have allowed voters to approve sports betting via the 2022 ballot. That was derailed in part due to the controversy surrounding unrelated voting rights legislation passed that year, a measure that led a key voting block to pull support.

In 2022, a sports betting referendum bill that passed the state Senate was derailed in the House after several conservative lawmakers prevented it from reaching the full floor.

A plurality of voters support legalized sports betting, according to a recent Atlanta Journal-Constitution poll, though the results are less favorable toward legalization than what was found in a similar poll a year earlier.

The pending 2023 legalization effort could avoid a ballot measure entirely.

Some gaming industry legal experts believe the state could legalize sports betting without a ballot measure if it places it under the purview of the Georgia Lottery. This interpretation was reaffirmed earlier this month by an opinion from former Georgia Supreme Court Chief Justice Harold Melton.

Georgia voters amended the state constitution in 1992 to permit the lottery. The Georgia Constitution since that point only explicitly prohibits private lotteries, pari-mutuel wagering events (such as horse races) and casino gambling, prohibitions that don’t extend to sports betting, according to some legal experts.

The Georgia Constitution’s anti-gambling provisions only reach 3 categories of gambling: private lotteries, pari-mutuel betting, and casino gambling. As I have written previously for @TheAthletic, sports betting does not fit within any of those categories: https://t.co/COsZ994mN1

The Georgia Lottery recorded $1.5bn in profits in fiscal year 2021 and is required by law to transfer one-third of those funds to educational purposes, which include the HOPE college scholarship and pre-kindergarten programs. The lottery has transferred more than $24bn to educational funding since its inception.

Gov. Brian Kemp has called for increased HOPE scholarship funding in the government’s upcoming fiscal year. Sports betting under the lottery’s purview could be one means to bolster these funds without raising additional taxes.

Georgia has no commercial casinos, which bolsters the lottery’s prospects as a sports betting conduit. A lottery-run sports betting bill could create monopoly structures such as those in Montana, Rhode Island and Oregon, though these models are opposed by virtually all commercial gaming stakeholders.

Georgia could instead follow a similar lottery-regulated structure as those established in Virginia, Tennessee and Kansas, which all permit competitive, multi-operator markets. FanDuel, which has offices in Georgia, as well as other major brands such as DraftKings and BetMGM have, not surprisingly, pushed for a commercial-friendly structure.

If Georgia lawmakers approve sports betting under any lottery-centric model (and the ensuing structure avoids constitutional challenges that could delay implementation), mobile sports betting could come as early as this fall in a best-case scenario.

Georgia’s legislature will adjourn in early April, meaning any bill would have to pass before that time. Other states have launched their first mobile sportsbooks within six months from the passage of their respective enacting legislation, meaning a launch before the end of 2023 is possible.

Projecting a launch timeline is difficult for a state that hasn’t even introduced a bill this legislative session.

Assuming a bill of any sports betting structure is introduced in the coming days, it would still leave only a few months to complete the byzantine legislative process. Many of the political factions that helped tank the legislation previously, most notably anti-gambling conservatives, still hold considerable power in the Republican-controlled General Assembly.

The earliest another voter referendum could come is November 2024, meaning that even if lawmakers approve that style bill, Georgia bettors wouldn’t have legal sports betting access until at least 2025.