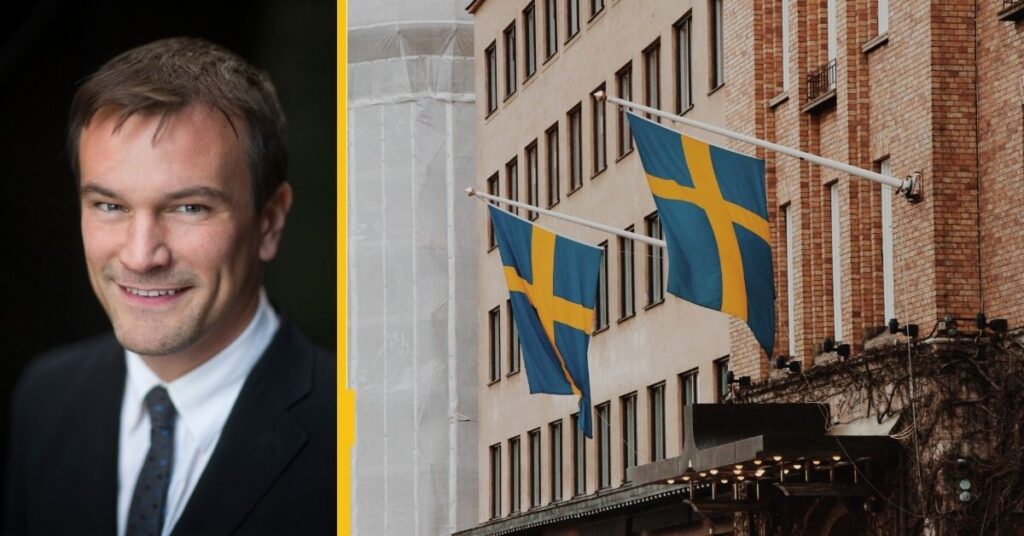 The proverbial stuff hit the fan when one of Sweden’s largest state-owned pension funds, AP7, announced in December that it was blacklisting Finnish engineering company Wärtsilä.

A report by the fund’s sustainability strategist had found that some of the company’s components could potentially be used in the production of nuclear weapons.

The target of the outrage was, however, somewhat unexpected. Instead of Wärtsilä having to run the gauntlet, the condemnations were directed at AP7 and its sustainability strategy. Wärtsilä is an important company in the Nordic region, manufacturing products that help improve our lives. For example, Wärtsilä has delivered components to the ferries that connect Sweden’s largest island, Gotland, with the mainland. Without Wärtsilä, these ships would be stuck in port.

From the backlash against AP7’s blacklisting of Wärtsilä grew a general challenge to sustainability strategies when trading stocks, particularly ethical considerations. Is it unethical to buy stocks in Swedish Saab, which manufactures fighter jets and submarines that are necessary for monitoring and defending our country’s territory in uncertain times? Is it unethical to invest in Austrian Glock, which just won a contract to provide firearms to Swedish police officers who protect the rights of everyone on our soil?

This is where the gaming market comes into play. Gaming is a legal and regulated activity in Sweden, as well as a pastime that provides entertainment for millions of adults in our country. What is the basis of the argument made by some that taking a stake in a gaming company is unethical?

Around 100 companies have been granted a licence to offer gaming services in Sweden. One of them is Svenska Spel – a state-owned operator that is partly owned by me, along with every other Swede. Thus, the Swedish state has decided that we shall all have a stake in Svenska Spel, whether we want to or not.

Meanwhile, the gaming industry has been hit by a wave of recent blacklistings, issued by self-proclaimed sustainability experts and ethicists. More and more Swedish institutional owners – state and private – are choosing to divest from the gaming sector over ethical concerns and those who retain stakes are subjected to harsh criticism and media witch-hunts. There are, for example, a plethora of articles that criticise the trade union, Unionen, for their exceptionally successful investment in Kindred Group.

This would be cause for concern in any country, but in Sweden, it is especially painful. Sweden’s gaming industry has enjoyed tremendous success over the years, while simultaneously being ostracised and forced abroad thanks to crummy industrial policies at home. It triggers phantom pain in every Swede who ponders what opportunities have been lost because of policies pursued under multiple Swedish administrations.

What reward do Swedish pensioners, existing and future, reap from companies like Kambi and Evolution being exclusively owned by foreign institutions over ethical concerns? Are they, for example, grateful for standing on the sidelines of Evolution’s 6,000 percent value increase since 2015?

We Swedes have a pompous tendency to perceive ourselves as somehow morally superior. It is a self-image that needs to be cleansed. With that said, I am personally proud of how well we compare with our Nordic neighbours in global anti-corruption indices such as Transparency International. I believe it also reflects Swedish fund managers as non-corrupt professionals who pressure the companies they own to operate with the same high level of professionalism, integrity and ethical clarity as their shareholders.

How does the requirement for professional, non-corrupt, and ethical behaviour benefit from divestments by Swedish institutions from the gaming sector? After all, it is through these institutions that engaged owners have pressured gaming companies to constantly strengthen their commitments to responsible gaming. I do not mean to suggest that only publicly listed Swedish companies are leading on this issue – some actors on the cutting edge of RG are anything but Swedish or publicly owned – but I have a hard time seeing what consumer protections can be gained by delisting gaming companies from public marketplaces, such as the Stockholm Stock Exchange, pushing them to exclusively find investors and owners far beyond Sweden’s borders.