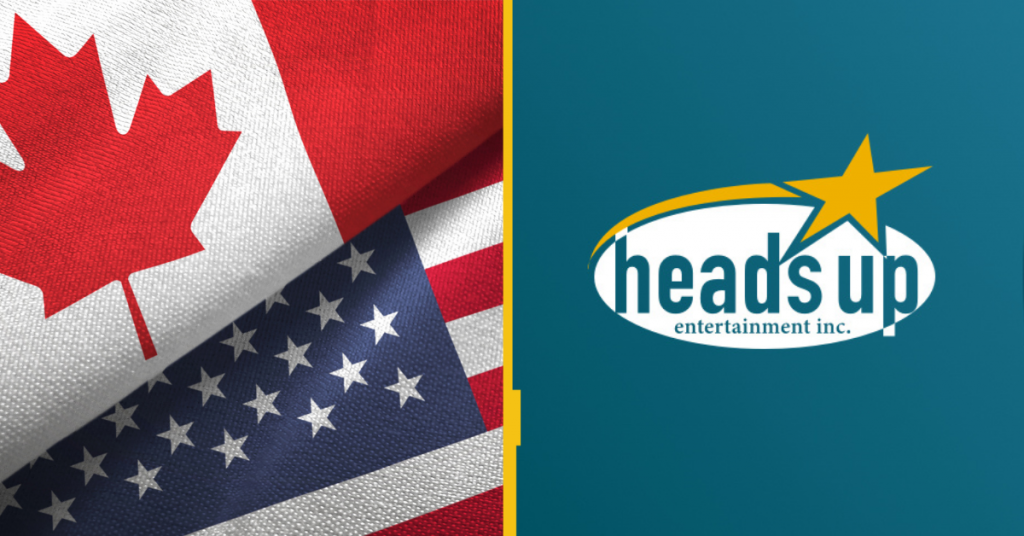 HeadsUp Entertainment has announced its launch into six US states that offer regulated iGaming and sports betting, as well as the Canadian province of Ontario, via a deal with Enteractive Media.

HeadsUp said it has launched multiple revenue platforms across North America (Connecticut, Delaware, Michigan, New Jersey, Pennsylvania and West Virginia) as a result of the deal, which will see the firms collaborate to produce daily content for sports betting customer acquisition.

The businesses also offered details on a further affiliate agreement with Casino Affiliate Partners, which should lead to monetising viewers of HeadsUp’s sports handicapping and information service.

The deal will allow HeadsUp’s GameChangerz brand to drive traffic as a sub-licensed and approved operator in the six US states, plus Ontario, with partnerships in place with operators including DraftKings, FanDuel and PointsBet.

The agreement is expected to generate more than 60 affiliate revenue deals throughout North America, HeadsUp said.

The firm is now working towards creating customer acquisition content for both US and Canadian sports networks, in addition to the creation of a 30-minute television show in the Ontario market for the start of the NCAAF College Football and NFL seasons.

HeadsUp president and CEO Doug Wilson: “The complex nature of the acquisition and merger strategy has been onerous and complicated, but we are pleased that we have built a financial model that will maximise our corporate finance structure.”

Overall, the agreement is expected to generate combined revenue of $1.3m in its first year, with revenue expected to exceed $30m by its fourth year, HeadsUp said.

In May, HeadsUp provided an update on its corporate strategy, which will see the business complete a series of M&A transactions to create a surviving entity branded as HeadsUp Global Inc, which is set to apply for listing on the Nasdaq.

“The planned series of mergers and acquisitions that have been implemented by the management team is designed to minimise dilution and maximise shareholder value as multiple closings take place,” the firm said at the time.

“The complex nature of the acquisition and merger strategy has been onerous and complicated, but we are pleased that we have built a financial model that will maximise our corporate finance structure and build a strong foundation for the many sectors we are operating in to generate substantial revenues,” added HeadsUp president and CEO Doug Wilson.

Elsewhere, HeadsUp recently agreed a partnership with the UAE-based MetaVerse Vision Group which led to the creation of a new subsidiary, HeadsUp Ventures FZ UAE, of which it owns 49%.

HeadsUp Ventures has opened new offices in Abu Dhabi, and a first product has already been released; a generative NFT drop allowing customers to participate in a fantasy sports-style tournament.