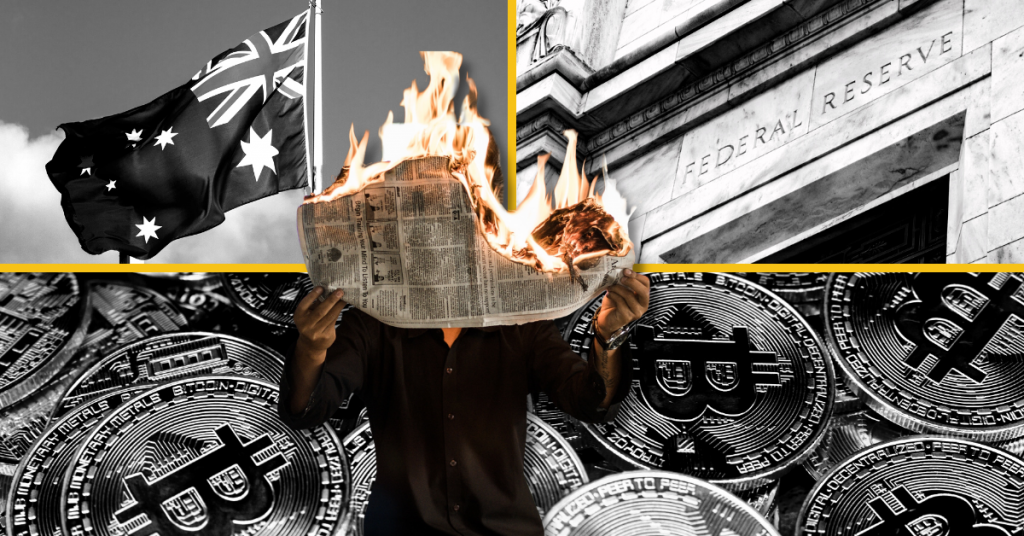 According to an article published by CoinDesk  this week, inflation trends have driven down the price of several cryptocurrencies and businesses operating in the crypto sector.

Compared to the halcyon days of Bitcoin’s highest ever prices – reaching close to $70,000 in late 2021 – it would be no exaggeration to say that the crypto winter has officially begun.

And the falling BTC price had the expected impact upon the wider crypto sector. Among cryptocurrency mining stocks, Marathon Digital fell by 7% while Riot Blockchain and Core Scientific suffered similar falls.

UK miner Argo Blockchain underperformed even further, collapsing by 16.5%. Shares in MicroStrategy – which holds an enormous stockpile of 130,000 BTC – dropped by 6.7% while popular trading platform Coinbase saw 11.5% of its value wiped out.

It appears crypto investors should be preparing to wrap up warm and hunker down for winter, with no indication of how long it might last.

Business going Betr Down Under for Tripp

The Sydney Morning Herald revealed this week that industry veteran and former CrownBet CEO Matthew Tripp is making a bid for a key licence in Western Australia with a new brand, Betr. No, not that one.

While it shares a name with the Jake Paul-backed US micro-betting specialist which was announced this year, the businesses are not related and Tripp’s Betr is hoping to stake its claim Down Under.

Sources close to the situation told the Herald that Betr had emerged as the preferred bidder on the coveted Western Australian TAB licence, and the government has now granted the bookie two weeks to demonstrate it has the financing required to take the position.

It appears to have beaten out both Tabcorp and Entain for the licence, with the two firms being notified by the WA government that they were not the preferred bidders. The successful candidate is set to be officially announced on 24 October.

According to the article, in addition to its expected entry into Western Australia, Betr is separately in talks with the Victorian government about its wagering licence, which is due to commence in August 2024.

And Tripp appears to be bullish on the firm’s chances of flourishing. He told the Herald: “We think [WA TAB] is a must for us as a start-up,” he said.

“We haven’t re-entered this market to play second fiddle to anyone. We want to grow sensibly through M&A and organically with the partnerships that we forged with everyone. We believe we will be – certainly a tier-one operator very quickly – but in time the most prominent brand in the country.”

Now, it seems, the firm will be hoping that a regulatory investigation announced today doesn’t Tripp up its progress.

According to a piece published by Bloomberg this week, renowned investor Cathie Wood is taking on the Federal Reserve to challenge its inflationary policy.

Referring to an open letter sent to the Fed from Wood’s firm ARK Investment Management, the piece detailed how Wood believes the central bank is making a policy error by rapidly hiking interest rates.

She warned that the Fed is raising the risks of a deflationary bust, referencing a series of falling commodity prices as key indicators of danger.

She argued that, by basing its decision making on price growth and job numbers, the bank is focusing on the wrong barometers.

“The Fed seems focused on two variables that, in our view, are lagging indicators – downstream inflation and employment – both of which have been sending conflicting signals and should be calling into question the Fed’s unanimous call for higher interest rates,” she wrote.

Macroeconomic conditions and rising inflation this year have certainly taken their toll on ARK’s investment funds.

Having beaten much of the market through 2020, this year the firm’s funds have fallen by more than 30%, with its flagship ARK Innovation ETF collapsing by 62%.

That puts the funds in a much worse position than much of the rest of the market. By way of comparison, the S&P 500 has dropped 24% this year, Bloomberg pointed out.