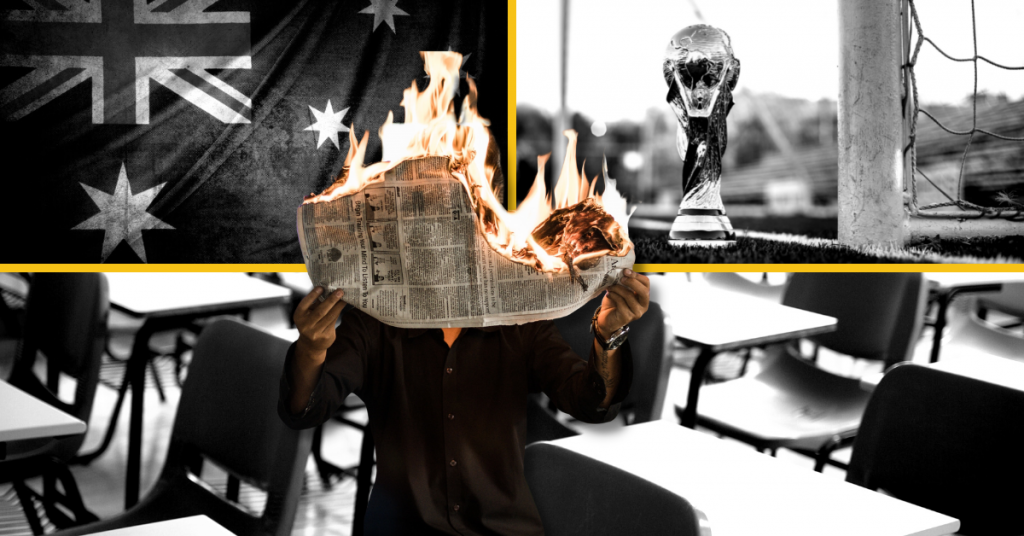 The Times this week put its focus on the prevalence of gambling-related harm among minors, as it quoted from Gambling Commission data showing 3.5% of children aged 11 to 16 (one in 29) either struggled with a betting addiction or showed signs of developing one.

This, it suggested, is akin to one child in every secondary school classroom in the UK showing some signs of gambling-related harm.

Under Gambling Commission definitions, problem gamblers were defined as children who gambled with “negative consequences and a possible loss of control”.

The piece also pointed out that more girls than boys now have a gambling problem, after the proportion with a betting addiction tripled over the past two years.

The Gambling Commission was quick to suggest the finding was not statistically significant, however, and was more likely the result of changes to the questions it asked since last conducting the survey, meaning the latest results were not directly comparable to previous ones.

A total of 0.9% of young girls and 0.7% of young boys were identified as having a gambling problem by the regulator.

In addition, one in 50 children had managed to play lottery games despite the over-18 age limit placed on the products.

According to Henrietta Bowden-Jones, director of the National Problem Gambling Clinic, “There is not enough protection of children when it comes to exposure to gambling cues … adverts on social media or gambling logos and ads when sports are being watched. Gambling has been normalised in an ever-increasing manner over the past 15 years since the implementation of the 2005 Gambling Act.

“[This is] a generation who no longer see gambling as something that belongs to the adult world. It is now seen as a common pastime and within reach due to the internet and to its close links to sport. There is an urgent need to review this exposure in the Gambling Review in order to reverse the process and protect future generations.”

A spokesperson for the Betting and Gaming Council, meanwhile, pointed out that: “Our members take a zero-tolerance approach to betting by children. The most popular forms of betting by children are legal arcade games like penny pusher and claw grab machines, bets between friends and fruit machines – not with our members.”

Forbes provided some insight into expected betting activity on the 2022 World Cup in Qatar – the first edition of football’s biggest tournament since the repeal of PASPA in 2018.

According to the article, punters across the globe are expected to lay down bets in excess of $160bn on the tournament – with more than €1bn being wagered on each of its 64 matches.

In fact, the $160bn figure comes from the 2018 World Cup in Russia, and betting trends are only expected to go one way this time round.

Since it is the first World Cup to take place since the repeal of PASPA in the US in 2018, and the subsequent tidal wave of newly regulated markets opening up across the country, an estimated 20.5 million Americans are expected to place a bet on the tournament.

Handle from the US is likely to come in at around $1.8bn across the whole tournament, according to a study published by the American Gaming Association (AGA), making it the most bet-on World Cup in US history.

“It’s a very safe bet to say that this will be the most bet upon soccer event in American betting history,” said Casey Clark, senior vice president at the AGA. “The biggest sporting event in the world is going to attract a bigger handle than it has before.”

At the time of the last World Cup in 2018, bettors could only get in on the action in Nevada, New Jersey and Delaware. Now, punters across some 30 states will have access to regulated sports betting in some form or another.

And the biggest exposure for bookies in the US appears to be punters backing their own team.

While the odds of a victory for the US Men’s National Soccer Team are slim – their best ever result was reaching the semi-finals in 1930 (when the team boasted six British-born players, incidentally) and they failed to qualify for the 2018 tournament in Russia – an unexpected victory could cause havoc for US bookies.

DraftKings is taking bets on the team to win the tournament at 130/1, for example, and would stand to lose a colossal amount if it had to pay out on bets placed at that price.

“The public always bets the United States,” said John Murray, director of the Superbook at Westgate Las Vegas. “As much as I’d love to see them win the tournament, that’s pretty unlikely.”

Responsible investing has come in for a great deal of criticism in 2022. The list of companies and countries that are accused of not being as ESG-friendly as promoted is getting longer by the day.

The Guardian this week reported that Australia’s biggest superannuation funds, which are employer-sponsored retirement accounts, have invested more than A$4.2bn of workers’ retirement savings into the gambling industry, even as part of investment plans that claim to be “socially aware”.

Analysing portfolio holdings disclosures for the most popular investment options offered by the 10 biggest superannuation funds, the newspaper revealed that all funds invest in Aristocrat Leisure, owning a total of at least A$1.67bn worth of shares.

Moreover, the newspaper pointed out that the “socially aware” option of the country’s biggest fund – the AustralianSuper – has invested A$16m in Aristocrat and nearly A$45m in four of the six biggest publicly listed gambling companies in the country.

According to a spokesperson of the fund, AustralianSuper did not exclude particular industries other than tobacco, while the active engagement with the gambling sector would help ensure “high standards of responsible gaming and appropriate governance practices are in place.”

The newspaper also revealed that Australia’s third biggest super fund, Aware, which promises to “invest your super in ways that will do good for your community”, was also a big holder of gambling stocks.

A spokesperson for Aware commented: “We invest across an exceptionally wide and diverse range of industries and the gambling sector is just one of these. Importantly, members with ethical concerns around the gambling sector can choose one of our socially responsible investment options, which have no gambling exposure.”

The retail employee fund, Rest, had meanwhile invested A$400,000 in Australia’s largest slot machine manufacturer Endeavour, despite claiming that their investment scope excludes companies generating more than 5% of their revenue from gambling.

A spokesperson for the fund said Endeavour did not breach the gambling exclusion and outlined that all decisions had been made in the best financial interest of the fund members.