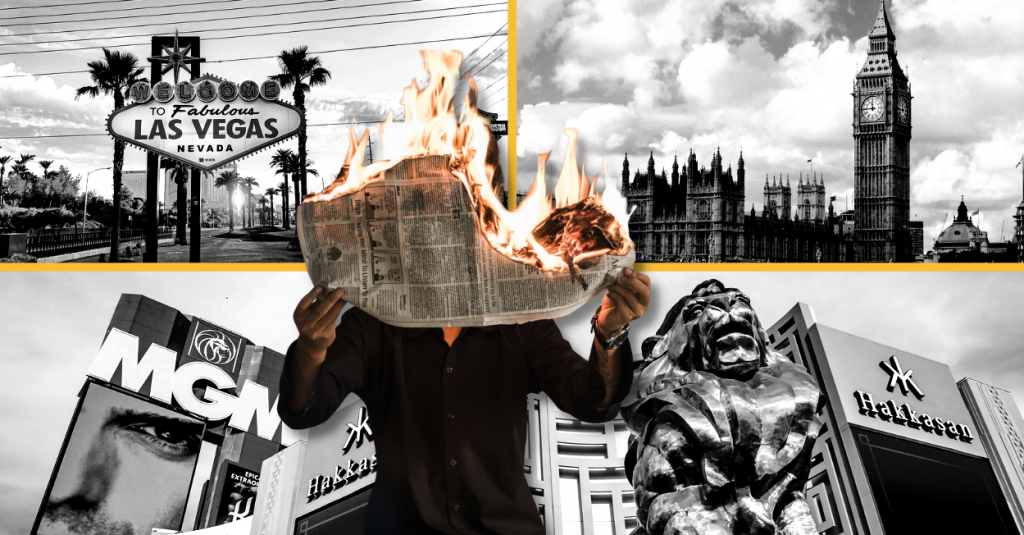 Will they, won’t they?

According to an article in Seeking Alpha, MGM Resorts International is once again considering an acquisition of gambling industry behemoth and its joint venture partner in BetMGM, Entain.

In January 2021, MGM made a bid for Entain worth around $11bn, which Entain rejected stating that the offer “significantly” undervalued the company. Currently, Entain’s market cap is around £8.3bn.

Now, according to Seeking Alpha, MGM once again has an increased interest in acquiring Entain, and may seek to take over either the entire business or just its North American operations.

Will Hershey, co-founder of Roundhill Investment, reportedly added some weight to the rumours, suggesting there is a “high likelihoold” of MGM re-engaging in takeover discussions with Entain with a view to gaining full control of BetMGM.

The 50/50 JV holds a significant market share across US sports betting and iGaming markets, and is considered to be one of a handful of key players expected to go the distance as an increasing number of smaller operators begin to pull out of the market.

Hershey added that MGM had signalled its interest in operating online gambling outside the US when it bought LeoVegas in a $604m deal earlier this year.

While it remains to be seen how big an offer MGM would have to make to convince Entain to sell up, gaining full control of BetMGM would be one thorn removed from the lion’s paw.

UK government gets its Act together

The Times this week reported that after months of political turmoil and delays, the review of the Gambling Act has risen back to the top of the UK government’s agenda.

According to the newspaper, Prime Minister Rishi Sunak intends to move ahead with plans to curb online gambling amid concerns about the number of people who are becoming addicted.

Stake limits are once again back on the menu, as The Times revealed that the government is planning to introduce maximum stakes for online slot machines of between £2 and £5, with people able to make bigger bets only if they can afford to.

Moreover, gamblers will be subject to “non-intrusive” checks on their finances to ensure they are not racking up unsustainable losses, while the government also wants to introduce more robust age verification to ensure that under-18s cannot partake in any form of gambling.

However, The Times revealed that the government is expected to drop plans to ban free bets and VIP packages, while also axing plans to ban gambling companies from sponsoring football shirts for Premier League clubs, favouring a voluntary approach instead.

Curiously, plans to relax regulations on brick-and-mortar casinos have also been brought up again, with the land-based sector to be granted rights to install more machines on their premises and extend credit to wealthy foreign customers.

Some government figures are said to be pushing for a release of the white paper before Christmas, while others suggested it is likely to take longer than that.

A source close to Michelle Donelan, the secretary for digital, culture, media and sport, told The Times: “This is an issue close to Michelle’s heart – she knows too well the devastating impact that problem gambling can have on people’s lives, but also wants to make sure that the balance is right and that protecting the most vulnerable is the top priority.”

Whatever ends up in the final version of the Gambling Act review, firms in the UK will be glad to finally get some clarity on the rules going forward, after a long and frustrating period of uncertainty.

Vegas continues to bounce back

As shown in an article from The Nevada Independent, gambling revenue in the state is back on the up-and-up as Sin City looks set to smash the record figures set in 2021 this year.

October marked the 20th consecutive month of Nevada operators generating over $1bn in gambling revenue, according to figures from the state’s Gaming Control Board.

Strip casinos have recorded $6.8bn of the figure, while Michael Lawton, the control board’s senior economic analyst, said the combined markets outside of the Strip, which saw revenue grow 10.6%, were the catalyst for a significant year-on-year statewide revenue increase in October.

Casinos in downtown Las Vegas also combined for a single-month gambling revenue record in October of $90.5m, a 19% increase. As of October, revenues in downtown casinos are 6.3% ahead of 2021’s single-year record of $842.2 million.

One catalyst for Nevada’s gambling growth has been an increase in the number of visitors in October. During the month, more than 3.6 million people visited Las Vegas, a 7.3% increase over October 2021, while convention attendance was around 4.2 million, the highest monthly total this year.

Sports betting was also on the up, with Nevada sportsbooks recording revenue of $56.9m in October, up 17.7%. Some 67% of the $921m wagered in Nevada during the month took place on mobile.

Operators in Nevada will certainly now be hoping that the growth happening in Vegas stays in Vegas.