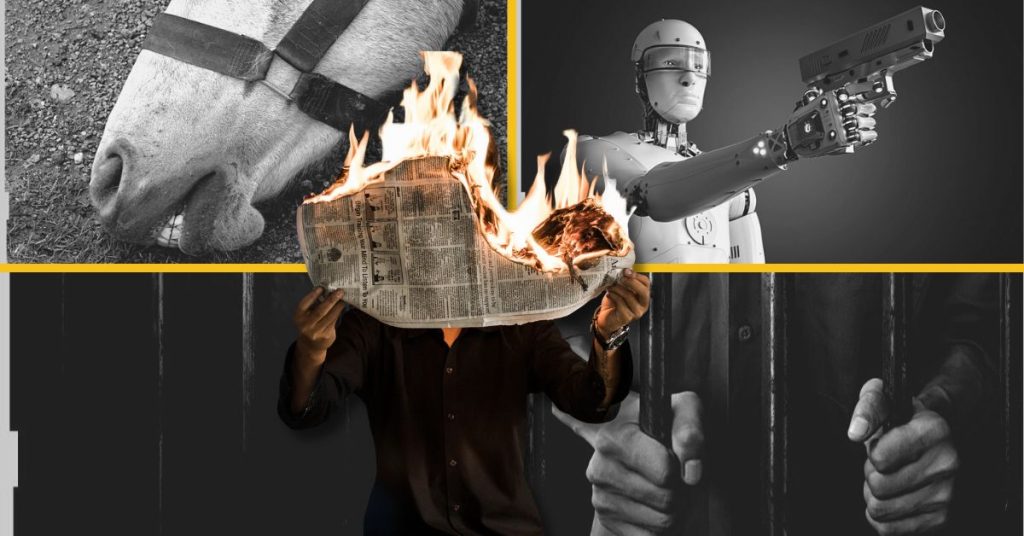 These aren’t the droids you’re looking for

It has been impossible to ignore the hype surrounding AI technology in 2023, most of which has been driven by the accessibility – and capabilities – of OpenAI’s ChatGPT software.

The rise in prominence of AI has left many of us – rightly or wrongly – absolutely convinced that the robot revolution is coming, and sooner rather than later.

Many fear sizeable job losses for us mere human beings, and many are right to. But this may not occur at the hands of a power-hungry droid army, despite what Hollywood would have you believe.

For example, Microsoft this week became the latest top-tier tech company to lay off thousands of staff – 10,000 to be precise – according to the New York Times.

This is not because Microsoft offered ChatGPT £26,000 a year to do their jobs for them, but because the company has decided to pivot to more pressing priorities, including investing heavily in AI.

The newspaper said Microsoft and its technology peers had responded to surging customer demand in recent years by “essentially hoarding” technical staff. But with inflation now squeezing budgets, lay-offs have become a necessity for most large-scale companies.

“The reality is you can adjust hiring very quickly, and that is what is going on,” Stifel analyst Brad Reback told the New York Times. “I don’t think this is symptomatic of a bigger issue.”

So there we have it. Brad doesn’t see the robots taking over as a big issue, and neither should you – for now at least.

Macau gambling bigwig Alvin Chau was sentenced to 18 years in prison for more than 100 charges including organised crime and illegal gaming this week.

BBC News was one of many outlets to report on the development, which saw Chau found guilty in a case that focused on illegal bets in excess of HK$823.7bn, or £85.7bn – so not exactly pocket change.

Chau, who was the chairman and founder of operator Suncity Group, had denied the charges. It was Macau’s biggest operator of junkets, which are organised trips for the wealthy to land-based casinos.

The business arranged for big spenders from China to travel to Macau and gamble in the city’s casinos, where it was legal, and even offered loans to them. It also collected debts for casinos and operated VIP rooms.

Prosecutors accused Chau of leading a criminal syndicate that worked as a middle man for undeclared bets, which allegedly lost the government more than HK$8.26bn in tax income.

The court ruled in favour of the prosecutors on most charges, but acquitted Chau of money laundering. As gamblers well know, you win some and you lose some.

ITV News this week reported on a new study that is searching for participants to assess the effect of the drug ketamine and its impact on gambling addiction.

University of Exeter researchers are trying to find out whether ketamine’s effect on human memory can be used to break down the positive reinforcement associated with gambling addiction, while also preventing the urge to gamble.

The study will be conducted by a professor of psychopharmacology to examine both the benefits and side effects of recreational drug use on cognition, mental health and neurobiology.

It will be the first study in the world of its kind, although magic mushrooms have often been analysed in similar circumstances to explore their effect on different neuro conditions.

The experiment will assess people’s memory of money and determine whether those memories can be altered by giving a low dose of ketamine.

Ketamine is an anaesthetic drug that blocks a receptor involved in learning and memory. It is a Class B illegal drug in the UK, but has previously been used to treat both pain and depression, and is even more well known for anesthetising horses.

If this sort of thing sounds right up your alley, you must gamble regularly and be at least 18 years old to participate.