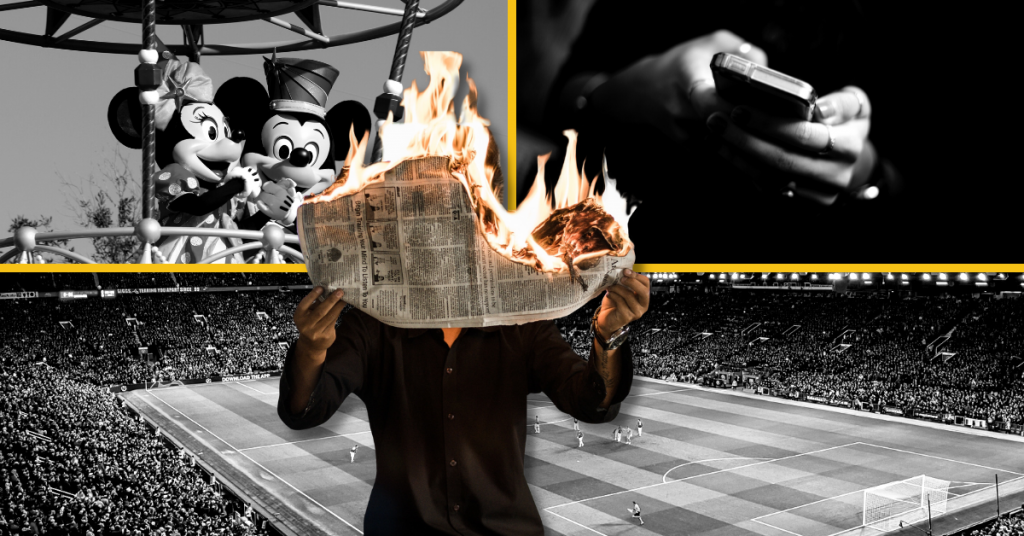 In October, the UK’s advertising regulator clamped down on gambling marketing by banning the use of role models and celebrities with a particular appeal to under-18s.

This week, The Guardian shone a light on the questionable interpretation of those rules by some operators that have splashed the cash on their World Cup campaigns.

The paper points out that former footballers Peter Crouch and Robbie Keane have starred in ads this month for Paddy Power and Betway, while their former manager Harry Redknapp is also promoting BetVictor’s sportsbook during the winter tournament in Qatar.

The ban – implemented by the Advertising Standards Authority on 1 October – specifically includes footballers at top clubs.

The guidelines do say that former players or managers are less likely to appeal to young people, however. Keane, for example, is 42 and scored for the Republic of Ireland at the 2002 World Cup in Japan and Korea. That was 20 years ago now.

Redknapp, meanwhile, is 75. He managed West Ham, Portsmouth and Tottenham Hotspur in the Premier League and even went on to win I’m a Celebrity …Get Me Out of Here! In 2018.

Crouch is the most likely of the three to fall foul of the ad restrictions. He is the youngest of the trio at 41 and was still playing in the Premier League in 2019. Since then, he has hosted a hugely popular self-titled podcast that is still running and regularly tops the charts in the UK.

Paddy Power parent company Flutter Entertainment told The Guardian: “We work very hard to ensure we comply with all applicable regulations around the use of celebrities, and we firmly believe we lead the way on safer gambling. We hope the country can enjoy our advert in the spirit it is intended.”

Crouch features on a Paddy Power-backed Christmas parody album called Crouchy Conducts the Classics. The profits will be donated to the LGBTQ+ charity Stonewall.

BetVictor told the paper its campaign complied with all relevant regulations.

It could happen to anyone

Parkinson, a well-known reporter in the UK, explained how she “didn’t see it coming” and even now she still winces at the word addiction, “though that is plainly what it is”.

She wrote: “I really wish there had been a warning that gambling was addictive,” I joked to a friend, though neither of us was laughing – at that point I was genuinely worried about paying rent and bills. I had lost all of my savings. I’d ‘spent’ an entire book advance.”

Parkinson said that like many other people, she had imagined gambling as the preserve of “bored middle-aged men in rundown high-street shops”, until she realised that “nowadays you can bankrupt yourself via an app on a mobile phone, or a never-closed browser tab”.

The onset of the pandemic marked the start of Parkinson’s gambling addiction when there “was nothing to do”.

However, she also linked her problematic betting behaviour to her diagnoses of bipolar disorder and ADHD, highlighting that multiple studies have established a connection.

According to a Cambridge University study, Parkinson wrote, one in 10 people with bipolar disorder develop moderate to severe problems with gambling.

She recalled how she had tried to quit many times. She had used the self-exclusion function of 16 different online bookmakers.

“When I blocked myself from the bigger sites, I would then use even dodgier outfits: less attractive odds, glitchy websites, opaque terms and conditions,” she explained.

“At one point, in true addict style, I roped family into it. I ended up lying to my mother and sister to borrow their bank cards to set up new accounts. (I transferred money to them, so I was still gambling with my own money and not theirs, which was at least something.)

“I had multiple identities on multiple websites. I was three different people.”

Eventually, Parkinson said, she was contacted by the responsible gambling teams of some betting companies, but not by all.

“I lied to them about my income and savings, and how much I could afford to lose. One time I said I had inherited a windfall. Another time I said I earned £30k more than I do.

“They didn’t check, but if they had, I’m not sure I wouldn’t have been furious rather than grateful.”

Lastly, she confessed she is still to overcome her addiction: “I’ve written here mostly in the past tense. But the truth is I decided to write this piece because I am still gambling, and I considered that this might be the one thing that could stop me.

“Because, though I currently have the very real and justified worries that I will lose my job, friends and home, I also have, as I type this, one eye on my phone checking for results.”

Disney to stop taking the Mickey on sports betting

Following the announcement that former Disney CEO Bob Iger would return to the role – as former CEO Bob Chapek stands down – Business Insider ran a piece this week on three major changes investors can expect from the company under Iger’s leadership.

Perhaps most interestingly, Iger’s return has reignited discussions around the ESPN owner’s possible foray into the world of sports betting.

Industry figures have been looking to Disney as one of the major companies currently outside the betting sector that could shake things up in highly competitive US markets, where Flutter Entertainment-owned FanDuel currently rules the roost.

After a great deal of to-ing and fro-ing around the issue over the past year or so, investors now expect Iger’s return to the helm of Disney to bring with it some additional clarity on the firm’s intentions in the betting sector.

While the business currently holds partnerships with both DraftKings and Caesars Entertainment, it has yet to make sports betting a fixture in its live sports broadcasts and talk shows.

Disney’s so-far cautious approach to the sector is no coincidence given its family-friendly, globally recognised brand.

“We had some concerns as a company about our ability to get in it without having a brand withdrawal,” former CEO Chapek said in 2021.

“But I can tell you that given all the research that we’ve done recently that is not the case. It actually strengthens the brand of ESPN when you have a betting component, and it has no impact on the Disney brand.”

“Chapek’s tenure was marked by what can only be described as a very expensive stasis on the sports betting opportunity,” Grove said.

“You could argue that Disney lost out on hundreds of millions, if not billions, in sports betting dollars thanks to Chapek’s strategy.”

Now, a return to the conversational fore for sports betting could spell good news for investors. Bank of America analysts previously listed the addition of betting to ESPN’s revenue generators as one of five potential catalysts for a new strategic direction for the business.

Grove concluded that Iger’s return “could generate enough momentum to get past whatever has kept Disney stuck to date on striking a big sports betting deal.”

There’s something for investors to get animated about.