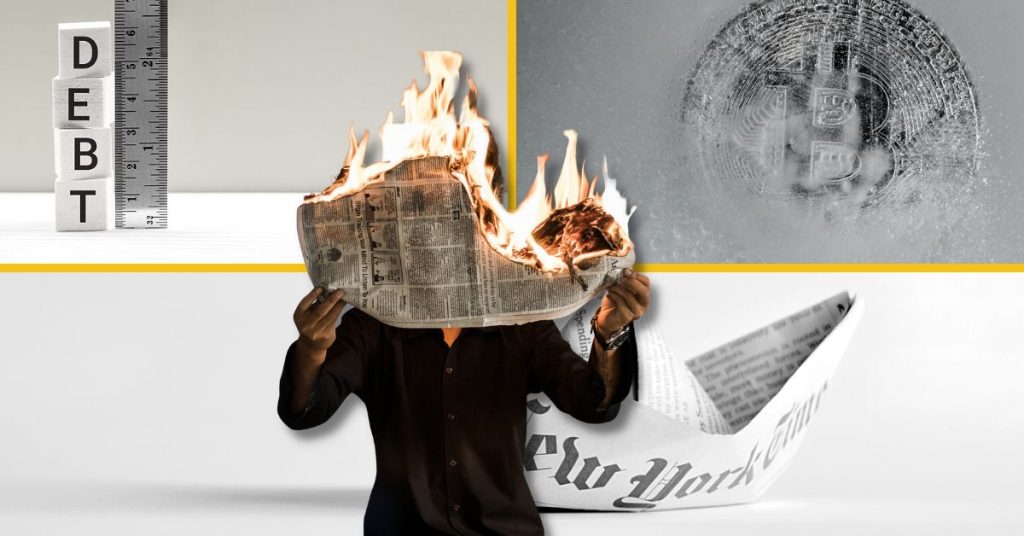 Betting and gaming giant 888 received a shout-out in a Bloomberg Law article this week as one of several major companies to take on a massive debt at, quite possibly, the worst imaginable time in recent history.

The operator’s acquisition of William Hill International “left the combined firm with a much greater debt structure than anticipated due to deteriorating macroeconomic conditions,” Bloomberg said.

But 888 is not alone in its precarious debt structure. The firm was included in a broader story on how a surge in private equity activity across Europe in recent years has “loaded hundreds of companies up with debt, eroded their credit ratings, and left many of them vulnerable to bankruptcy as an economic recession approaches.”

Last year saw 762 PE buyouts in Western Europe, for a total value of $336bn – the highest figure seen since 2007, Bloomberg pointed out.

Now, higher borrowing costs associated with rising interest rates will put pressure on such businesses, according to Moody’s Investors Services, especially given that those backed by PE tend to be funded with floating-rate debt.

As a result, some 70% of European junk-rated companies are at risk of default, Moody’s said.

Here’s hoping some of these firms manage to take off before that happens.

Living in a fantasy world

Forbes published a piece this week to examine how unregulated bookies manage to sneak under the radar of unsuspecting regulators stateside.

According to the article, there are a plethora of unlicensed operators currently offering sports betting across state lines in the US (in possible contravention of the Wire Act, the piece added) under the guise of daily fantasy sports.

While Forbes accepted the New York Times had recent and legitimate concerns regarding the regulated industry, “there should perhaps be an even greater concern about another form of sports gambling operators – those that operate on the web without a licence, and thus without any regulation whatsoever.”

The piece pointed out what those inside the industry already know: that many of the advantages of using a regulated betting operator – consumer protection, responsible gambling measures, and so on – are absent when it comes to offshore operators offering sports betting disguised as DFS – and we aren’t talking about the sofa store that loves a sale.

“Companies that are offering against-the-house prop betting are pretending to be fantasy sports, even though they could theoretically attempt to secure sports betting licences, operate on an intrastate basis, increase their minimum age of entry, and thereby operate legally. And, yet, still they are not,” the piece said.

The article said it was “odd” that state regulators have not attempted to tackle the problem of unlicensed operators posing as DFS platforms. “Odder still” is that regulated operators also haven’t taken their offshore counterparts to task on their offerings.

Then again, operators and regulators have enough on their plates at the moment in dealing with the fallout of that New York Times coverage.

Is crypto ready to come in from the cold?

This year has provided a steep learning curve for crypto enthusiasts, according to a terrific article in Investopedia this week.

Highlighting some of the key lessons learnt during 2022, the author wrote: “Decentralised finance, or DeFi, is vulnerable to hacks. A Stablecoin is anything but. And the collapse of a single leading crypto exchange can send shockwaves worldwide.”

The ‘crypto winter’ has lasted for a lot longer than one season and is showing no signs of improvement, according to the article, although there are, still, a few reasons to be cheerful.

An increase in the uptake of crypto in mainstream circles – with leading financial institutions and the US government beginning to take an interest – as well as increased efficiencies on the Ethereum network (saving up to 99.95% of its previous energy consumption, according to the piece) both point to positive developments within the industry.

Has anyone got any straws we can clutch?

The piece goes on to give an impressively in-depth run down of the potential changes coming in 2023, as well as a look back on the events that brought us to this point.

The Russia-Ukraine war, the collapse of cryptocurrency Terra and crushed consumer sentiment earlier in 2022 all shaped the story of how we got here.

Meanwhile the birth of Ethereum 2.0, the continuing introduction of rules and regulations by governments around the world, and the recent controversial collapse of exchange platform FTX all get put under the microscope.

The article concludes that crypto could come back stronger after this year’s various collapses.

“In 2023, crypto will likely to move toward the mainstream, and the market will innovate, but it will also face increased scrutiny and possible regulations.”

If the author is to be believed, perhaps it’s time for crypto enthusiasts to come in from the cold and start preparing for spring.