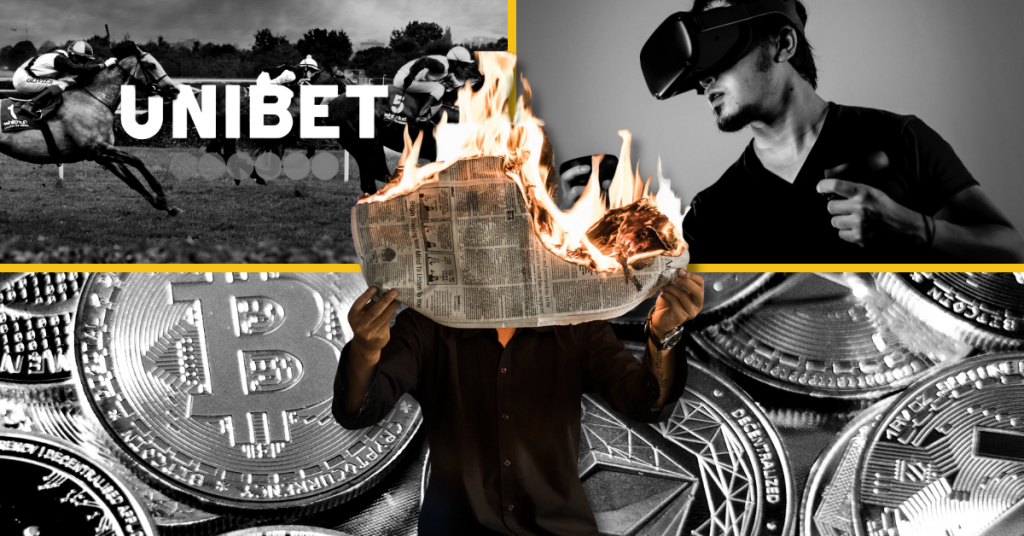 This week, Swedish newspaper Expressen revealed that a famous former customer has filed a lawsuit against Unibet owner Kindred, with a view to suing the firm for SEK10.3m (€1.0m).

Self-described gambling addict Per Holknekt, who is also a Swedish fashion designer and media entrepreneur, gambled away as much as SEK26m over 15 years, and claims that he was “seduced into a viciously dependent position towards the gambling companies.”

After announcing that he would be filing a lawsuit against Kindred in 2020, this week the suit was sent to the Stockholm District Court.

“The gambling company has deliberately ignored the player’s gambling addiction and through constant incentives worsened his financial situation,” the lawsuit claims.

Kindred told Expressen it had noted the lawsuit, but declined to comment further.

An interview in the Financial Times shed a light on the difficulties of regulating cryptocurrency, as it revealed the chair of the European Banking Authority (EBA) holds major concerns over the regulator’s ability to govern the industry.

The EBA is set to introduce new regulations around digital currencies by 2025, although it appears that several obstacles still stand in its way.

According to the article, the Authority’s ability to hire specialised staff is a “major concern,” while chair José Manuel Campa said the organisation was also worried about the logistics of planning for its new powers, as it will not find out which currencies fall under the regulation until very soon before its introduction.

The intention is that the EBA will supervise “significant” tokens that are widely used as means of payment, as well as stablecoins, which are popular tokens linked to traditional assets.

According to the FT, banks, fintechs and consultancies are making the EBA’s life difficult by snapping up specialist talent while offering “lavish” packages to attract the top performers to work with them.

This does no favours for the regulator, which offers compensation packages in line with those of the European Commission. Campa said that giving the regulator more freedom to determine pay packets – and thus help it attract the talent it requires – is “not within the range of possible discussions.”

Investors in Meta will be celebrating this week after the social media giant revealed it had managed to reduce the quarterly loss of its Facebook Reality Labs (FRL) division from a whopping $2.96bn in Q1 to a frankly insignificant $2.81bn in Q2.

The Crypto Times reported that FRL generated $452m in revenue during Q2, a tiny portion of Meta’s total $28.4bn in quarterly turnover.

According to the author, Meta previously estimated the FRL division would reduce its net profit by around $10bn in 2021, with the company suggesting it was ready to spend even more on the division in the coming years.

Back in 2001, Microsoft sold the Xbox at a loss so it could break into gaming and beat Sony and Nintendo. It lost around $125 on every console sold. It sold 24 million. Bill Gates also added more memory to the machine to make developers like Tim Sweeney happy.

Reality Labs is Meta’s research and development division for virtual and augmented reality, and the owner of the Oculus Quest VR headset. The firm currently operates 12 Reality Labs research facilities around the world.

Meta’s latest financial report showed it had suffered its first year-on-year revenue decline in its history, after a fall in advertising sales saw total revenue slip by 1%.