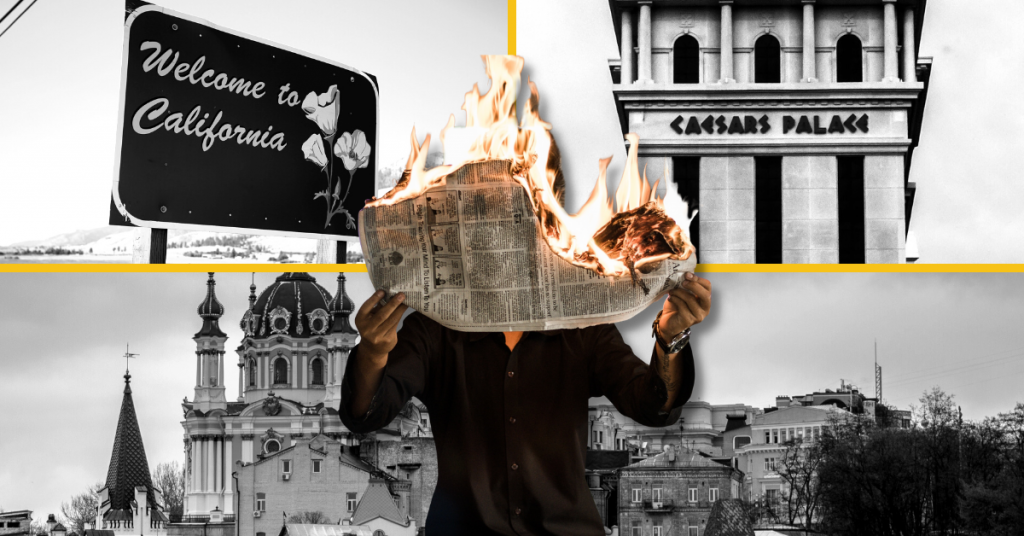 The LA Times ran a story this week on what has rapidly become the most expensive single-issue political campaign in California, between the two ballot measures currently competing for votes to introduce sports betting to the state in different forms.

The piece estimated that interested parties have now spent upwards of $350m on campaigns for and against Propositions 26 and 27 – which would allow sports betting in-person at tribal casinos and horse racing tracks, and sports betting online on platforms run by California tribes or companies that partner with them, respectively.

And it’s not over yet; campaign spending may grow to as much as $500m by the time the election is over, the author said. That would be more than double the spend of the previous record holder for the most expensive campaign in California history – a 2020 ballot measure around state labour laws, which saw Uber and Lyft contribute heavily to a total $224m in campaign spending.

Of course, it isn’t just the money that has caught the attention of Californians, but the campaigns themselves. The article refers to the ads currently being shown across the Golden State, with some claiming that online sports betting tax revenues could solve homelessness, and others arguing it is nothing more than a greedy move by big corporations.

“Another ad pits poor tribes against rich tribes in an especially depressing attempt at voter manipulation,” the article pointed out.

Crucially, the piece details how the campaign is so much more than just a tale of two opposing sides. The issue of sports betting in California “has pulled Indian tribes, cardrooms and online sports betting platforms into a turf war rife with complex allegiances and long-standing beefs,” it said.

Whatever happens, there is still a long way to go until November and, almost certainly, more money to be spent.

Caesars staying out of it

Speaking of the Golden State, an article in the Nevada Independent this week claimed that “Caesars Entertainment’s neutral stance in California’s heated battle over the legalisation of sports betting could render the casino company the ultimate victor once the ballots are counted.”

According to the article, CEO Tom Reeg told analysts last week that the casino operator would stay out of the debate while competing sides campaign for voter support on the November ballot.

Reeg cited a possible conflict of interest – based on Caesar’s partnership in two California Indian casinos – as the reason the operator is staying out of the debate.

Indeed, it’s not through lack of ambition on the firm’s part that it has decided to keep shtum on the issue.

“I struggle to think of a jurisdiction we would not go to in the US if it opens,” Reeg said in response to a question about California. “We want to be everywhere, but in terms of California, we’re not part of either initiative,” he added.

“We don’t want to be in opposition to tribal interests when we’re their partners,” Reeg said. “So we’ve remained neutral in California throughout. You should expect that to be the case in any state where tribes are at odds with the commercial interests.”

Of course, the neutral stance is also saving Caesars a pretty penny, as it hasn’t been caught up in the race to see which side can pour the most cash into its campaign and, in theory, turn voter sentiment in its favour as a result.

Gaming industry adviser Brendan Bussmann commented that Caesars has taken the correct approach here, by “not putting millions of dollars into a dicey political race to the bottom. Based off the ads I’ve seen recently in California, it looks like a no-holds-bar game of battleship,” he said.

To Russia with love

She is fighting back against Putin’s war in Ukraine – in particular the Russian state’s use of widespread misinformation to support its objectives – by placing ads on both pornography and gambling websites to tell Russians and Belarusians the truth about the conflict.

She told Business Insider that advertising on these kinds of websites made sense because it was easy and affordable – while increasing the chance of Russians and Belarusians seeing the ads.

Although she is unable to track the ads and therefore properly assess their effectiveness, Baydachenko said she believed about 80% reached her intended audience. “Adult and gambling sites have a Russian audience, and ad platforms can sell us this traffic,” she said.

As the quantity of propaganda and misinformation online continues to grow, she added: “We strongly believe that we should try to deliver truthful messages to those who have been under decades of state propaganda.”

Indeed, BI previously reported that the disinformation within Russia was so effective that many Ukrainians could not convince their own family members in Russia that they were under attack.

Summarising the motivation behind her adult-website-driven campaign, Baydachenko concluded: “I am sure that Russia uses the same methods as the former KGB: blackmail, torture, psychological pressure, and more to make journalists obedient.”

With widespread censorship taking place across Russia, gambling and other adult websites are acting as Ukraine’s Trojan horse, with Baydachenko sneaking misinformation-combatting content to citizens under the nose of the state’s government.