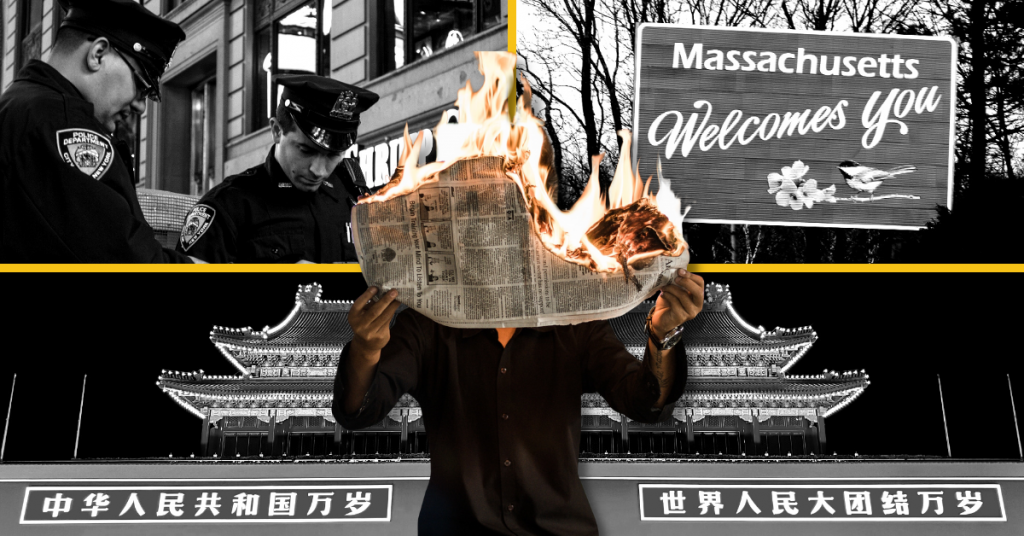 According to an article published this week in the Boston Globe, lawmakers in Massachusetts – who recently voted to legalise sports betting in the state – have no idea how many problem gamblers there are in the market.

The Globe pointed out that when passing a wide-ranging bill to legalise casinos in 2011, lawmakers in the state promised strong protections against problem gambling and generous support to help track its level – undoubtedly a smart move given that the state is already home to the highest per-capita lottery spend in the US.

But, the article said, there hasn’t been a statewide study published on the prevalence of problem gambling since 2015, when the state released its last baseline study. Studies of the effectiveness of state initiatives to tackle problem gambling are also still ongoing, it said, leading to a dearth of available data and analysis in the area.

Apparently, now that the sports betting bill has been passed in the state – with an official market launch expected in or around 2023 – experts in the region say Massachusetts could be heading for a significant uptick in the number of people suffering from gambling-related harm.

According to Clyde W. Barrow, a former UMass Dartmouth professor who studied the Massachusetts gambling industry, this is a problem which should be solved with much more regular check-ups on punters in the state.

“It should be done every two years, every five years,” he said. “It’s just basic survey research. It’s not terribly expensive to do a basic analysis at all. It’s something they should be doing on a regular basis.”

State Senator Eric P. Lesser snapped back at criticisms, however, stating that: “If you look objectively at the more than 30 states that have legalised sports betting, we are by far the strictest and will have the most significant consumer protections surrounding it.”

Whatever happens next, operators entering the Massachusetts sports betting market following its launch should be prepared to cooperate with state authorities to keep tabs on problem gambling rates in the state.

According to a report in the New York Times, several members of New York’s oldest Mafia clans have been charged in a money laundering scheme related to clandestine gambling parlours in the Big Apple.

Nine members and associates of the Genovese and Bonanno families have been charged in a racketeering case brought by the US attorney’s office in Brooklyn, centred on illegal gambling operations in underground locations, in addition to money laundering and extortion schemes.

One of the nine facing charges was himself a Nassau County detective – who offered to conduct police raids on rival clubs in exchange for payment, prosecutors said.

Seven of the men, who appeared in Federal District Court in Brooklyn earlier this week, pleaded not guilty to the charges. They were expected to be released on differing bail packages.

Prosecutors suggested that the hidden gambling activities brought in “substantial revenue” for the families over a period of 10 years, with one parlour hidden in a Long Island coffee shop thought to generate over $10,000 per week for the families.

Breon S. Peace, the US attorney for the Eastern District of New York, commented that the arrests “demonstrate that the Mafia continues to pollute our communities with illegal gambling, extortion and violence while using our financial system in service to their criminal schemes.

“Even more disturbing is the shameful conduct of a detective who betrayed his oath of office,” he added.

With online sports betting now legal in the Empire State and iGaming expected to follow behind eventually – though no-one quite knows when – perhaps the time has come when Mafia influence over New York’s gambling industry will finally begin to loosen its grip.

In any case, the accused will be hoping that the charges will be limited to operating illegal gambling, at most. One of the accused, Carmelo Polito, is also suggested to have threatened and extorted money from a losing customer, suggesting he would “put him under a bridge” if he didn’t pay up.

Polito’s lawyer Gerald McMahon emphatically told a judge this week: “The case is a gambling case. It’s a gambling case.” Without hearing the words said out loud, it’s impossible to say whether the repetition was used simply for emphasis, or out of desperation.

According to a report from Reuters, 40 year-old She Zhijiang will soon be extradited to China after being arrested last week based on an international warrant and an Interpol red notice.

Chinese news outlet Caixin said the suspect had been on the run from Chinese authorities since 2012, and has been involved with illegal online gambling operations in Southeast Asia.

Gambling is illegal in mainland China, but that has not stopped the proliferation of online gambling sites being made available across the region.

Chinese foreign ministry spokesperson Wang Wenbin did not confirm She’s arrest or extradition but warned those suspected of cross-border gambling to turn themselves in or face harsh punishment, when asked about the case at a regular briefing on Tuesday.

“No matter what corner of the world a criminal suspect runs to, China will initiate law enforcement cooperation with relevant countries and bring the suspect to justice,” Wang said.

The plot relating to She Zhijiang thickens, however, if media reports are to be believed. According to Reuters, it is claimed that She is the chairman of Yatai International Holdings Group, which has made gaming investments in Cambodia, the Philippines and, most recently, developed a $15bn casino, entertainment and tourism complex in Myanmar.

It appears that operations of that scale are simply too big to hide.