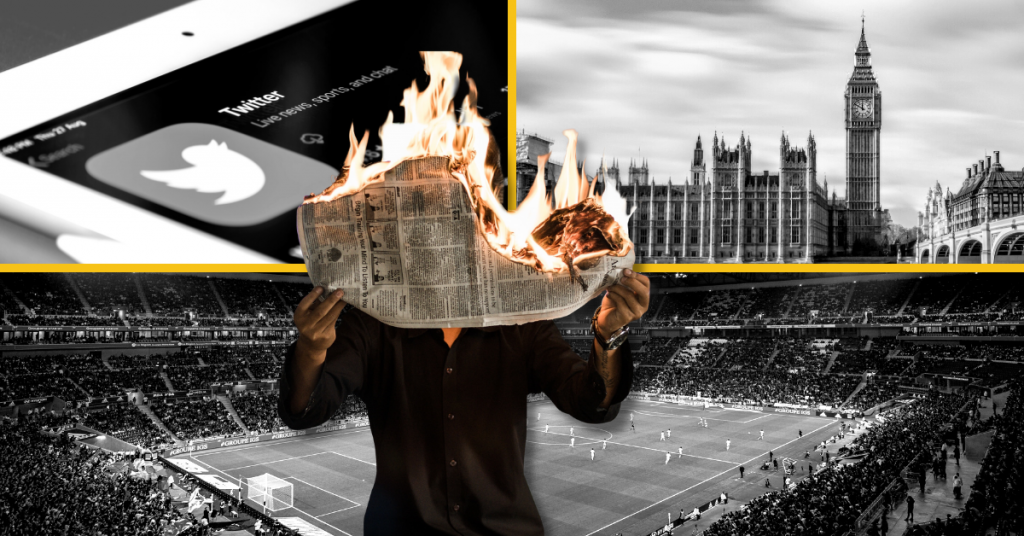 The Mail+ revealed this week that former Cardiff City manager Russell Slade is leading a £500m lawsuit against the gambling industry relating to the use of professional athletes’ data.

Since joining Stevenage as a managerial consultant in 2020, Slade has devoted his time to the cause, the article said, in a mission to ensure footballers and other athletes can regain control of the data routinely collected on them to measure and improve performance.

That data, he alleges, is too often sold on without prior consent, usually ending up in the hands of sports betting operators who use it to improve their statistical analysis and odds making.

“People are making millions out of these footballers who have rights under UK legislation,” Slade told The Mail+. “Companies are abusing these rights and players need to get back control. We think we have a strong case.”

According to the article, under existing UK data protection law the personal data collected on athletes belongs to them as individuals and not to the companies collecting it.

However, companies licensed by the Premier League, English Football League and Scottish Premiership are invited by clubs to install various devices to collect information on players’ performance, and some are accused of selling it on without consent.

Slade and his partners at Global Sports Data and Technology (GSDT) say they have tracked data passed through as many as nine companies, and that usually it ends up somewhere within the gambling industry.

This feeds into an industry processing data on a gargantuan, “Googlesque” scale, the article claims, with GSDT data expert Jason Dunlop stating: “One betting company will have more data scientists than the whole of the Premier League.”

Slade’s lawsuit is now gathering momentum, with sports stars across many disciplines objecting to the sale of their personal data in this way.

The sale of data can even have an impact across the rest of their careers, drifting into the area of scouting where data analysis is becoming increasingly important.

“It could be the difference between a player getting a big move or not,” Slade claimed.

Looking to the future, this case could be a turning point for the sports data industry. If Slade and his supporters are victorious, many companies may have to cease selling personal athlete data to others – or at least, give the athletes their fair fraction of the action.

Gambling tips from a little birdie

While bettors and bookmakers “lob pot shots” at each other, con artists promising inside information whisper from behind anonymous accounts to take advantage of the gullible, while trolls wait in the wings to hurl abuse at anyone they see as inferior (everyone).

And this could just be the beginning. “People absolutely love it,” Purdum wrote, and as the stratospheric rise of regulated sports betting continues apace across North America, the prevalence of Gambling Twitter is just getting stronger.

According to Twitter, the top hashtag included in sports betting tweets about the Super Bowl in February was #GamblingTwitter – a familiar sight to any punting enthusiasts or figures within the industry who use the social networking site.

“Hashtag Gambling Twitter is a thing,” Mike Dupree, director of media and entertainment for Twitter, told ESPN. “I don’t think we can trademark it, but it is certainly something that has its own identity and community, which has been awesome to see.”

Now, Twitter has released for the first time internal data and commentary on the prevalence of sports betting content on the platform, gathered by Twitter Insiders studies in states where sports betting is legal.

Further, 72% of bettors check Twitter to follow the status of their live bets once they’ve been made, and 65% said they are more motivated to place a bet on a big event that everyone is talking about on social media.

However, it’s not just punters who take their tips from Twitter. Veteran Las Vegas bookie Ed Salmons, for example, has been using the platform since 2009 to keep an eye on breaking news and adjust his odds accordingly.

He’s also careful, however, not to get duped by Twitter tricksters who get their kicks from building profiles that replicate those of mainstream reporters and duping people with fake news.

And it seems Twitter looks to become more important still for bookies and bettors alike. Sports betting is one of the fastest growing areas on Twitter, increasing by 300% over the past four years, an increase comparable to emerging industries like cryptocurrency and NFTs.

So, if you’re looking to take a temperature check on the global sports betting industry, a tweet might just be a good place to start.

DCMS puts its Trusst in Donelan

They say a week is a long time in politics, and the Racing Post caught our eye with a story on one of the many developments over the past seven days which will certainly have caught the eye of the gambling industry.

As well as the UK appointing a new Prime Minister in Liz Truss, who takes over from Boris Johnson after he recently resigned in disgrace, it also has a new leader for the Department of Culture, Media and Sport (DCMS), which oversees the gambling industry in the country.

DCMS is one of the UK’s ‘odd jobs’ type departments which ends up with the grunt work none of the other ministries want to do – and one of its primary responsibilities over the past year or so has been to oversee the government’s review of the 2005 Gambling Act.

Now leading the department is Michelle Donelan, who the Racing Post points out has been a vocal supporter of gambling reform in the past.

In 2018, she gave her support in parliament for government plans to dramatically reduce the maximum stakes on gaming machines in betting shops – from £100 to just £2 – saying it addressed an issue which had “destroyed far too many lives”.

She also asked what could be done to address the “dramatic” increase in gambling advertising, which she claimed was “preying on the vulnerable”.

While this is familiar rhetoric among anti-gambling lobbyists, new PM Truss’ support of small government, anti-nanny state and business positive politics could prove to be at odds with Donelan’s own views.

It should also be pointed out that Damian Collins MP, who was appointed as an under-secretary at DCMS in July this year as the so-called ‘gambling minister’ remains in that role – but it is not clear yet how long he will stay there for.

While no new concrete information has yet been released relating to the Gambling Act review, the industry will be watching on carefully to see what impact Donelan wants to have upon the sector.