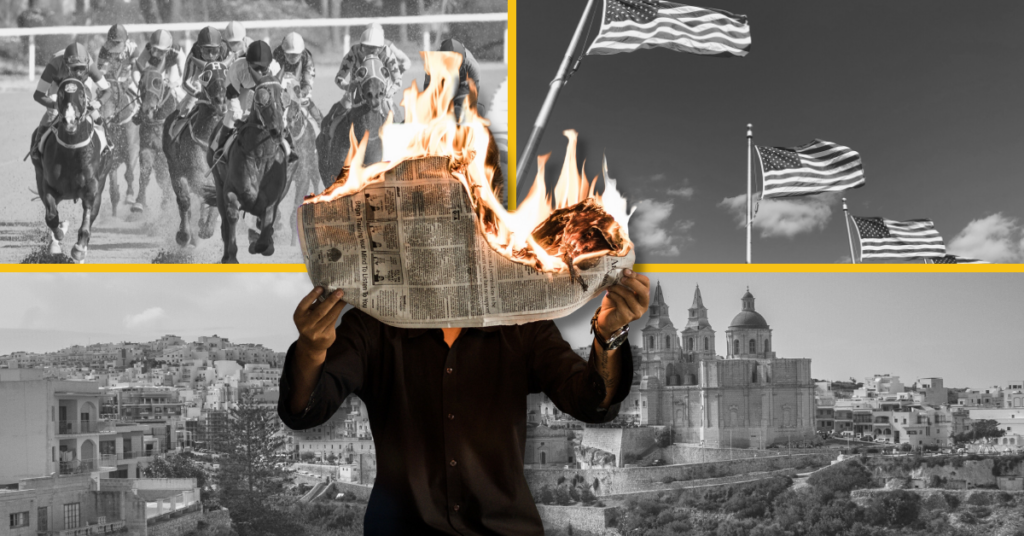 Race to the bottom

A story published by Racing TV suggested that punters aren’t too happy with the UK government’s rumoured plans to introduce enhanced affordability checks for online gambling customers as part of its review of the 2005 Gambling Act.

According to the report, more than 95% of respondents to a survey of Racing TV members said they would not be willing to share bank statements with betting operators in order to prove the amount they can afford to bet.

More than 93% of respondents also agreed it would be wrong for the government to have control over how much bettors could wager on a single event, and over 86% believed enhanced checks could work against the government’s intention to keep gambling safe and legal, by encouraging punters to use unlicensed, offshore bookies.

And the dangers of intrusive checks threaten much more than just the customer experience according to former editor of the Racing Post Bruce Millington, who was interviewed by Racing TV to discuss the subject.

If bookmakers begin to demand “the kind of personal financial details that you’d only really be prepared to give to a mortgage broker” from customers, Millington argued, “it’s going to affect racing’s funding.

“Racing gets a large chunk of its funding through bookmaker contributions, and those contributions are based on profit, not turnover,” he said. “If profits get hit, it means the amount that goes into the prize money gets hit, and everybody feels the pinch.

“What you do need to make sure is that these decisions are made on evidence, and [that they are] not knee-jerk and not populist,” Millington concluded.

Who wants to bet which way the Gambling Act review will go?

Playtech bidding war heats up over rumours of Caliente sale

Sky News broke the story on Tuesday that Caliente Interactive, in which Playtech owns a 49% stake, is in talks over a $2.5bn merger with US-listed SPAC (special purpose acquisition company) Tekkorp Digital.

According to the report, City sources said Caliente was expected to take over Playtech’s right to acquire a 49% stake in parent company Calipay, which would trigger a payment to Playtech shareholders.

That payment would be accelerated as part of JKO Play’s expected offer to acquire Playtech, through the creation of a contingent value right, according to the story.

JKO Play, set up by former Formula One team owner Eddie Jordan and ex-Scientific Games executive Keith O’Loughlin, is thought to be finalising the details of an offer of around 750p per share to acquire the business, which would put Playtech’s value at around £3bn.

Bloomberg published an illuminating piece on the rapid expansion of the US sports betting market on Thursday, with graphics illustrating just how quickly the vertical has grown over the past two to three years.

The article points out the speed at which national sports betting handle has started to balloon, with punters wagering around $310m in June 2018, compared to $7bn in October 2021 – an increase of over 2,000%.

And, from its relatively humble beginnings generating around $1bn in annual revenue, Goldman Sachs estimates the online gambling market could be worth $39bn per annum by 2033, according to the report.

Other valuable snippets from the piece include an indication of the speed at which mobile has taken over as the United States’ betting form factor of choice, as well as predicted annual revenues for states which have yet to regulate and launch online.

Another story from Bloomberg finds its way into this week’s Hot Copy, as a report on the Financial Action Task Force’s (FATF) decision to add Malta to its grey list explored some of the harms it may bring to the island’s iGaming industry and economy.

“If Malta stays on [the grey list] long enough, payment processors and correspondent banks (which act as overseas agents or intermediaries for Maltese lenders) might start declining to handle transactions originating there; companies from other places, in particular the US, might decide that striking deals with Malta-based partners isn’t worth the risk,” the report warned.

However, MGA chief executive Carl Brincat told the publisher: “Malta is putting all its efforts into making sure, first of all, that any negative ramifications of the grey-listing are mitigated and, secondly, that we convince our international partners, very soon, and we get out of the grey list.”

The piece gives an in-depth history of Malta’s iGaming past; from the circumstances which made it such an attractive jurisdiction for gambling businesses in the early naughties, to the troubles it faces today, and the actions it will likely need to take in order to secure its future.

For example, the author wrote: “To come off the list, Malta’s leaders will need to do several things they’ve never before managed, such as demonstrating that they’ve taken concrete action to prevent anonymous shell companies from helping move dirty money.”

The report concluded with quotes from Malta finance minister Clyde Caruana, who said improving Malta’s international reputation would require a broad change in mentality across all the island’s governing institutions, as well as increasing numbers of prosecutions and convictions for rule-breakers.