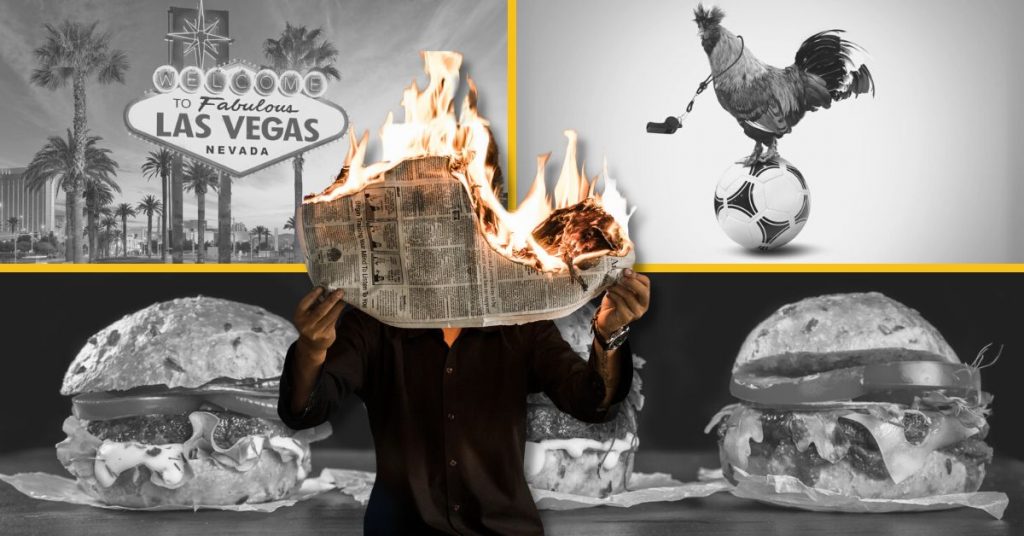 We love profile pieces in hot copy. The kind of features that peak behind the curtain to reveal the true character of a person most people only really know professionally.

The Australian Financial Review did an excellent job of this yesterday in a sit-down interview with Tabcorp’s new betting and wagering CEO, Adam Rytenskild.

It would be fair to say that Rytenskild has not followed a conventional path to the top of his trade.

Born on Manus Island in Papua New Guinea, Rytenskild eventually moved to Australia where he became a father himself at the tender age of 19.

To support his young family, the CEO found his first job flipping burgers on a petrol station grill. The AFR details how he went from fast food to leading the fight against international bookmakers like Sportsbet and BetEasy.

In one noteworthy quote, Rytenskild describes trying to rebuild the corporate culture at Tabcorp. “Frankly, this is a bit colloquial, but it’s true for me. I really have a ‘no dickhead policy’. I think that’s important.

“I want people in the company and on my team who are genuine. They’re authentic people, and they go-getters,” he added.

Vegas to become the next Silicon Valley? Don’t be silly

The Las Vegas Review Journal ran a fascinating piece this week about an exclusive new summit designed to showcase the city’s potential as a fledgling tech hub.

The Vegas Tech Summit, created by local entrepreneur and NextRep founder Teddy Liaw, invited about 50 CEOs, founders and venture capitalists to an event to highlight everything Vegas has to offer away from the bright lights of its world-famous gambling strip.

According to the paper, Liaw said there was no reason for Vegas not to compete with Nashville or Salt Lake City as major destinations in the US tech scene.

He stopped short of crowning Vegas as the next Silicon Valley as “that would be silly” in his own words, but he did say that “real business” in Vegas would be important for job creation and wealth creation and therefore diversification of its economy.

Fifth Street Gaming CEO Seth Schorr was in attendance. He said: “Las Vegas, the image, is a double-edged sword. We are undoubtedly the entertainment capital of the world.

“But to some outside of Las Vegas, they think we’re a one-trick pony. They don’t know about the university system that we have here, the incubators, the tech businesses that exist.

“That’s what we need to change, to make sure there’s awareness. That will help outside capital and outside businesses to come and scale what we started to do over the last few years,” he added.

The most exciting young footballer in the world has turned his back on betting, according to a story in The Athletic this week.

PSG star Kylian Mbappe has continued a row over his commercial image rights while on international duty with France.

On Tuesday, the French team had a professional photoshoot, but star striker Mbappe did not participate and was nowhere to be seen.

“I have decided to not take part in the photoshoot after the French federation’s refusal to change the image rights agreement with the players,” Mbappe said in a statement afterwards.

The dispute has rumbled on since March, when Mbappe led a dissenting group of footballers who do not want their image associated with certain sectors.

And Mbappe himself has drawn the line at gambling and fast food.

The issue was initially aggravated by a tweet from French bookmaker Betclic, which Mbappe felt was disrespectful towards his father and his family.

He asked for more respect at the time and has not forgotten or forgiven.

This creates a problem because typically, the French Football Federation has a major commercial contract with Betclic.