How can Flutter realise the true value of FanDuel if an IPO is no longer necessary? 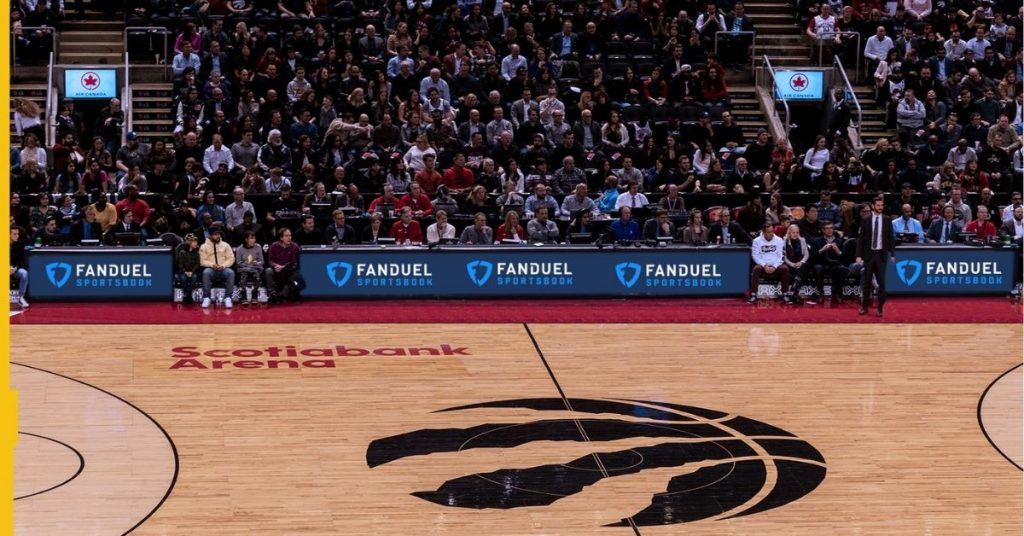 What a difference a year makes.

In March of 2021, Flutter Entertainment first announced it would explore an IPO for a small stake in FanDuel. That is no longer on the agenda, according to sources.

Why was Flutter considering a FanDuel IPO?

Flutter investors were pulling their hair out at the time. The market cap of number one rival DraftKings had just hit a record high of $28.5bn, overtaking Flutter in the process.

Flutter had already merged with The Stars Group and DraftKings had no international business to speak of, but Jason Robins and his team were stealing the show, onboarding A-list athletes and celebrities as the stock surged. Even Michael Jordan was advising the board.

Flutter investors demanded answers, and one came in the form of a potential public listing of a shareholding in FanDuel.

And then the bubble burst. It would be an understatement to say there has been an adjustment in the market since the lofty heights of last spring. The hype around US online sports betting has largely disintegrated, accelerated by an avalanche of well-documented macro factors.

DraftKings dropped through a trap door and has just kept on falling. The stock closed at a record high on 19 March 2021, just two cents short of $72 per share. Fast forward one year to 14 March 2022 and the stock closed at just $15, before stooping even further to a previously unimaginable close of $10.27 on 11 May. This represents an 86% decline.

Flutter has also fallen 59% over the same period, from a March 2021 high of £119 per share to a £49 close on 9 May, but their respective market caps have corrected to some degree.

On 10 May, London-listed Flutter Entertainment was worth £17.9bn, while the market cap of Nasdaq-listed DraftKings came in at $5bn. Both companies have since rebounded to £20.7bn and $6.2bn respectively. The chasm between the two remains.

Why did a FanDuel IPO make sense at the time?

Put simply, Flutter needed to act because the value of FanDuel was not being factored into its overall share price while DraftKings was fast becoming a stock market darling.

Investors thought Flutter should be trading at least equal to DraftKings, or even at a premium considering its brand portfolio which includes Paddy Power, Betfair and PokerStars.

Goodbody gaming and leisure analyst David Brohan says: “For better or for worse, a lot of the valuation of FanDuel is tied to DraftKings since it IPO’d.”

He explains what many were thinking at the time: “DraftKings was trading at 15x forward sales and you were looking at that and thinking FanDuel is a better business, it has a bigger market share, a bigger revenue pool and is losing less money. It also has a better management team.”

Brohan’s view is shared by an individual who played an influential role at FOX Bet while it was being incorporated under the Flutter umbrella.

Speaking on the condition of anonymity, they said: “One of the struggles for value in the US is the fact that the market really looked at DraftKings as the poster boy. The two businesses were tracking at equal pace even back then, but all anybody saw was DraftKings, DraftKings, DraftKings.”

The source concedes that DraftKings is still a barometer, for metrics both good and bad.

“DraftKings made the whole public market – not just strategic investors – believe that sports betting was amazing. All the focus then turned to DraftKings, but their drop was precipitous and fast.”

“You could say it is because of DraftKings that everyone looks at profitability with all those worries about how they are going to get there. DraftKings made the whole public market – not just strategic investors – believe that sports betting was amazing. All the focus then turned to DraftKings, but their drop was precipitous and fast. That kind of brought the whole market down with it, whereas they all would have come down eventually anyway.”

Flutter’s management team may have understood that March 2021 was the peak of bullishness in the US sports betting space. An IPO of FanDuel, or at least the exploration of that option, could not have come at a better time if the company was ever tempted to cash in on its most attractive asset.

“In the States now, that frothy bit of the market has unfortunately gone,” says the former FOX Bet employee. “There was that period in 2021 when things were selling like crazy and for money that seemed insane.

“People will look back and think there was a window there to get maximum value. If you were trying to sell during that period, you aren’t going to get the same value today, that’s for sure.”

Why did the IPO never materialise?

So far however, Flutter appears to have chosen the long game, and that could still pay off if FanDuel reaches profitability in 2023 as anticipated, before its competitors and ahead of DraftKings, which racked up operational losses of $1.56bn in 2021. DraftKings is also guiding to negative EBITDA of up to $925m for full-year 2022.

But even when an IPO looked optimal, several factors conspired to make a public listing difficult.

Chief among them was the exit of former CEO Matt King, who jumped ship to build a sports betting operation from scratch at merchandising giant Fanatics. He left in part because he could not foresee a smooth exit for FanDuel, iGaming NEXT has learned.

The other sticking point is the ongoing legal battle between Flutter and Fox Corporation over the latter’s option to acquire 18.6% of FanDuel. The parties are locked in a dispute over the payment required by Fox to exercise that option, with arbitration scheduled for June.

“Once there is clarity on that, if there ever was appetite for an IPO, then they would do it then, but I just don’t think there would be at the current valuations,” says one source who became part of the Flutter Entertainment juggernaut following its acquisition of Sky Betting & Gaming.

How can Flutter realise the true value of FanDuel?

Most industry observers would agree that the value of FanDuel – which is the undisputed market leader in the US from both a revenue and product perspective – is still not represented in the current share price of Flutter.

However, that share price is also being dragged down by regulatory uncertainty in Europe and the costs associated with implementing pre-emptive responsible gambling measures in the UK, which remains a crucial – and therefore exposed – market for the operator.

But if there is no longer an appetite for a FanDuel IPO, what can Flutter realistically do to realise the true value of America’s leading sports betting brand?

“Wait,” says the same source in no uncertain terms. “Their point of inflection is a lot earlier than literally anyone else’s. On DraftKings, out of the 500 biggest companies in the US, they were one of the top three most exposed in terms of stock options based on revenue targets. All of their senior management were told to just drive the top line.”

Goodbody gaming & leisure analyst David Brohan: “Any of the longer-term guys we speak to on Flutter looked at it on £81 [per share] and thought it was crazy cheap. I think in time that will prove to be the case.”

Patience is also the right strategy in the mind of Goodbody’s Brohan. He says: “You’re going to be profitable next year, and profits are going to grow over the next couple of years as the crown jewels of the Flutter business. If prevailing market conditions change, you could look at an IPO again, but I think investors don’t see that as critical now in terms of realising the value. Most people tend to think that once you get to next year, and you start to see FanDuel profits turn positive, that will be reflected in how Flutter can rearrange from here.”

However, we are living in a time where retail trading has been introduced to the masses at the touch of a button by mobile TradeTech apps like Robinhood. Attention spans are dwindling and short-term action is sometimes seen as sexier than long-term perspective. Flutter’s best play might be to sit on its hands and wait, but will investors afford it that luxury?

“Any of the longer-term guys we speak to on Flutter looked at it on £81 [per share] and thought it was crazy cheap. I think in time that will prove to be the case, but current headwinds are holding that back, alongside obviously a very weak general market,” says Brohan.

The easiest conclusion to draw is that FanDuel does not need to look over its shoulder in the US.

DraftKings is burning cash and is no longer adored by investors, while BetMGM is facing an uncertain future due to an inevitable custody battle between its joint venture owners. Fanatics, meanwhile, is yet to even take a legal sports wager in the US.