Should the iGaming industry embrace a four-day workweek? 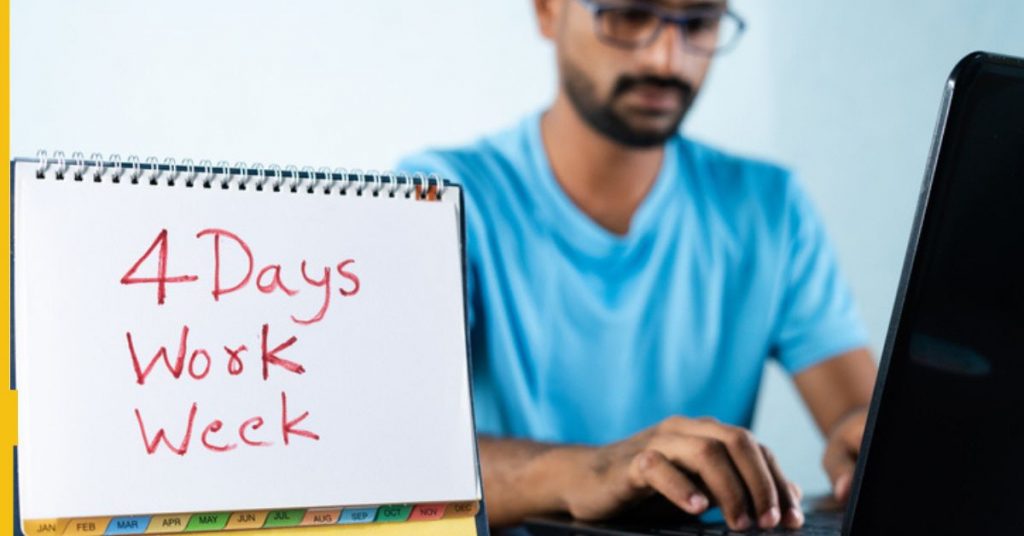 After the Covid-19 pandemic changed everything from a flexible working perspective, could a four-day workweek grow beyond an experiment to eventually become standard procedure across the iGaming industry?

Similar to an unlimited paid leave policy, a shortened working week has become a key topic of discussion for many companies. HR managers say it could lead to a better work-life balance, although the iGaming sector might not be ready to take the plunge and adopt the concept.

A few years ago, the idea was considered pretty radical; however, interest in the four-day workweek has been on the rise ever since the Covid-19 pandemic upended how we work and allowed flexible working arrangements to become the norm.

However, his vision for a five-day, 40-hour work week was rooted in the industrial age, during a time when most people worked in factories and other manufacturing facilities.

Proponents of the four-day workweek now suggest the traditional working model is outdated and no longer fit for purpose. They argue that both employees and the organisation would benefit from a four-day week.

For staff, benefits include a better work-life balance and improved overall health thanks to lower stress levels. This could also result in fewer resignations and absenteeism, while protecting productivity levels, which is primarily what employers are ultimately looking for.

Nay-sayers believe shorter weeks aren’t the solution to a better work-life balance. They say it’s logistically challenging due to the nature and volume of the work, while others worry it’s not economically viable to pay the same salary for fewer days.

With these factors in mind, should the iGaming industry embrace a four-day workweek?

iGaming Next reached out to several members of HR Connect, an association of senior HR decision-makers within Malta’s gaming industry, to find out what they think.

HR Connect regularly carries out surveys to shed light on current trends and developments and to share insight and knowledge among its members.

Emily Micallef, head of people strategy & operations at HappyHour, thinks the four-day workweek can work and would have incredible benefits for a workforce and in terms of attracting talent.

“Technology today has made our work efficiency unprecedented, and we’re executing at a much faster rate than we are used to,” Micallef said.

“What used to take five hours can now take one hour thanks to automation tools and better resource planning – so we could argue in terms of output, we’re working more than we used to and producing better results – so the case for a four-day workweek is there,” she added.

However, she admits that the business-readiness for it depends on the life-stage of the company. “A start-up will differ greatly from an organisation of a 1000+ people,” she said.

She suggested that prior to rolling out such a concept, businesses should analyse the effectiveness of their current operations, determine how such changes would affect their customers and then find solutions to close any gaps.

Christine Hili, head of HR at Rootz, agreed with the positive benefits of a four-day workweek, which according to her also include increased morale and improved mental well-being, as well as enhanced productivity and promoting a greener business due to a reduction in carbon footprint via reduced costs on electricity bills and other utilities.

“However, are we adopting a 32-hour workweek or are we still expecting employees to work 40 hours a week, compressed into four days? If the latter prevails, this would counter all the benefits,” she said.

She instead recommended we redefine the working week from a four-day workweek to a productivity-based week, where the working schedule would fluctuate depending on the tasks in hand during the day.

Rootz head or hr Christine Hili: “Are we adopting a 32-hour workweek or are we still expecting employees to work 40 hours a week compressed into four days? If the latter prevails, this would counter all the benefits.”

“After all, the output which we measure is not time, but how effectively and efficiently employees do their jobs,” she commented.

Meanwhile, Shirley Borg, head of hr at Energy Casino, said: “The four day workweek has been a topic in our company for the past two years; unfortunately, it is proving a bit difficult to implement given the hours of gaming involved, shifts and rosters. This business is 24/7.

“We do not exclude that it may be a possibility in the future. Perhaps also by reducing hours throughout the week,” she added.

The four-day workweek concept is not as new as we might imagine. In the US, the idea was reportedly first floated after Henry Ford introduced the five-day workweek in 1926.

Given the success of the five-day workweek, there were follow-up calls for a four-day week, although this never materialised at the time.

“I can say we would be open to the idea if it’s something our employees want and it doesn’t harm the business,” she said.

Spain, Scotland, Iceland, Japan, Belgium and the UAE are just some of the countries that have or have had pilot programmes in the works. The world’s largest trial for the four-day workweek is currently underway in the UK, with 70 participating companies.

Other trials include a nine-day fortnight, where employees get an extra Friday off every two weeks.

Avril Morin, director of people operations at GiG, feels that discussions around the four-day workweek are an opportunity to ask staff what truly matters to them.

“Everyone’s journey to achieving balanced wellbeing is different and personal,” she said, highlighting that GiG has implemented a number of initiatives to support flexible working arrangements.

“Considering that our industry is very competitive and dynamic, working across many timezones with different types of services, including 24/7 shift patterns, we need to keep our inclusion effort and ensure that if we were going that route, this would be the right decision for everyone and that it would be something realistic to implement,” she concluded.

HR managers also said that while there has been a lot of talk about the four-day workweek, there is not yet enough data to support the prospect.

Although iGaming companies and the tech sector in general has a reputation for offering employees a wide range of benefits to attract and retain staff, a four-day workweek is not yet on the horizon.