The differentiation dilemma: Are iGaming companies afraid of innovation in slots? 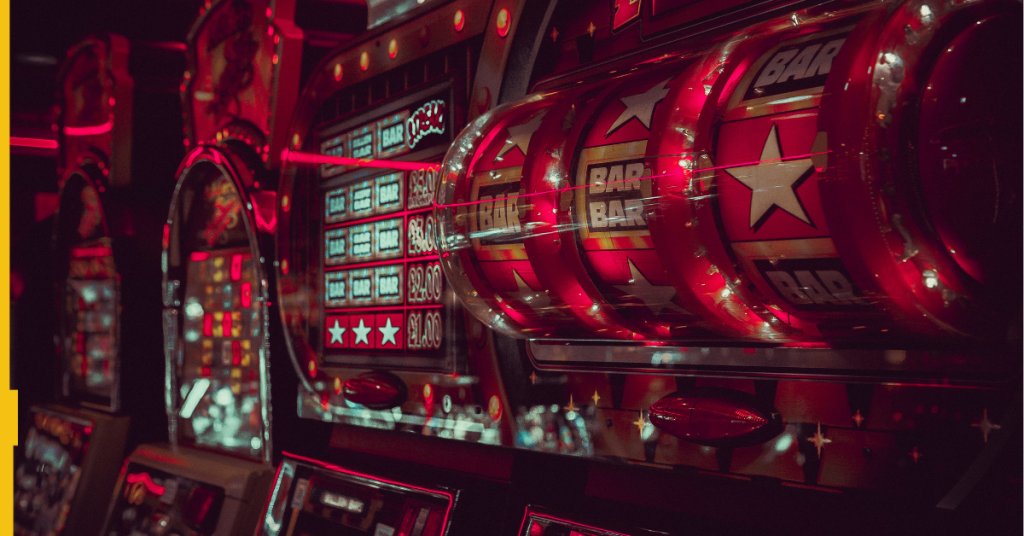 Much is made of the word “innovation” in our industry, the prevailing logic being that if something is new, it must be good, and customers will therefore line up to enjoy the thrill of a novel gambling experience.

Both operators and suppliers are often seen clamouring to come up with the Next Big Thing, in the hopes it will skyrocket their sales and – perhaps – leave their mark permanently on an industry which at times has been rather set in its ways.

The question remains, however: is the industry responding to customer demands, genuinely improving their levels of engagement and delivering an experience superior to that which came before it, or are we simply innovating for the sake of it?

How did we get here?

In the casino world, it’s no secret that the most popular products have been around for quite some time.

Live casino notwithstanding – it being perhaps the most natural progression of the online casino experience borne out of technological advancements – most products popular with casino players have been around for decades, if not longer.

From the long-standing popularity of roulette – first devised in 18th century France – to blackjack, which is thought to have appeared during the following century (still some 200 years ago), it seems gamblers have been satisfied to stake their cash on the same old games throughout modern history.

Even the first slot machine – built in 1894 – existed alongside Queen Victoria (on different continents, admittedly), and has stood the test of time ever since.

This poses a problem for online casino developers. Should they rely on time-tested products, reiterating them time and time again with new branding, graphics and sounds, in an attempt to give customers something which is ‘new’ enough to get their engines running, but familiar enough to make them feel at home?

Or should they throw out the rulebook, come up with something entirely new, and take the risk of scaring away customers with unknown rules and mechanics, possibly resulting in a complete flop?

Been there, done that

One business owner who has explored both sides of that equation is David Newstead, CEO of slot studio Jelly and the former founder of an industry-recognised online casino developer which he exited last year.

Newstead told iGaming NEXT: “My previous studio started off creating unique table games, with different rules and which were completely different to what else was available. And I guess that was our downfall as well.

“The products were received quite well in the market by operators, who liked talking to us because we offered something different to what they had seen before.

“And for that, we were patted on the back. But when it came to getting contracts signed, and getting operators to back the products and release them, they shied away a bit. We were essentially told: ‘we want to release new stuff to players, but we don’t want them to have to learn anything new’, and I don’t really see how that’s possible.”

Jelly CEO David Newstead: “If your games don’t hit the ground running, it’s very hard to get back on and get support for further investment. Most studios can’t afford for games not to be a hit on day one.”

Indeed, with the most popular casino games so well established within both gambling culture and popular culture at-large, it’s easy to imagine why operators would be reluctant to take a risk on something that appears and works in a different way.

And for a small business in the online casino development space, taking a risk on a novel concept could mean putting everything on the line.

Newstead said: “I think smaller studios don’t have many opportunities to impress. There’s a lot of dependency on third party platforms such as Relax, Light & Wonder, Yggdrasil, where for new studios, they may give you a couple of chances. But if your games don’t hit the ground running, it’s very hard to get back on and get their support for further investment.

“Most studios can’t afford for games not to be a hit on day one. If Jelly released five games that missed the mark and didn’t make any money, I mean, we’d be out of business. That is why we have taken a more considered approach to our first run of games and now that we have enjoyed early success with several operator partners, will look to push the boundaries a little more.”

Newstead recognises, however, that the industry will continue to need some form of innovation to keep things fresh and continue bringing new customers in.

“Do I see a need to change online slots necessarily? Well, based on industry figures probably not, because people keep coming back and playing slots.

“But that’s not to say there isn’t a need for evolution or innovation, because you’ve got younger audiences, using different technologies, who will probably want to play something different. But what that difference is, I think we’re all guessing at this point.”

Indeed, the industry is continually putting itself through an iterative process to try and identify the next big hit in online casino.

And other developers in the space agree with Newstead that while innovation is crucial, it’s important not to alienate users by trying to change too much at once.

“When you’re a new studio trying to make a mark in a saturated market you must prove to operators and players you have something special to offer, but it’s important to bear in mind that very few of your players are off reading review sites and judging you on how innovative your game idea is.

“Most are just there to play something that is, above all else, fun. A narrow portfolio of wacky themes and mechanics is a very risky way to run a business; it’s essentially boom-or-bust. In the early days you must strike a balance between games with mass market appeal, and then introduce more experimental titles for the enthusiasts.”

Bang Bang Games MD Frank McPolin: “Take Nolimit City or Peter & Sons. These guys have crafted incredible universes where all their games live. I would argue that’s even braver than experimenting with a game idea.”

Even some of the most popular game mechanics today had their teething problems to begin with, insists McPolin.

“I’m not really one for reading a game’s rules and I must confess Megaways had me scratching my head the first few times I played it; I also remember playing Book of Ra in a casino and was completely baffled to begin with. But innovation didn’t hurt either of those two concepts.

“Ultimately, if you deliver a great game in a beautiful and exciting package then players are more likely to stick with it and enjoy it.”

McPolin added that plucky developers can do enough to leave their individual mark on the industry without reinventing the wheel when it comes to game mechanics.

“I don’t really think that game concepts and mechanics are where the real innovation is coming from now,” he said.

“I’m more impressed by studios that are innovating within their branding. Take Nolimit City or Peter & Sons, for example. These guys have crafted incredible universes where all their games live. I would argue that’s even braver than experimenting with a game idea as they commit to this style and narrative for their entire catalogue, but it is paying off for them because they have executed it so brilliantly.”

Stick to the facts

Ultimately, of course, it will be customers who decide whether a new game is a hit or a bust. While developers may pat each other on the back for producing something fresh, the proof is in the pudding and only players can decide whether new ideas will survive long into the future or be consigned to the history books.

In order to produce those winners, Light & Wonder CEO of iGaming Dylan Slaney suggests the industry should rely more on feedback that can be measured objectively.

“From an iGaming perspective, I think the dynamics of the industry are changing and I think we need to improve the way that we innovate,” he said.

Light & Wonder iGaming CEO Dylan Slaney: “There’s always emotion in building anything from a content point of view, whether it’s a new movie, a slot, or writing a book.”

“And one way to do that is to use the brilliant data and insights that we get from our platform, which is a very, very rich source of reality and not emotion.

“There’s always emotion in building anything from a content point of view, whether it’s a new movie, a slot, or writing a book.

“But if we can bring the objectivity, the data and insights, into that build process, alongside the emotional subjectivity, then I think that’s a better balance.

“It gives us the best chance to ultimately get into that consumer consideration set, because that’s where everybody wants their content to be,” Slaney added.

It seems, then, that many in the industry are in agreement. While innovative ideas are essential for keeping the industry moving, online casino developers need to evolve, and not revolve. After all, going round in circles will get you nowhere. 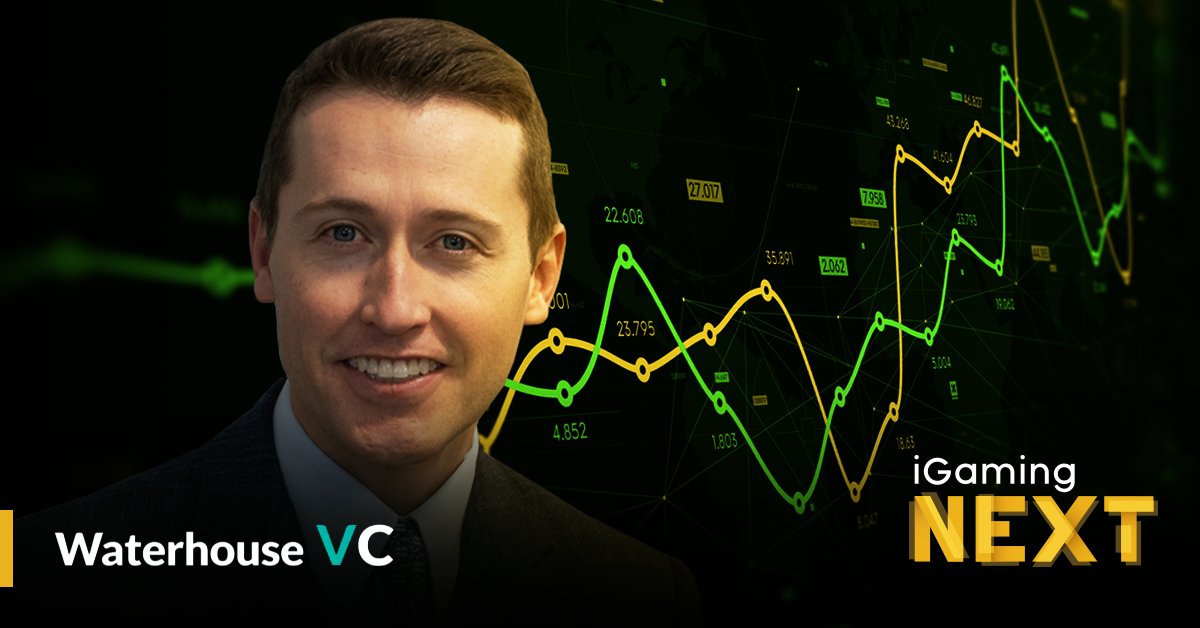