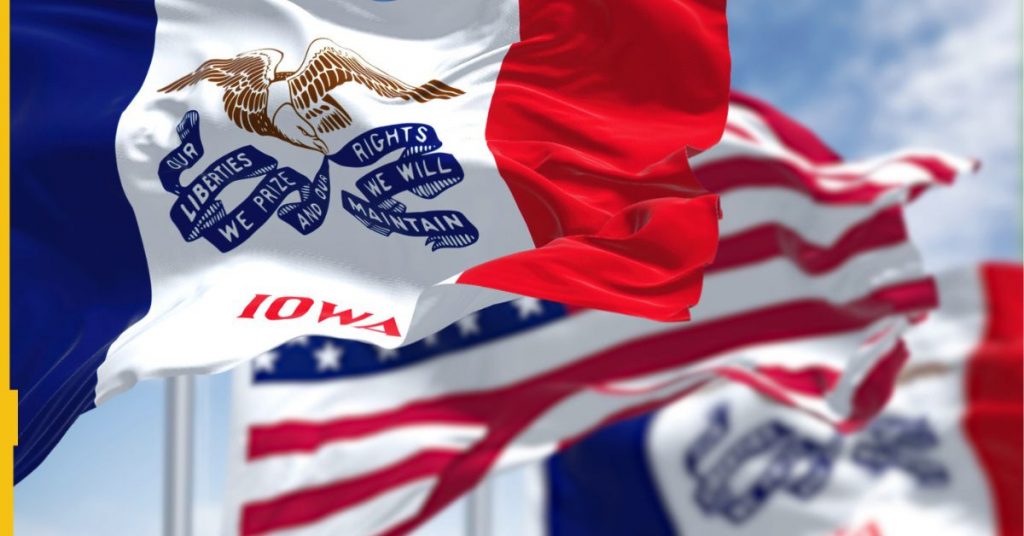 Unibet parent company Kindred announced last week it would shutter its online sportsbook in Iowa. The news comes days after Fubo announced it would stop accepting bets in Iowa (and all other operating states).

This same month, SuperBook continued its expansion by launching online sports betting in the Hawkeye State.

Each state creates a unique sports betting market with different structures (and challenges), but the moves in Iowa could showcase future trends across the entire US.

Iowa, one of the first states to approve mobile sports betting legislation after the Supreme Court struck down the federal wagering ban in May 2018, has the third most operators of any US jurisdiction, trailing only Colorado and New Jersey. This has given many operators a chance for an early launch, but also led to the turnover reinforced by a frantic October.

Despite the proliferation of sports betting options, Iowa bettors are wagering mostly with the sportsbooks that dominate market share in all other competitive markets: FanDuel, DraftKings, BetMGM and Caesars. The quartet typically garners more than 80% of total handle, in line with similar averages in the more than a dozen states where all four operate.

Iowa also has another tier of high-profile national brands, including PointsBet, Barstool and BetRivers. These seven companies combined for more than 90% of Iowa’s average monthly sports betting revenue.

This leaves little room for remaining operators. Betfred, Bally Bet and Betway, other brands with national ambitions, each average less than 1% of the state’s monthly handle.

For European-based Kindred, pulling out of Iowa made sense considering its small market share. Of the 18 books that took bets in Iowa in September, Unibet’s handle beat only BlueBet-owned Clutchbet, an Australian-based sportsbook little known to most US bettors that launched stateside earlier this year.

Unibet received roughly $166,000 of the more than $200m wagered in Iowa last month. That figure trailed Fubo, another national brand that had nationwide aspirations and ceased operations in all states only two weeks ago.

Iowa is a tough state with a small population and a lot of competition. Kindred seems to be stuck in a bit of a balancing act – keep the US dream alive as it looks for a suitor while also minimizing cash burn in the near term https://t.co/T0Pl1qKh8z

SuperBook will likely also see a small percentage of Iowa’s sports betting handle, though it has a different business structure than the two larger brands that have left the state in recent weeks. Anchored by its flagship retail sportsbook at the Westgate Casino in Las Vegas, SuperBook has taken a slower approach to state-by-state expansion. It has had no major national advertising campaigns and with that comes lower costs.

This shift in Iowa could continue a similar trend in other states; more narrowly focused brands slowly expanding and former operators with larger aspirations shutting down.

DraftKings, FanDuel, BetMGM and Caesars have each spent hundreds of millions on marketing in hopes to gain the broadest sports betting audiences possible. This massive cash influx has driven away other national rivals affiliated with large publicly traded companies, including Churchill Downs’ TwinSpires (now shuttered) and Wynn’s WynnBet (which has drastically curtailed its expansion plans).

This makes meaningful market share that much more difficult to obtain for operators unwilling (or unable) to spend as heavily. Fubo, also publicly traded, had hoped the integration of its sports betting platform into its eponymous streaming service would help it stand out among operators, but it was ultimately unable to complete an integration or gain significant traction.

This could be ominous for other sportsbook brands hoping they can stand out between the heavy spenders and the more niche operators.

Circa, a brand known for high betting limits and lauded by many high-profile bettors, has less than 1% market share in Iowa, one of just a handful of states where it offers mobile sports betting. But like SuperBook, its Las Vegas-based neighbor, Circa caters to a different subset of bettors than many larger national brands.

Iowa also has a handful of additional operators including DRF Sportsbook, Q Sportsbook and Elite Sportsbooks which are all directly or closely tied with the parent companies of their respective brick-and-mortar casino partners.

Most gaming industry figures believe further – and more dramatic – consolidation is inevitable. These moves in Iowa could give a roadmap for that figure.