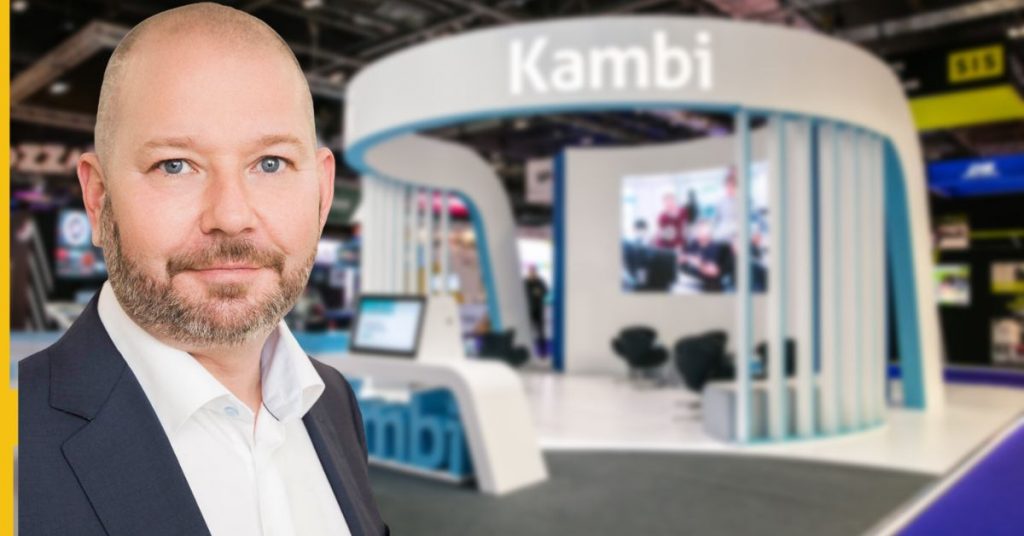 The drop-off came against a tough comparative period and was driven by multiple headwinds, including the impact of key operator partners withdrawing from the Netherlands, seasonality due to a quiet sporting calendar and the migration of DraftKings onto its own proprietary tech stack.

There was also no major football tournament in Q2 to boost the figures, with the 2022 World Cup in Qatar instead scheduled to kick off in Q4, beginning in November.

When adjusting for the migration of DraftKings, Kambi’s operator turnover increased by 16% year-on-year, based on an operator trading margin of 8.6%.

This was driven by strong growth from US partners and launches in new states including Arizona, Connecticut and Louisiana, as well as north of the border in Ontario via its partnership with Mohegan Gaming and its Fallsview Casino brand.

The Americas remains Kambi’s biggest region in terms of revenue, contributing 54% of the total. Europe is the next biggest segment at 43%, while Rest of World makes up the remainder at 3%.

During the quarter, Kambi also completed phase one of its modularisation strategy, which is designed to provide operator partners with a tailored, segment-specific solution, rather than a one size fits all sportsbook platform.

This was achieved by separating pricing functionality from the core platform, an initiative that was soft-launched during Q2 across several low-tier football leagues.

“We have only scratched the surface of what is possible and our product roadmap looks exciting as we continue to raise the bar in sports technology provision,” said Kambi CEO Kristian Nylén.

“Integral to our product and wider company strategy is our commitment to opening up our platform and modularising our service, enabling Kambi to increase its total addressable market.

“Not only will this enable us to develop new and exciting products at greater speed, but it will also create additional revenue streams as we make available market-leading modules as a standalone service to operators outside of the network,” he added.

Kambi CEO Kristian Nylén: “Integral to our product and wider company strategy is our commitment to opening up our platform and modularising our service, enabling Kambi to increase its TAM.”

“This is an exciting time for Kambi,” said Nylén. “The product journey we are on today along with our healthy balance sheet and positive underlying financial performance means we are on a strong footing for the future.

“We were delighted to see Kindred relaunch in the Netherlands recently and with more product launches, partner signings and a World Cup to come, I look forward to an even greater second half of the year,” he added.