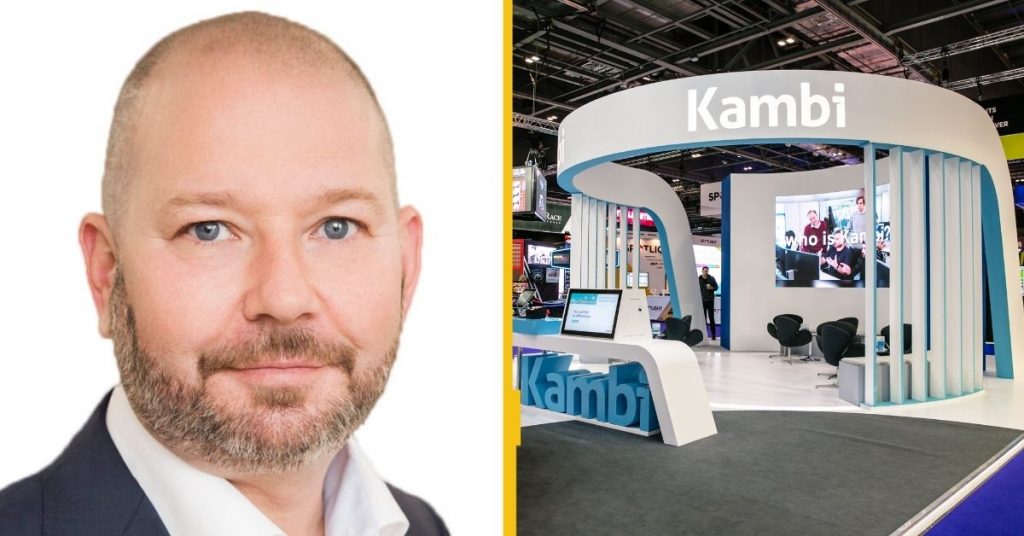 DraftKings accounted for 40% of Kambi’s operator turnover in Q1 of last year but has since migrated onto its proprietary SBTech sports betting platform.

Excluding DraftKings, Kambi said operator turnover had climbed by 25% annually, on a trading margin of 8.2%, boosted by a busy US sporting calendar including the Super Bowl and March Madness and new state launches including Connecticut and New York.

The 25% turnover increase was achieved despite the fact several of Kambi’s leading clients, including Kindred Group, are still waiting for a licence to operate in the Netherlands, which also had a negative impact on Q1 revenue.

These factors also combined to trigger a 61% year-on-year decrease in Q1 operating profit to €7.3m, down from €18.7m in the prior corresponding period.

“We structure our contracts in many cases with tiers, with significantly lower commission rates on the highest parts of operator activity,” said Kambi CFO David Kenyon.

“So you can understand that when we lose a big operator such as DraftKings, overall we end up with actually a higher effective revenue share across the network,” he added.

Q1 was successful from a strategic point of view for the Stockholm-listed supplier, having recruited US-facing operators NorthStar Gaming and MaximBet as new clients.

Kambi also extended its long-term partnership with Kindred Group with a new contract until 2026, which crucially allows Kambi to take control over its future strategic direction as it now has the ability to repay a convertible bond held by Kindred at any time.

This momentum continued after the end of reporting period, with Kambi cleared to offer its sportsbook services in Ontario’s newly regulated iGaming market, where it now counts Kindred Group, LeoVegas and Rush Street Interactive as active clients.

At the start of next year, Kambi hopes to launch its new modularisation service, whereby clients can cherry pick their preferred services, instead of taking the entire solution.

Kambi hopes this will generate a new revenue stream and a potential wave of new clients, while also allowing existing clients a greater degree of differentiation and flexibility.

Addressing potential gaps in the product portfolio during Q1, Nylén pointed to the lack of a BetBuilder on basketball, which should be ready for the start of next season after the supplier chose to prioritise baseball during the current campaign.

On today’s Q1 analyst call, Nylén was asked to comment on the competitor landscape following the news that Pragmatic Group has launched a new B2B sportsbook offering and secured its first high-profile client in DAZN BET.

Kambi CEO Kristian Nylén: “I would say that the landscape is less competitive now than it was a few years ago, especially with SBTech disappearing from the market as a B2B supplier.”

SBTech was Kambi’s biggest competitor in the sportsbook supply market before DraftKings brought the company in-house as part of a $3.3bn SPAC merger back in 2020.

Kambi may have eventually lost its biggest sportsbook client in DraftKings as a result of that deal, but it also effectively removed its strongest competitor from the supplier market.

“In general, I would say that the landscape is less competitive now than it was a few years ago, especially with SBTech disappearing from the market as a B2B supplier” said Nylén.

“There will obviously be new entrants to the market, but I feel we have a very unique position as a top-tier provider of sports betting services,” he added.

“We expect the share to trade slightly below the sector today given that numbers came in below consensus, which is likely to result in negative consensus estimate revisions,” said equity research analyst Valter Lindhagen.