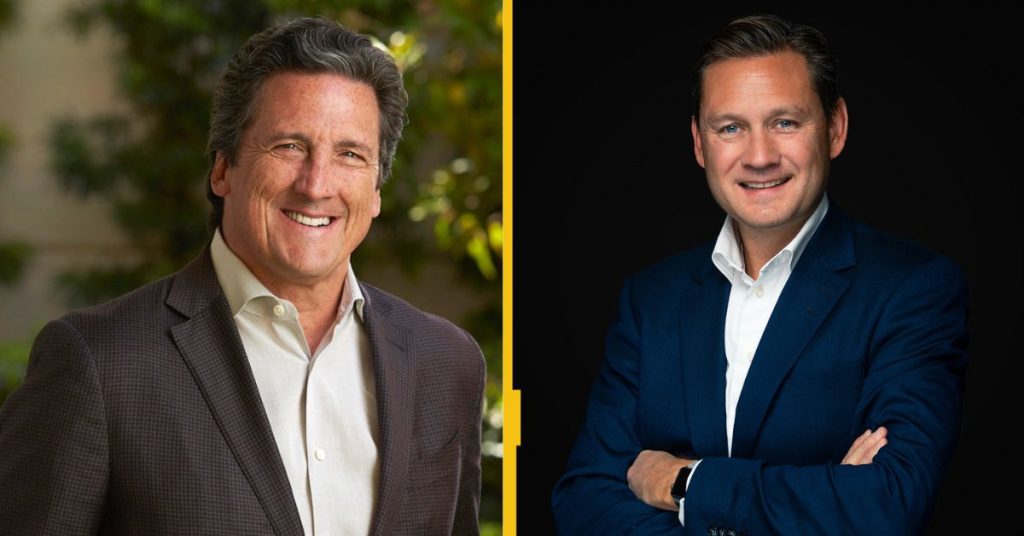 MGM Resorts’ acquisition of LeoVegas has been accepted by 96% of LeoVegas investors and the transaction is scheduled to complete next week (7 September).

LeoVegas shareholders accepted the public tender offer at SEK61, or $5.72, per share, equivalent to a total tender value of approximately $604m, slightly below the $607 million offer revealed in May.

In August, MGM received the regulatory greenlight for the acquisition.

“The completion of this transaction represents a major milestone for MGM Resorts as we continue to pursue our strategy of growing our online gaming footprint worldwide,” said MGM Resorts CEO & president Bill Hornbuckle.

“We look forward to welcoming the LeoVegas team and are excited to begin working with them to grow our global digital gaming business and maximise the full potential of our omni-channel strategy,” he added.

LeoVegas generated €394m in revenue and €46m in adjusted EBITDA during the twelve months ended June 30, 2022. The business is headquartered in Stockholm with further operational offices in Malta, Milan and the UK.

LeoVegas CEO Gustaf Hagman: “This milestone will mark the beginning of a new chapter in the LeoVegas saga. As we now join forces with MGM, we are looking forward to the next 10 years and to establish LeoVegas as the world’s largest iGaming brand.”

MGM Resorts believes the acquisition of LeoVegas will provide a unique opportunity for the American casino-giant to create a scaled global online gaming business.

MGM said LeoVegas’ online casino and sports betting capabilities and strong customer base outside of the US is expected to further expand MGM Resorts’ presence around the world, while LeoVegas’ management team has demonstrated the ability to develop a robust and scalable technology platform with advanced product offerings.

Moreover, MGM pointed out that LeoVegas has operated profitably as a high-growth platform since 2014. From 2017 to 2021, LeoVegas’ compounded annual growth rate for revenue was 16%, while maintaining strong profitability. 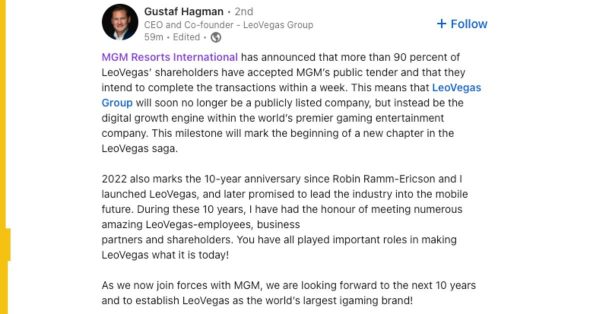 Gustaf Hagman, LeoVegas CEO, who co-founded the company together with Robin Ramm-Ericson in 2011, commented: “Joining forces with MGM Resorts is a major win for LeoVegas and we’re excited to begin working with our new teammates to build upon the work we’ve done over the last 10 years.”

In a LinkedIn post, Hagman pointed out the company celebrates its 10-year anniversary in 2022.

“This milestone will mark the beginning of a new chapter in the LeoVegas saga. As we now join forces with MGM, we are looking forward to the next 10 years and to establish LeoVegas as the world’s largest iGaming brand,” he added.

LeoVegas will now begin the process of delisting from the Stockholm Stock Exchange. The combined business aims to expand within existing gaming segments while also entering new verticals.