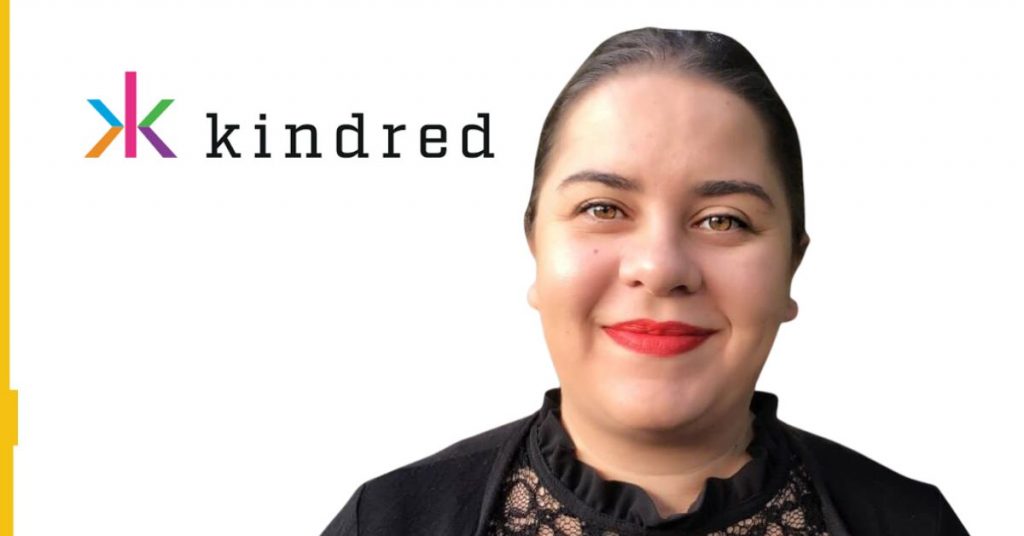 Kindred’s head of responsible gaming and research Maris Catania has left the operator after more than 13 years.

Catania, who held various RG-related roles throughout the years, has been replaced by Esther Scheepers.

Catania wrote on LinkedIn that throughout the past 13 years she has seen RG evolve “from a non-existent necessary evil to an area on the top of the agenda”, although “more work is always needed”, she added.

Catania said she has decided to establish a consultancy business focused on responsible gambling. “Of course, I will always be grateful for Kindred for all the opportunities they have given me, and I will still work with the company to continue on several projects especially research ones.

“I just feel that after all these years, I want to expand my knowledge to other areas and hopefully help others through RG research and RG initiatives,” she said. 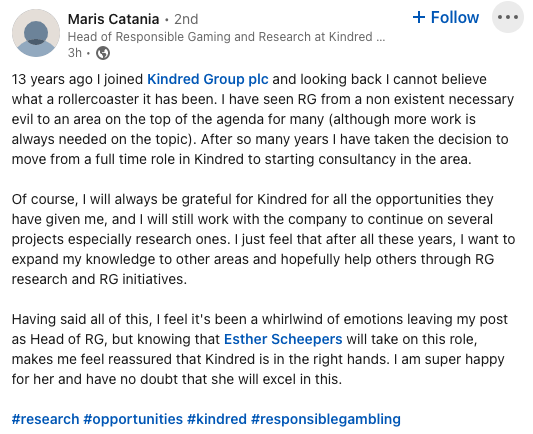 Catania joined Kindred in 2009 as fraud analyst before taking on the role of responsible gaming manager in 2011.

In 2015, she became integrity analytics manager, while in 2019 she was promoted to head of responsible gaming and research.

Catania has been instrumental in shaping Kindred’s “journey to zero”, the operator’s initiative to reach zero revenue from harmful gambling by 2023.

According to Q3 2022 figures, 3.8% of Kindred’s revenue was derived from the harmful gambling behaviour of its consumers.

Scheepers, meanwhile, is an experienced RG professional herself and has been with Kindred for more than 10 years.

She was previously responsible for Kindred’s Player Safety Early Detection System, the operator’s in-house early detection system that flags players that may be at risk for gambling related harm.