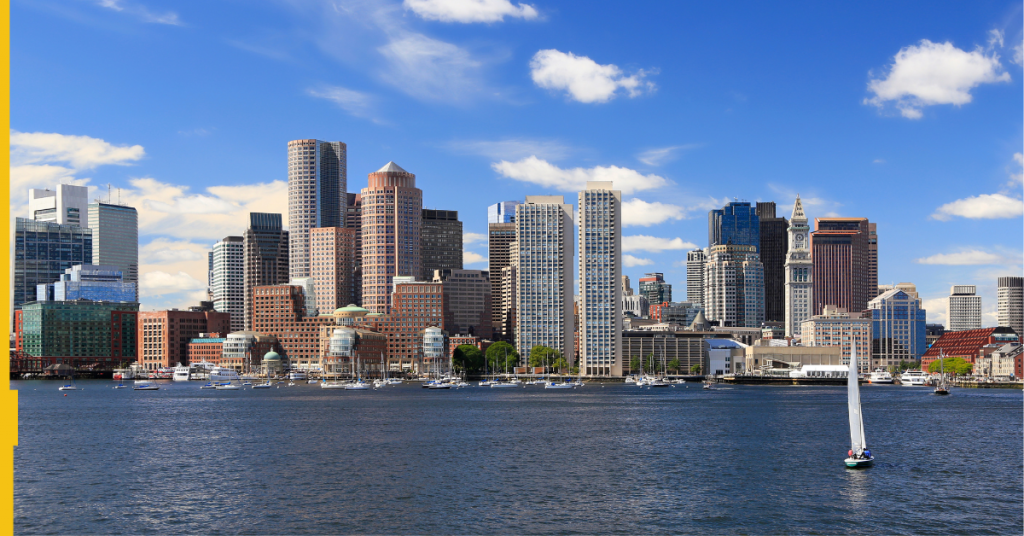 MGM Springfield, Penn Entertainment’s Plainridge Park and Wynn’s Encore Boston Harbor in Everett are all expected to take bets that day. The three sportsbooks will open under the BetMGM, Barstool Sportsbook and WynnBet brands, respectively.

Each property had set aside space and began constructing sportsbooks before the state’s sports betting legalization bill was signed into law in August 2022.

Massachusetts regulators have advanced 12 mobile sports betting licenses ahead of the projected March launch. Officials have not given a firm launch date, but the inaugural legal mobile bets are expected to be placed before the first games of the 2023 NCAA Men’s Basketball Tournament, which is the most wagered-upon sporting tournament in the country each year.

FanDuel, BetMGM and Caesars, as well as Boston-based DraftKings, are all set to take online bets on the first day with legal mobile betting. Combined, the four companies have more than 80% of the national sports betting handle.

Other national brands including WynnBet, PointsBet and Barstool are also positioned to take online bets on the go-live date. Bally Bet and Betway, two other operators that are each already live in at least a half-dozen other US jurisdictions, have also had licenses approved, but it does not appear they’ll start taking bets on the same day as the aforementioned operators.

Fanatics officials told regulators they expect to launch their mobile sportsbook in March, but were likely not going to do so on the opening day. Fanatics opened its first retail sportsbook Friday in Maryland and Massachusetts could be its inaugural legal mobile betting market.

Microbetting-focused start-up Betr is also set to go live in Massachusetts, potentially as early as March. The operator’s real-money platform is only live in Ohio currently.

Mobile betting is expected to make up the vast majority of the state’s betting handle. In Maryland, which started mobile betting in November 2022, online wagering already makes up more than 95% of all bets placed.

Connecticut has the most options of New England state currently, with DraftKings, FanDuel and Rush Street Interactive’s PlaySugarHouse.

Maine could have up to four legal betting options, but mobile wagering won’t begin until at least this summer. Vermont lawmakers are considering legalizing sportsbooks but even if legislation is passed, legal betting likely wouldn’t begin until the very end of 2023 at the earliest.