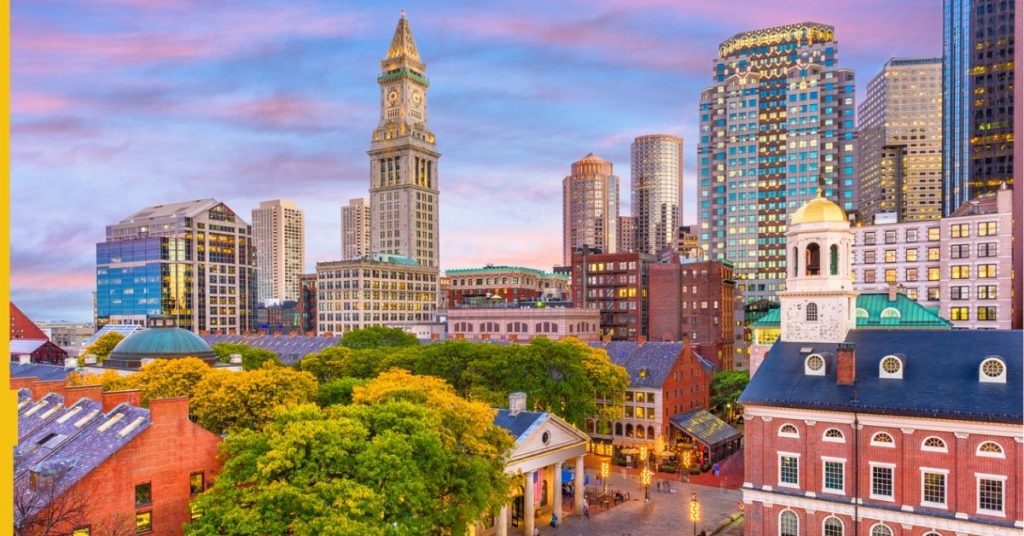 Both the Massachusetts House and Senate have passed online sports betting bills but massive divisions between the two proposals continue to postpone legalization.

Facing the end of the 2022 legislative session later this month, it remains unclear if one of the nation’s top remaining sports wagering legalization hopefuls will join the more than 30 other states with legal sportsbooks.

Republican Gov. Charlie Baker and members of the Democratic-controlled legislature have supported wagering since 2018, shortly after the Supreme Court struck down the federal wagering ban and allowed states to legalize sportsbooks.

By passing bills out of both chambers this year, Massachusetts is technically closer than it ever has been to sports betting approval, yet lawmakers have not reached consensus despite bipartisan support.

Meanwhile, Massachusetts residents seem increasingly supportive of legalization. A recent University of Massachusetts Amherst poll found only a fourth of Bay State residents opposed legal sportsbooks, while a 42% plurality were in support and one-third were undecided.

“Given these numbers, it seems quite possible that a majority may come around to supporting legalization, especially if advocates mount a campaign,” said Jesse Rhodes, professor of political science at UMass Amherst and associate director of the poll, in a statement announcing the results.

That hasn’t been enough to sway Massachusetts lawmakers.

After several years of refusing to take up a sports betting bill, the Senate passed legislation earlier this legislative session. The Senate proposal prohibits bets on college sports teams, has one of the nation’s highest tax rates and would dramatically restrict advertising, elements that are largely opposed by sportsbooks and industry stakeholders.

Umass Amherst professor Jesse Rhodes: “Given these numbers, it seems quite possible that a majority may come around to supporting legalization, especially if advocates mount a campaign.”

These conflict with the more permissive parameters of the House bill, which allows college betting, has a more business-friendly tax rate and fewer ad limitations. The American Gaming Association (AGA) is among the industry groups to have supported the House version.

Supporters of the House measure argue a less restrictive bill would help the legal sportsbooks better capture customers from offshore sites and unlicensed bookmakers. Without a tax rate and advertising capabilities in-line with the industry averages in other states, proponents of the House proposal say would-be legal books will not be able to compete.

Backers of the Senate proposal include many of the state’s leading colleges and universities, which oppose permitting wagering on their athletic programs. The Senate bill’s ad restrictions would also help prevent problem and underage gambling, supporters argue, while the higher tax rates could in turn generate more revenue for the state.

A conference committee of both House and Senate members met last month to create a bill both chambers could approve. It remains to be seen if that is politically possible.

Lawmakers from both chambers have remained coy publicly about a compromise.

Rep. Jerry Parisella, one of six members on the joint conference committee, is scheduled to address a conference of state lawmakers and gaming industry figures in Boston on Friday, but it appears unlikely a deal will be reached by then.

Massachusetts is the center of the Boston metropolitan arena, one of the nation’s most populated, and could permit more online sportsbooks than all other New England states combined.

DraftKings – one of the biggest sports betting operators in the US – was founded and is headquartered in Boston. It is also home to one the nation’s most highly educated and affluent populations, as well as some of America’s most-followed sports teams, all factors that correlate positively with sportsbook participation.

Both the interest – and stakes – for legalization are clear. Getting a palatable proposal between a divided legislature is far less so.