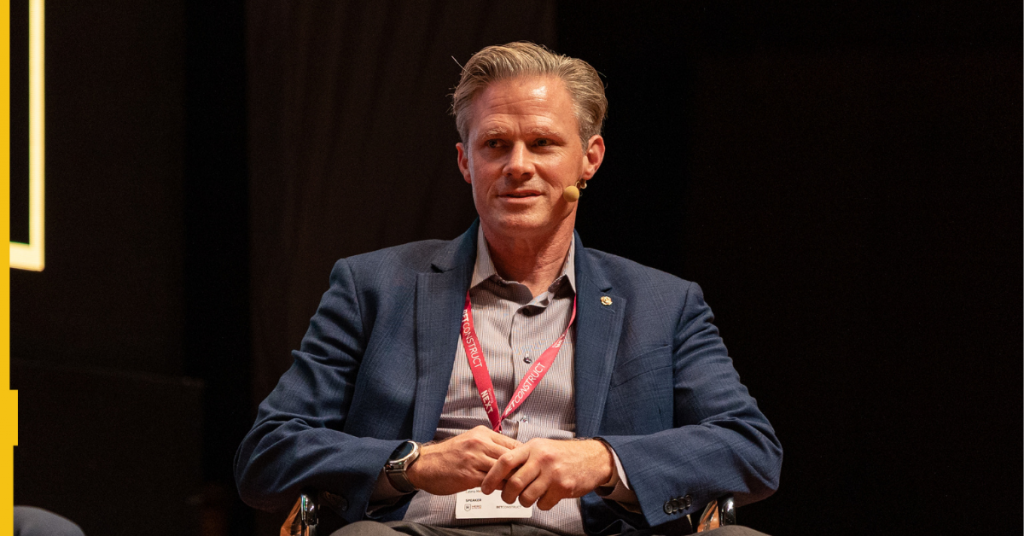 US online gambling stakeholders must collaborate more effectively on responsible gambling to avoid the introduction of highly restrictive regulation, according to Catena Media CEO Michael Daly.

Don’t fly too close to the sun

In conversation with iGaming NEXT, Daly explained that increasingly strict measures in European markets – including the UK – should serve as a warning to the US industry that it must get its RG affairs in order as a matter of urgency.

Looking to the UK, where ever-tightening regulations dominate industry discussions, Daly said: “The UK is a very interesting space. To me, it’s an example of what I don’t want the US to become.

“I don’t want us to let the pendulum swing so far that when it swings back, it kills the golden goose. The pendulum has swung very far in the UK in the other direction, because let’s face it, everybody in the industry took it too far.”

In the UK, where factors including the extreme prevalence of gambling advertising seem to have created an almost universally negative public view of the industry, Daly suggested that companies had “exploited rather than explored” the market.

This resulted in increasingly tight regulations for operators, he argued.

If a similar situation plays out in the US, Daly suggested, it could be damaging for firms, almost all of which have still not been able to turn a profit stateside.

“If you’re an operator not making money today and all of a sudden responsible gambling requirements get tighter, then we’ve made a really big mistake,” he said.

For that reason, Daly thinks the time is now for US stakeholders to begin collaborating, rather than competing, when it comes to responsible gambling.

“I think we need to figure out how we’re doing responsible gambling as an industry, what that means, what the messaging is and what the limits are,” he suggested.

“Regardless of the fact that each state has its own regulatory body we need, as an industry, to get our act together.”

“I don’t want us to let the pendulum swing so far in the US that when it swings back, it kills the golden goose.”

While this will undoubtedly be a big challenge in competitive North American markets, Daly suggested it was essential for the sector to avoid shooting itself in the foot.

“I don’t know how you get us all together in a room to make us all want to talk. Companies are always looking for a competitive advantage and say ‘well, if they’re doing that, I’ll do a little bit more of this, and that makes me a better operator in the near term’.”

But instead of throwing everything at short-term revenue, he suggested, firms should be taking a long-term approach to RG while recognising its growing importance as US markets mature.

Slow to set the pace

Since the repeal of PASPA in 2018, you could argue that few companies have put responsible gambling front-and-centre of their business strategies.

While some of the industry’s best-known businesses – such as FTSE 100 operator Entain – have been publicly banging the RG drum in the US, others have so far failed to recognise its importance.

One possible reason for that, Daly suggested, is the way the market is made up.

“We’re publicly traded companies for the most part, so the near term is often where the focus lies,” he said. “Responsible gambling is a longer term play. It has to be there all along, but it’s not something you do just for the press release now.”

Starting with 2023, Daly insisted the industry must pay more attention to RG or prepare to face the music, especially since recent coverage from outlets including the New York Times has painted a poor picture of the sector and its lobbyists, scaring legislators in the process.

“I think responsible gambling will come more into focus across all sectors this year, and if you choose to ignore it, then ‘buyer beware’, so to speak.”

For Daly, who leads one of the gambling industry’s largest and most prominent affiliate groups, that means something different to what it means for operators.

“At Catena, we’re working on what we should be doing more of and that’s a major issue for us this year. But we’re a small cog in a big wheel, so unless everybody’s doing something that’s going to be aligned, then it’s going to be disjointed and not help the industry,” he said.

With regards to what the affiliate’s role is in practice, he said: “The responsible side of being an affiliate is making sure that you have the alternative view on whether what’s on offer are really good bets.

While affiliates can play an important role in the adoption of RG measures across the industry, their impact will be limited without widespread buy-in from operators at the same time.

“As an affiliate it’s difficult – we’re sort of handicapped because we don’t see how the players are actually playing on the sites, that’s on the operators,” he concluded.